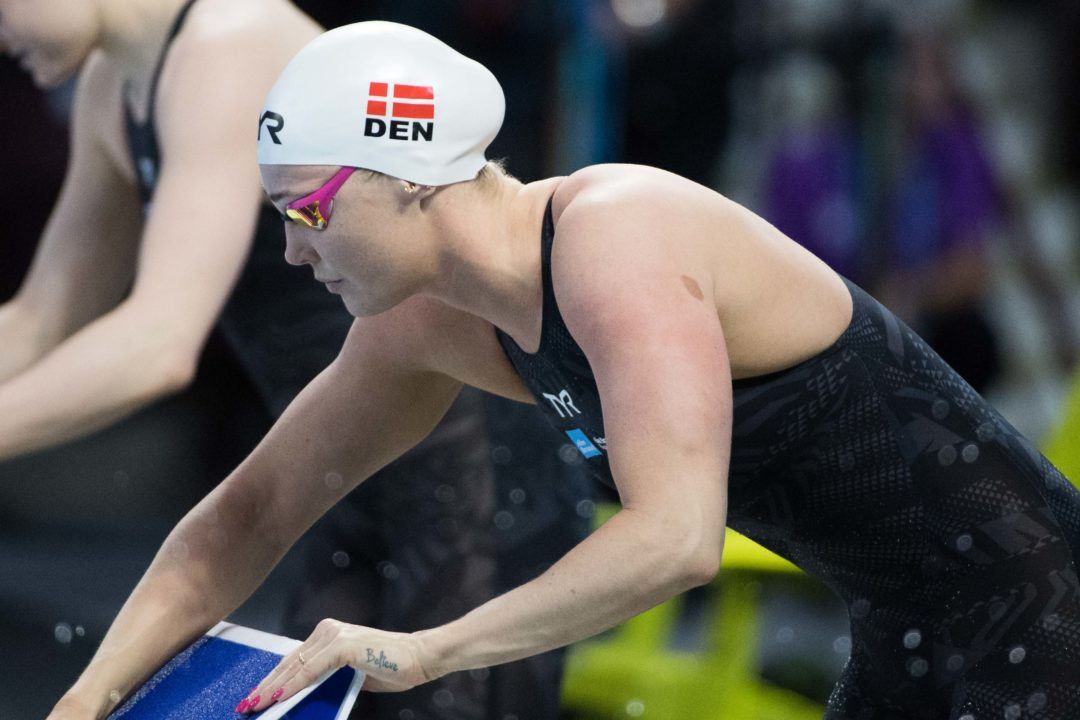 Clocking a time of 26.25, Ottesen finished with the silver behind winner Emilie Bechmann, but cleared the 26.34 qualifying standard for Gwangju. Bechmann took the gold in 25.89, while Amalie Mikkelsen also landed on the podium with bronze in 26.69.

For Ottesen, the 31-year-old had missed out on 100m free relay qualification, so tonight’s performance must bring some relief to the mom who gave birth to a daughter in December 2017. She has just recently gotten back into international racing with her first meet this year represented by the Edinburgh International Swim Meet last month.

Katerine Bukh Villesen won the women’s 400m IM tonight in 4:47.92 but would have had to have dropped another 4+ seconds to hit the World Championships-worthy mark of 4:43.06.

Alexander Aslak Norgaard threw down a new national record in the men’s 1500m freestyle. Entering tonight’s session, Norgaard’s personal best rested at the 15:10.88 he registered last year in Helsinki at the European Junior Championships, That time gave the 19-year-old the silver medal at those championships.

Tonight, however, Norgaard dipped slashed that lifetime best to bits, stopping the clock at a quick 14:55.56 to take the gold ahead of clubmate and former NC State standout Anton Ipsen. Ipsen settled for silver in 14:58.09.

Both men qualify for Gwangju by beating the 15:07.38 selection standard, giving Norgaard another feather in the cap of his young career. With his performance tonight, teen Norgaard now sits 4th in the world, as Italy’s Gregorio Paltrinieri nailed a world’s best of 14:38.34 tonight as well.

The old Danish national record was represented by Mads Glaesner‘s time of 14:58.55 from way back at the 2009 edition of these championships.