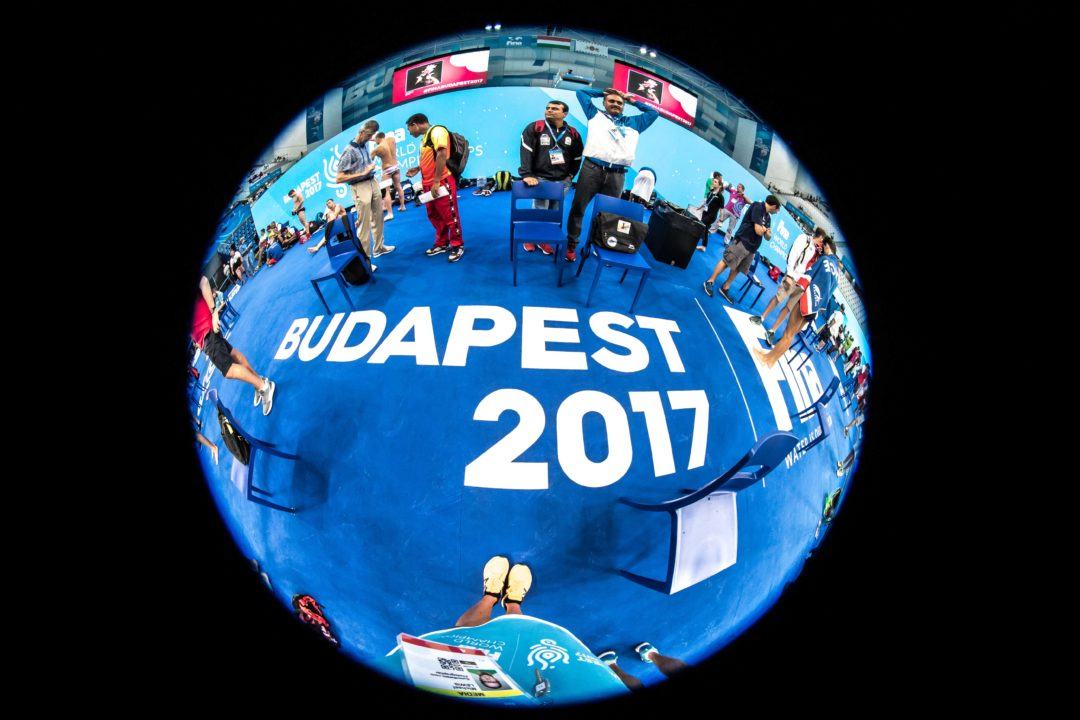 Only four national records went down in the continent of Africa on day 5 of the 2017 World Championships, but the margins by which those records were broken shows some serious progress in a continent that has traditionally lagged behind the world in swimming. Stock photo via Mike Lewis/Ola Vista Photography

Only four national records went down in the continent of Africa on day 5 of the 2017 World Championships, but the margins by which those records were broken shows some serious progress in a continent that has traditionally lagged behind the world in swimming.

The biggest outright margin was 12 seconds. That came from Madagascar’s Lalanomena Andrianirina in the men’s 200 back. FINA’s world ranks database shows the fastest Malagasy swim on record as a 2:33.5 from Richard Randrianandraina at the 2007 World Champs. While it’s certainly possible a faster swim in the decade since didn’t make its way into the FINA database, Andrianirina was 2:21.04 this morning in heats to obliterate the old record.

And then there’s Felipe Gomes, who smashed the Malawian 200 breast record by 11 seconds in heats. The previous mark, according to the federation’s website, was a 2:40.09 put up by Rory Buck back in 2005. A search of FINA’s world ranks database shows no registered swims for any Malawian since then, though it’s certainly possible that record fell in an unreported swim over the last 12 years.

But Gomes will now officially hold the national record at 2:28.94, crushing the old mark by more than 11 seconds.

Meanwhile Lidwine Umuhoza Uwase put up what will be the first Rwandan 100 freestyle in FINA’s world ranks database. She went 1:16.00. With no swims turning up in FINA’s database and no set of national records on the Rwandan swimming federation website, Uwase’s swim appears to set a new national mark for Rwanda, which is appearing in only its fourth FINA World Championships as a nation.