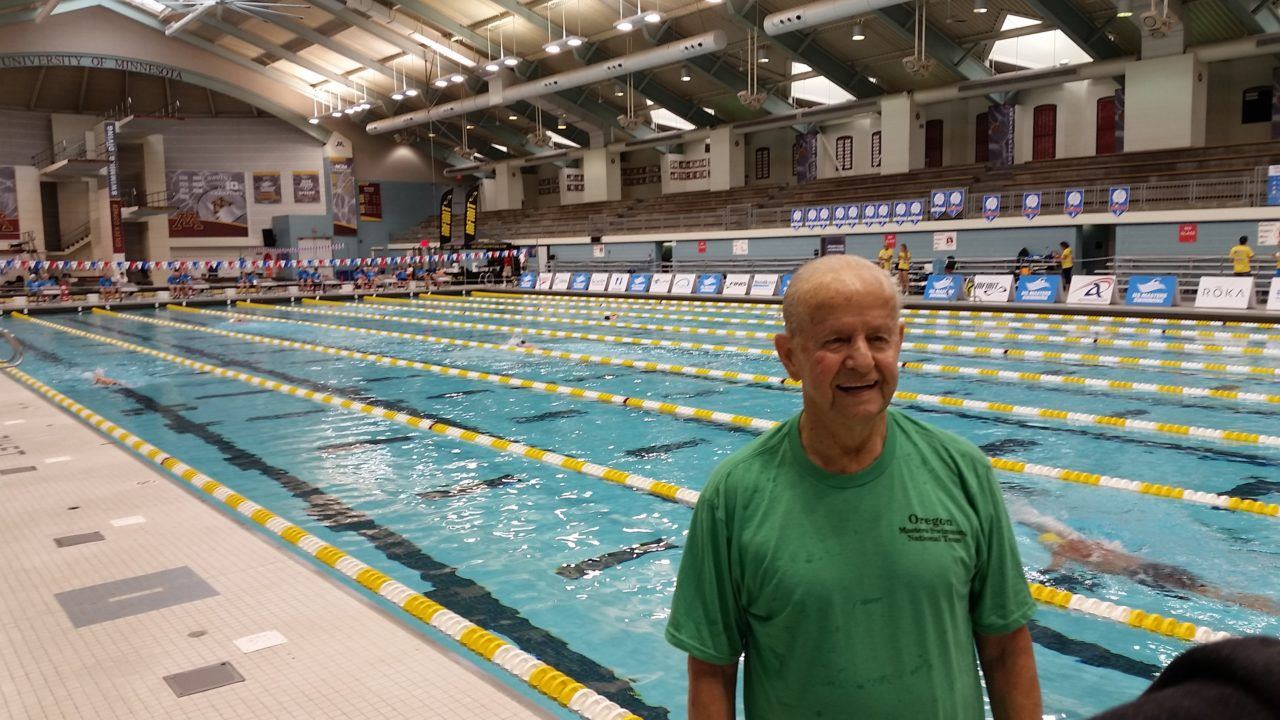 95-year old Willard "Wink" Lamb wasted no time obliterating the 1500 record, which had been in place since 1999. Current photo via Oregon Masters Swimming 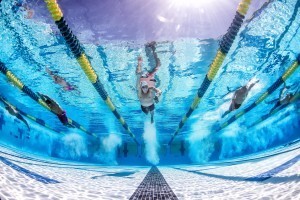 US Masters Nationals began on Wednesday in Minneapolis, and 95-year old Willard “Wink” Lamb wasted no time obliterating a record that had been in place since 1999.

As for his current workout routine, Lamb works out in a 32-yard pool. Monday-Thursday he swims 14 laps of freestyle, then 16 more, then 14 again, then finally another 16 laps with 30 second breaks in-between segments for a total of 60 laps. On Fridays, he swims 60 laps of freestyle straight through. He follows that up with a six backstroke, then two laps of sprint free with 30 seconds rest in-between, then two more cool-down. The whole workout takes him about 50 minutes, and he’s kept up this routine for the past five years.

A member of Oregon Masters Swimming, Lamb swam in high school then fought in World War II. He was a member of the famed 511th Parachute Infantry Regiment.

Congrats, Willard! We can all only hope to be in as great shape when we’re pushing a century.

Kinda slow. Does he even lift lift?

Just kidding, what a stud!

So glad I read the second line before responding! And, completely relate to the user name 😛

He had been lifting before this race, but he will start to decrease his workload in the coming weeks to prepare for his taper meet!

Wow. Maybe I should try to break this when I’m 100