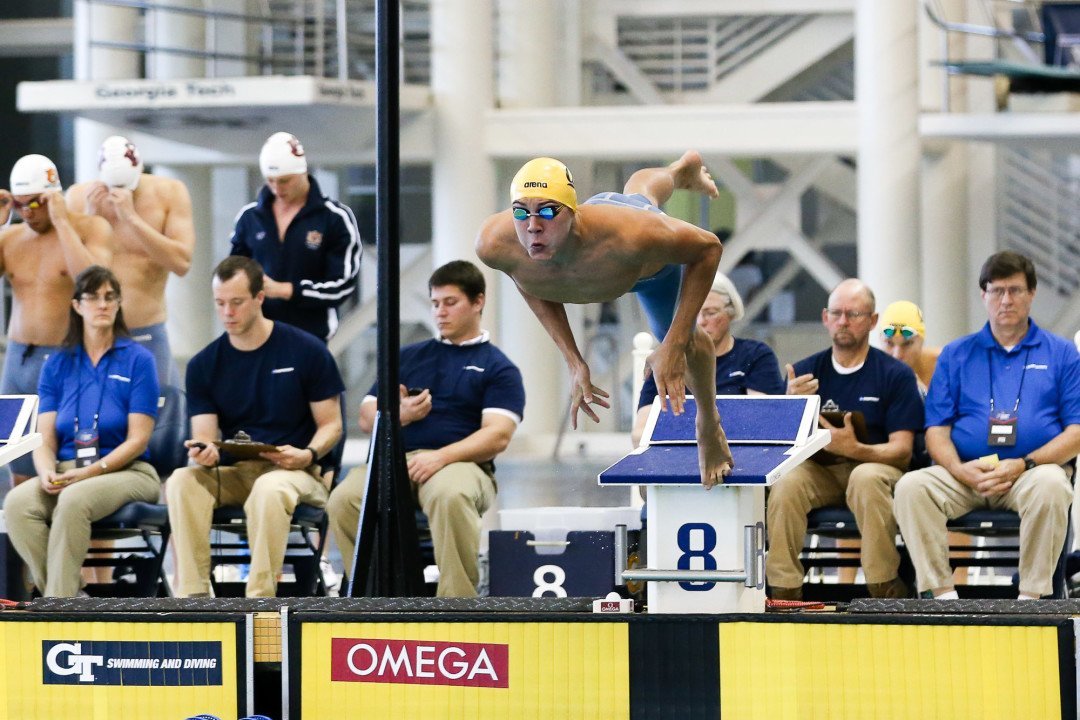 Gutierrez touched in 1:48.58 to take silver behind Texas' Jeff Newkirk (1:48.17), clearing the Mexican National record in the event. Archive photo via Tim Binning/TheSwimPictures.com

Mexican Olympian Long Gutierrez of the Cal Golden Bears didn’t hit the wall 1st in the men’s 200 free final at the 2017 U.S. Open, but he still broke a record. Gutierrez touched in 1:48.58 to take silver behind Texas’ Jeff Newkirk (1:48.17), clearing the Mexican National record in the event. Per the official list of records kept by the Mexican Swimming Federation, the former record stood at a 1:48.87 done by Gutierrez at the 2015 Pan American Games.

In tonight’s race, Newkirk used his front end speed to get ahead of Gutierrez, flipping in 52.40 at the halfway point to take give himself an advantage of nearly a full second over Gutierrez’s 53.34 split. Gutierrez started to close the gap on the 3rd 50, but Newkirk never relinquished his lead as Gutierrez ran out of room.