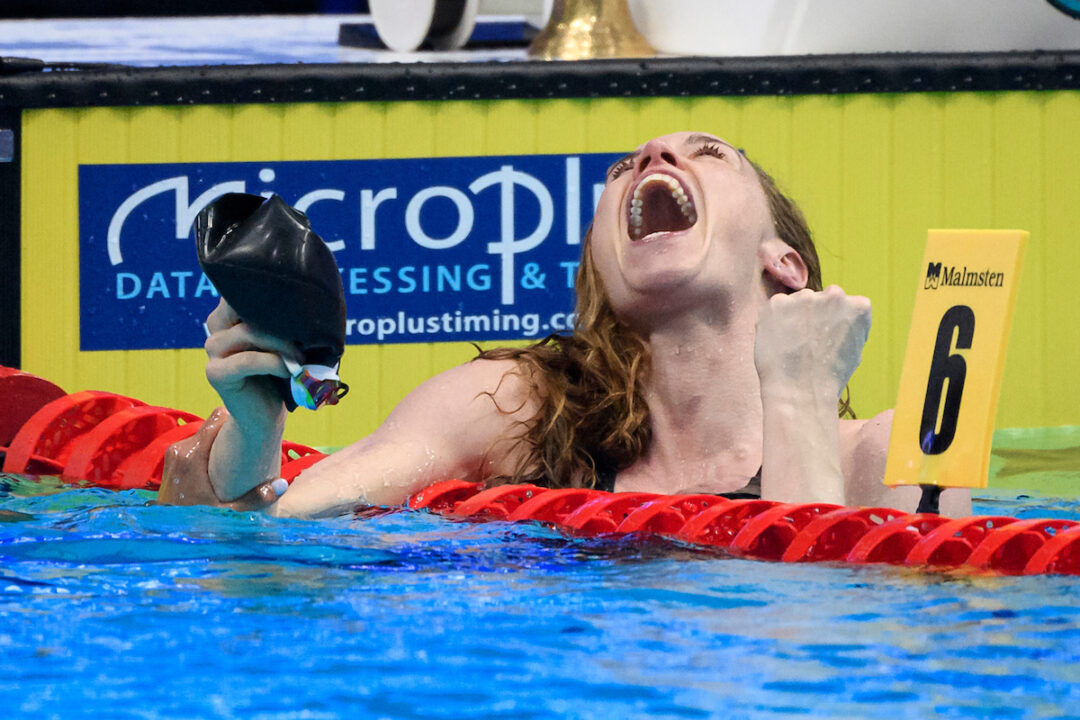 Frederike Johanna Maria (known more popularly as Femke) Heemskerk will turn 34 one month after her 4th edition of the Olympic Games. She has experienced an Olympic career that began in 2008 and was immediately rewarded by the finest medal.

At the age of 21, together with other 3 Dutch stars (Ranomi Kromowidjojo, Marlene Veldhuis and Inge Dekker) Femke brought a country of just 41,500 square kilometers, slightly larger than the U.S. state of Maryland, to the top of the Olympic podium at the 2008 Beijing Games in the 400 free relay. That meant ahead of super powers like USA and Australia.

An Olympic gold is an Olympic gold, period. Just as the value of any medal is equally priceless, whether it has been won at the World or at the continental championship. And Femke, since 2008,  has collected many precious medals during her career.

However, there is also a big “BUT”, which arrives spontaneously and unstoppably, like a punch in the face of this loved and respected champion, who has never denied a smile. Never. To anyone.

The “but” for this beloved champion because the majority of the major medals collected by the Dutch queen, just like the one at the 2008 Olympics, came from relay races. That is especially true of her gold ones.

Nothing is wrong with that, but those who have followed Femke’s evolution over the years have often been a little disappointed. She often showed up at the starting blocks as the favorite for the win and then missed the biggest goal in the individual competition. She changed distance, from 50 to 200, and opponents, especially in the European field throughout her career. From 2010 to 2019 Femke earned 4 silver medals individually and 3 bronze medals individually at the long course European Championships, but no gold. Not one.

A spell, a curse that Femke herself has repeatedly tried to exorcise. Like in 2016 when, after dominating the first 2 rounds of races and for more than 190 meters out of 200 during the European final, she surrendered to Federica Pellegrini for only 4 hundredth of a second, collapsing at the end, under the weight, perhaps, of her own fear of winning. The far of being not only great, but the best.

Eternally second, a character for whom it is spontaneous to cheer, a great champion who misses her day of glory, and who has not been able to listen to Het Wilhelmus (the anthem of the Netherlands) without 3 other teammates on the podium with her.

And this would probably have also been Femke Heemskerk‘s “same old journey” to Tokyo 2020, if the Games had actually taken place in 2020.

But things went wrong in 2020 and, since every change is also an opportunity, she took her chances to change her path.

In 2021 Femke Heemskerk seems to have finally managed to shake off the shadow that prevented her from expressing herself to the maximum level of her talent and after many problems related to a COVID-19 infection (for her and her husband), she arrived at the European Championships in Budapest, more fierce than we had ever seen and blessed with a new, achieved, serenity.

After 23 international medals (LCM), Femke’s first individual gold has arrived, in what is honored far and way as the main event, the 100 freestyle. It seems almost a coronation, even if the Dutch multi-champion certainly doesn’t need it. Perhaps a release, then. Certainly, a great confidence boost for the Olympic Games which could, once every curse be dispelled, be her moment.

At the Olympic Games, she will arrive aware that she has more kilometers on her shoulders than most of her opponents, who will be younger and fresher, but equally aware that now winning is no longer a taboo and that 34 years can be the perfect age to live a new “first time”.

At some point of her career the super sprinter Heemskerk was #4 fastest ever swimmer in 200FR event having historically ahead of her only Pellegrini, Schmitt and Muffat.
With her 1:54.6 in April meet she had no close match in the world that season and was considered the main contender for World champion crown in Kazan. And then the 1:56.79 followed in the final race.
I remember the short comment posted by her fan: “Femke, Femke…”. It said all, summarizing her strange career.

She is awesome! Good luck in Tokyo!