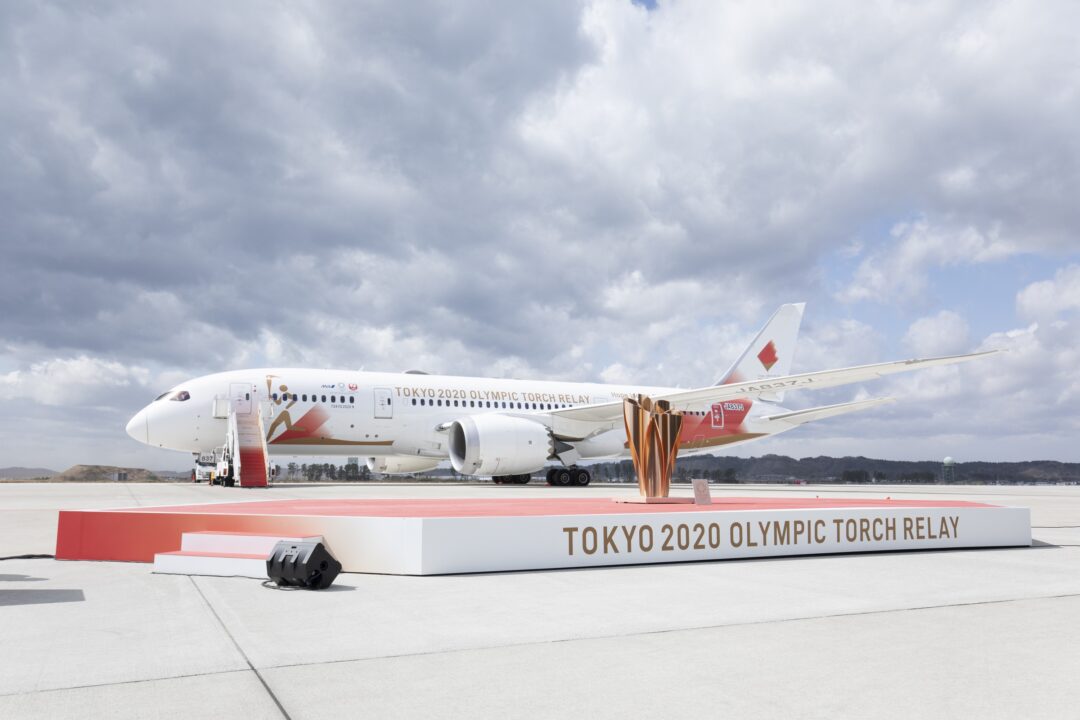 Tokyo 2020 CEO Toshiro Muto has confirmed that the Olympic Games could still be cancelled as COVID-19 case numbers are on the rise. Stock photo via Olympic Torch Stock

According to a report from CNN News, Tokyo 2020 CEO Toshiro Muto has confirmed that canceling the Olympics, which are set to begin in 3 days, is still on the table. Muto spoke at a press conference on Tuesday and offered the following remarks:

“We cannot predict what the epidemic will look like in the future. So as for what to do should there be any surge of positive cases, we’ll discuss accordingly if that happens,”

“During the last five-party talk, it was clearly stated we’ll continue to monitor the coronavirus situation, and a five-party talk will be held if necessary.”

The statement from Muto comes just days before the opening ceremonies of the Games which are scheduled to occur on Friday, July 23. Despite preventative measures, COVID-19 case numbers continue to rise in the Japanese capital and according to a report from Kyodo News, the Tokyo Olympics organizing committee announced 9 new cases of COVID-19 on Tuesday, July 20 which brings the total Games-related cases up to 67.

The suggestion that the Games could still be canceled differs from the statement by IOC President Thomas Bach who said earlier this month that cancellation “was not really an option.”

As the cancellation of the Tokyo Games becomes more likely with rising case numbers, world Sportsbooks have begun to take wagers on the possibility of the Games being cut short.

According to Irish book Paddy Power, “with news of the IOC refusing to rule out the cancellation of this year’s Olympics, the chance of the Games being cut short is now looking more and more likely.” Bookmakers have rated the chances of Tokyo ending early as short as 4/1 which, according to Power, puts an implied 17% probability on the Games ending early.

In addition to overall cancellation, bookmakers have also placed odds on individual sports that are most likely to be canceled, with individual contact sports carrying the strongest odds for cancellation. Artistic swimming is included on the list, but that is likely because of the timing (the last gold medal is given on August 7, very late in the Games), and the nature of the sport meaning that a few positive tests could knock a lot of teams out of the competition.

MOST LIKELY EVENTS TO BE CANCELLED

That ship has sailed. I just watched 2 softball games, so he’s a little late.

Tokyo is offering a solution for a problem that doesn’t exist. Japanese residents are MORE dangerous than all Olympic visitors, who are tested. Japan is untested.

Start with the problem in Japan and until then, keep untested Japanese away from these athletes.

Japan has never attempted restrictions. Everything in Japan are suggestions, not rules. As a result, there has never been social distancing in the most dangerous place, trains. Yes, everyone wears masks. No, it’s not working.

Im flying to Okinawa from Tokyo for vacation after the games. JAL is asking my family to get a PCR test. That’s what is takes to require a PCR test in Japan, flying! Nothing for traveling on more dangerous, more crowded… Read more »

Bravo ! Are you hoisting a big flag on top of that hill ?

They should have moved the Olympics months ago to the great state of Florida, where they have outstanding leadership from Governor DeSantis.

So, bring everyone to one place and put them at risk, and cancel? Makes sense. 🙄

A vast majority of people living in Japan did not want the Olympics to happen for the very reasons we are currently seeing. How shocking that the Olympics are becoming a COVID hotspot /s

That’s implying that the Olympics are bringing in the Covid cases, when Japan (and Tokyo, specifically) have had rising cases well before the Olympics influx. Just check out the countries in the same part of the world…it’s just their time. On top of that, the Olympics so far have produce a relatively insignificant number of cases. Here’s a solid article explaining it: Abrahamson: Keeping COVID in perspective at the Olympics | NBC Olympics

The general population is still going to bars (no alcohol) and restaurants and packing baseball stadiums – cancelling the well controlled, high covid protocol Olympics while the rest of the country carries on as normal is ludicrous.

Some sports are already starting. The US Women’s soccer team plays in about 12 hours at 4:30 AM Eastern time on Wednesday morning 7/21/21