2022 World Champs Previews: Ohashi Will Be McIntosh’s Greatest Challenge Yet 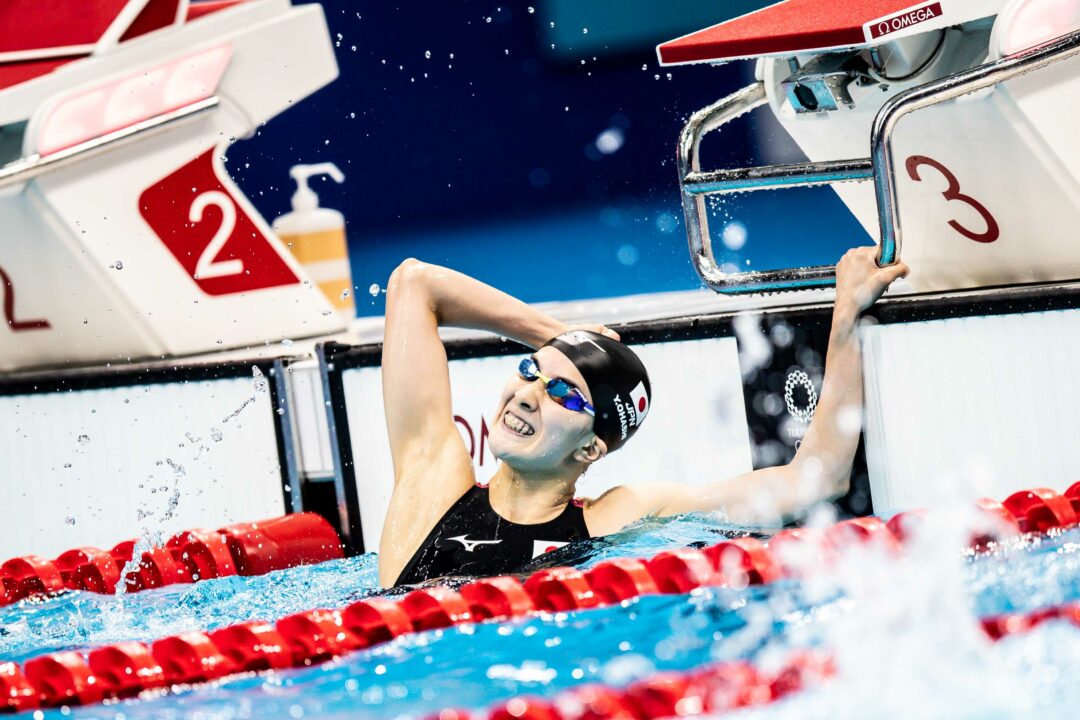 We know that Summer McIntosh has the potential for greatness in the 400 IM, but will she be able to hold off Olympic Champ Ohashi in Budapest? Archive photo via Jack Spitser/Spitser Photography

5 women in the history of swimming have swum a 400 IM in a time faster than 4:30. Those 5 women are Katinka Hosszu, Ye Shiwen, Stephanie Rice, Kirsty Coventry, and, the only one to do it since 2016, Summer McIntosh.

In March 2022 Summer McIntosh added her name to the exclusive list by swimming a 4:29.12. In addition to making herself the 3rd fastest swimmer in history, McIntosh took a full 21 seconds off her former PB and smashed the former Canadian record.

So even if she matches her time from Olympic Trials and is 5 seconds slower than her best, McIntosh would still be faster than any of her competitors have been this season. While that makes McIntosh a solid contender in Budapest, it doesn’t necessarily make her the favorite.

The most obvious candidate to catch McIntosh off guard is reigning Olympic champion Yui Ohashi of Japan. While she has a personal best time more than 2 seconds slower than McIntosh, Ohashi has experience racing at the highest level.

In order to decide whether McIntosh or Ohashi is the pick for gold in Tokyo, we need to balance recency with consistency. While McIntosh popped this year and showed recent speed, Ohashi is both a proven entity at the top level.

As the reigning Olympic champ and one of the few active swimmers who has been under 4:31, Ohashi is our pick for this event, with McIntosh close behind.

So, who is the pick for bronze?

The American entrants in Budapest will be Emma Weyant and Katie Grimes. Weyant won silver in Tokyo with a 4:32.76, while Grimes has a best time in the event of 4:36.17. That puts Weyant in a better position for reaching the podium than Grimes, but it doesn’t lock anything in.

In fact, since January 2021, a total of 4 more women who we expect to race at World Championships have been faster than Katie Grimes‘ season-best of 4:36.17. Those 4 women are Olympic finalists Katinka Hosszu, Aimee Willmott, Mireia Belmote, and Viktória Mihályvári-Farkas.

At just 17 years old, Hosszu’s countrymate Viktória Mihályvári-Farkas threw down a 4:35.99 during prelims in Tokyo before finishing 6th overall with a 4:37.75. While she doesn’t have any long course swims since Tokyo, she has progressed some in short course meters (though nothing that will blow anyone away). She hasn’t raced yet in 2022, though she was pre-qualified for the World Championship team, so it is difficult to predict exactly where she’s at.

Aimee Willmott reached similar territory with her prelim swim of 4:35.28, but won’t be racing at Worlds as she retired in November 2021.

Olympic champion Mireia Belmonte made her return to racing at the Mare Nostrum series but swam a 4:50.93, which is her season-nest. She has not been at her best in the 400 IM in a few years so while she could get herself into the final if she races the event this year but isn’t a lock to get into the top 8.

Our #7 pick for the 400 IM is Japan’s Ageha Tanigawa who qualified for Worlds in March by swimming a 4:36.45 400 IM, marking a huge drop from her 4:41.76 PB at the Tokyo Games. Tanigawa’s drop this season indicates that she’s ready to get into a major international final.

Tanigawa’s trajectory is similar to that of Australia’s Jenna Forrester who entered this season with a 4:39.46 and recently hit a 4:36.77 at Australian Trials. Forrester is the 7th fastest woman in the world this season and will be repping the gold and green in the absence of national champ McKeown. While Tanigawa and Forrester seem to be the most promising new entrants into the 4oo IM final, don’t count out China’s Yu Yiting or Canada’s Cieplucha.

No way. SM with the win and WR. You read it here first 🙂

Seeing her performance at Mare Nostrum I don’t think so…( at least compares with Hosszu’s performance at 2016 where she swept almost all races before she broke the world record in Rio..).

Will we see the start of a new superstar winning golds WCs & Olympic events for years to come in McIntosh?
Only the great ones win WC & Olympic gold at 15-16 years old.

Katinka Hosszu says otherwise. The Iron Lady is one of the most decorated female swimmers in FINA World Aquatics Championships history:

I must say Hosszu impressed me with her performance in France, but McIntosh is going to take that WR – the first of many. People really underestimate her so I’m just backing up what I believe to be the next great superstar in swimming. I could be wrong, but I gotta go with my gut.

Well, she’s a great one for sure.

No way Weyant over Hosszu. Hosszu has more than a second better in season, not to mention the difference in PB. In think they just want to see an American as a medal contender…

Mihályvári-Farkas also raced at Mare Nostrum Canet stop. She swam 04:45,57 in the prelims (in the final her time was 04:50,90, but after a 400 freestyle). She has struggled with illnesses this year, good question, what is she able to in 3 weeks.

You didn’t understand my comment. The gap isn’t more than 2 seconds

It’s like they didn’t even read your question and somehow people still upvoted them.

Looking at the event in isolation, it seems a fairly clear cut victory for McIntosh with Ohashi lurking if she falters.

However, when viewed in the context of the entire meet and where it sits on the schedule; its much less so. McIntosh may still be at the stage and age of knowing no fear … or one’s own mortality but coming at the end of the program with 3 previous individual events (2 over 3 rounds) plus a relay; it’s likely that the fuel situation is somewhat less than optimal in comparison to when she did set her PB.

Am thinking Ohashi is probably the most secure bet for a medal, and it would not surprise to see her… Read more »

Agreed. This will also be a case of how starry eyed/gold blind the Canadian staff/support group around McIntosh is. They have never had anything like her drop into their lap. Hopefully they pay VERY close attention to the Ballad of Katie Hoff who was continuously pushed to do schedules that were beyond her capacity both physically and stress on her mentally all the while being pushed by USA Swimming and support around her to attempt the Phelpsian like endeavors. And while her career has a slew of medals, sadly because of having eyes bigger than their stomachs so to speak, the BIG one that matters – Olympic Gold – eluded her.
Hope people remember. 1 Olympic Gold is better… Read more »

Wow…yeah…that seems kind of crazy. She is a super talent to be sure. But so was Hoff. A lot of what is happening/being said seems familiar to Hoff’s run from 04 through 08. I just hope someone has a voice of reason. Plus, outside the 400IM, she’s got some work to do to win anything else. Seeing comments that she’s going to be unbeatable in every event she’s mentioned in when you have women in those same events named ‘Titmus’, ‘Ledecky’ or even ‘Hosszu’ not to mention some of the Chinese women maybe needs the breaks to be pumped to understand the challenges she will face. She IS a super talent and absolutely could have an amazing career ahead of… Read more »

I do not see any American in the podium. Unless Ohashi – based on her latest performance – is continuing underperforming.