Teenage sensation Summer McIntosh went from being fourth at the Olympics in the 400 free to becoming the #3 performer of all-time in the 400 IM. Archive photo via Jack Spitser/Spitser Photography

After breaking a Canadian age group record in prelims, 15-year-old Summer McIntosh threw down a massive 4:29.12 time in the 400 IM finals at the 2022 Canadian Selection Trials Prep Event. This time is a Canadian record, Commonwealth record, and ranks her as the #3 performer of all-time behind Ye Shiwen and Katinka Hosszu. In addition, her time is also almost three seconds faster than the 4:32.08 that Yui Ohashi swam last summer to capture Olympic Gold.

Fastest Performers Of All Time In Women’s 400 Individual Medley:

McIntosh shaved almost 21 seconds off of her previous best time, which is a 4:50.21 from 2019. Just 8 months from finishing fourth in the 400 free at the Olympics, McIntosh is now faster than any woman who competed in the 400 IM in Tokyo, in an event that she did not even swim at the meet. In addition, she took down three-time gold medalist and former world record holder Stephanie Rice‘s 14-year-old Commonwealth record, which stood at a 4:29.45.

While it’s unclear if there is doping controls at this meet, which would be required for World Junior Record status, McIntosh’s swim is faster than the 4:36.71 done by 15-year old Mio Narita of Japan this week at Japan’s selection meet in Tokyo. Both are under the official World Junior Record of 4:38.53 that Alba Vazquez swam in 2018, and also under the unofficial record of 4:35.94 done by China’s Yu Yiting that was swum last year, but never ratified by FINA.

As she is only fifteen years old, McIntosh has plenty of time to improve upon her already impressive time, and potentially take down the world record in the process.

Not sure in what race you are thinking. Perhaps the 800 which McIntosh doesn’t like much, and she is about 6 to 10 seconds faster than Grimes, but they are not even close in the 400 IM. Grimes can’t touch her on anything lower than the 800.

Grimes is only 16 and also came 4th at the olympics, and Ron Aitken says he thinks she is a 4imer long term.

Obviously summer is better right now, but they are both so young, a lot is going to happen between now and when they both finish swimming.

Summer McIntosh will break every world and commonwealth record in every event she races. Talent is talent, and she just happens to be Canadian. 2024 is hers.

Remember the last time a 15 yr old girl was this fast in the 4im? Yeah you guys went straight to question whether she was doling or not smh

Except McIntosh has been blasting age-group records by wide margins in Canada for several years now, in all strokes. So she just seems to be continuing that trajectory. If you are suggesting that there is some fishy about her performances, then you haven’t been following her career progress.

Ye Shiwen was an Asian games, SC worlds and LC worlds gold medalist before she swam 4:28 in the 4IM in 2012?? Sorry but if you’re using “trajectory” as an argument, it doesn’t really hold because Ye had a pretty fair trajectory leading up to her 4:28

Also, I just wanna mention that I am in no way suggesting that McIntosh’s performance is fishy, I am just disappointed at how different the general audience’s immediate reaction is to each performance.

I mostly agree. But it was an over 5 second PB for an event she had been swimming internationally for years, whereas McIntosh has never swam the 400IM internationally and her last PB was from over 3 years ago so a huge PB drop is less suspicious I guess.

But I certainly agree that the fact she is Chinese affected how people reacted. If Regan Smith was Chinese then she would have had huge questions raised at 2019 Worlds.

I think it’s pretty well known those rankings were whack

She’d have been ranked higher if she were American for sure.

Erika Brown: Bronze medallist in the 100 relay, swimming the slowest leg of the 12 medallists. No individuals finals. Best event was 100 free in which she ranked 20th. She was above other swimmers who won gold medals and literally had better times than her in her best event. And she’s not even young.

Interesting.
And totally unexpected, at least for myself. Especially in early March.
The game is over. She will own this event at least until Paris 2024.
Unless Alex Walsh trains full time for the 400 IM….
But even with that possibility the Canadian teen would be much better in the last 50.
Marchand/McIntosh 200 IM/400 IM gold in Paris. With a very likely world record in the 400 IM for both swimmers.

If Russia isn’t banned in Paris, Ilya Borodin will win the 400 IM. 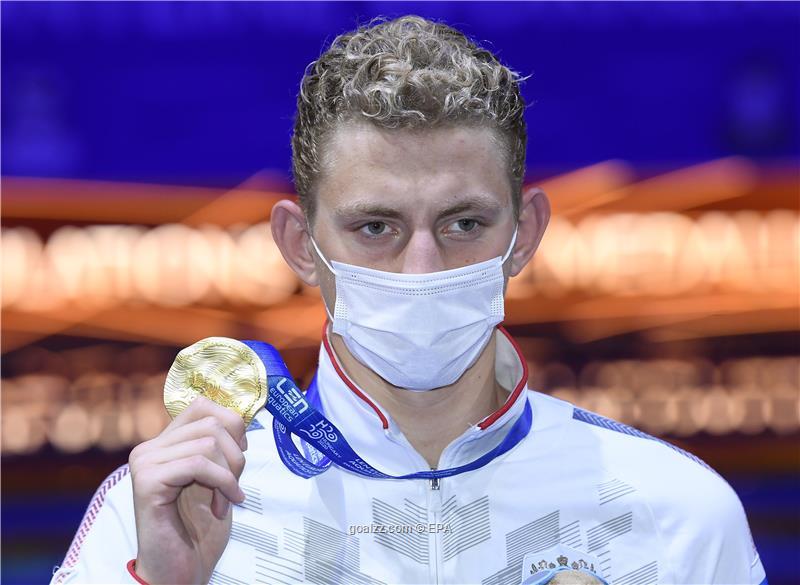 Most exciting in-season swim since Claire Curzan’s 56.2 in the 100m fly.

If Summer holds this form through Paris, she could be the star of those Olympics. Incredible performance for someone so young and I don’t think we have a full grasp of her range yet. If anyone is taking down Ledecky records, it will be Summer, not Titmus. It’ll be interesting to see if Summer has the speed for a strong 200 IM and if she can approach both IM world records.

Summer McIntosh for sure isn’t the best name in women’s swimming. From her own team alone Regan Rathwell clearly is a better name.

I have to say Summer Mcintosh sounds nice, maybe not the best, but hey, everyone has opinions

Your trolling concerning Marchand gets super annoying. He could definitely win gold in the 400 IM, but he isn’t even close to being a favorite in the 200 IM and he for sure won’t break the 400 IM world record.

People are very quick to dismiss any swimmer who has a break or a slow swim but most of the time they bounce back. Glad to see her take the #1 time of the year so far.

She’s skipping Worlds for Comm Games which has been widely criticised. I will froth at the mouth if she breaks a WR at Comm Games while people accuse her of “taking the easy way out”.

She’s going to be at Worlds for sure. Some elite swimmers love to troll the media to take the pressure off themselves.

FINA is awarding 50 000$ per WR and she’s aware of that. It’s a good opportunity to smash 1 or 2 WRs in the freestyle events.

It was her fastest swim outside of a trials or international championship.

I believe she broke Canadian record in 200 fly on Saturday night, with a time that would have been 4th at Tokyo.

she on her way! multi-event (gold) medal threat!