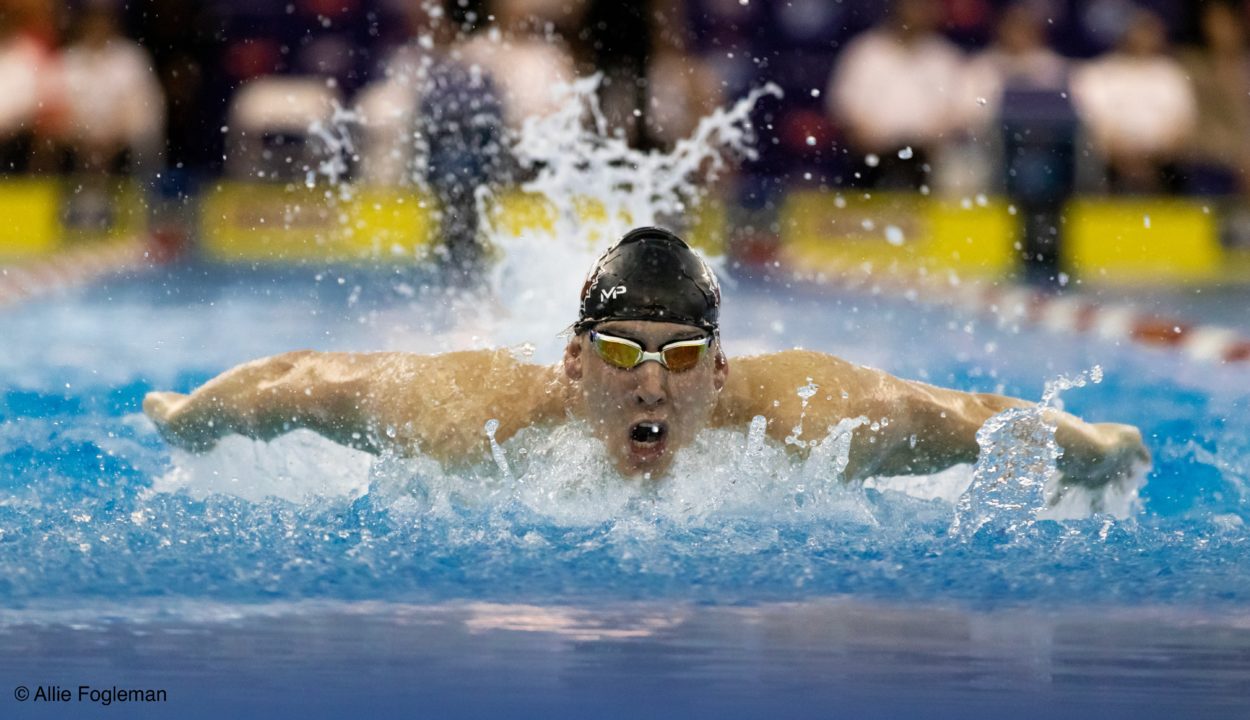 Chase Kalisz has dropped the 200 BR on night 4 of the US Open after finishing 9th in prelims, meanwhile, Kieran Smith will contest only in the 200 BK A-final. Stock photo via Allie Fogleman

Also choosing to swim a stronger-seeded swim is Florida sophomore Kieran Smith, who will contest in the 200 back A-final after finishing in 3rd during prelims. Smith’s other prelims swim was the 100 free, where his 50.15 time was only good enough for 20th place.

Distance stud Erica Sullivan will also swim one event as she is the #2 seed in 1500 free behind Katie Ledecky. During the 200 back prelims, Sullivan finished in 14th, but would have a short turn-around after the fastest heat of the 1500 free if she swam the 200 back B-final.