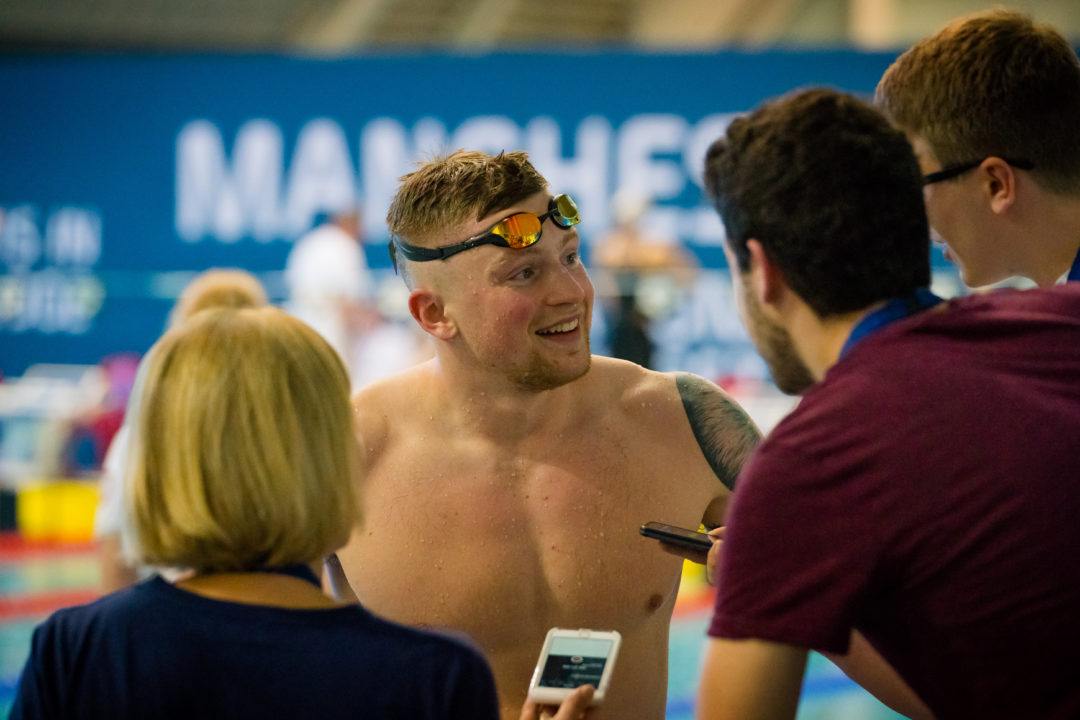 While we're waiting on the official British Swimming roster for this summer's World Championships, let's take a look at the medal standings by club from over the past week in Glasgow. Archive photo via Ben Blackall

The 2019 British Swimming Championships wrapped up last night in Glasgow and we’re anxiously awaiting the nation’s roster for this summer’s World Championships in Gwangju, Korea. A few stars nailed their qualification times en route to gold and are guaranteed spots. These include Adam Peaty, Duncan Scott and Daniel Jervis, for example.

Other contenders for the line-up aren’t so clear, as is the case with James Guy, Siobhan-Marie O’Connor and Molly Renshaw.

Nevertheless, it’s fun to start looking at the statistics post-meet, including revealing the medal counts by club. Sorting the table below first by club with most number of golds, followed by another layer of total medals, Loughborough National Centre took home the team trophy. Capturing 8 golds in all, along with 3 silver and 3 bronze, the team raced their way to 14 medals in total.

University of Stirling was next in line in terms of team standings. Although they only nabbed 4 gold medals, with 3 of them belonging to snadout Scott, the team landed on the podium 16 times in all to sit behind Loughborough NC.

Rounding out the top 3 teams in terms of number of golds and then total medals was Bath National Centre, partly due to Guy’s 2 butterfly wins and a strong supporting cast of Tom Dean, Tom Derbyshire, O’Connor and more.

Look for an additional post breaking down the medal table by nationalities.

Excellent illustration and interesting breakdown. University of Stirling mixing it up with the National Centres and Swansea standing out for Wales- but out with, for Wales and Scotland it is very poor reading.

British Swimming treat UoS as 1 of their national centres, and give it monies, even though it is officially not 1 of their centers. It is 1 of 4 Scottish centres, with Scottish Swimming also giving it a large amount of dollars, along with the investment it gets from its own pockets as an academic institution with a large focus on delivering sport.

If you have proof do let us see the paperwork. Monies for swim Wales and Scottish swimming come vis sporting bodies ( divide from national lottery)

That’s quite interesting. Jacob Whittle competes for a club called derventio which clearly isn’t a big club which makes me a bit surprised as to how he went so quick on the 100 free. Who is he coached by?

Not sure who coaches him, but Derventio is a relatively new age group programme aiming to give kids from the East Midlands high performance coaching across quite a broad geographical distance. System a bit like NCAP (from what I understand of each).

Probably too new to have senior medalists and the town of Loughborough is within its scope, so likely swimmers will move to the NC from Derventio by the time they get to senior age.

The Derventio head coach is Jamie Main and the programme was formed in 2003.

Exactly that – Molly Renshaw, Sarah Vasey & Imogen Clark all moved to Loughborough from Derventio – It’s a very capable set-up. Something about breaststrokers from the East Midlands when you throw in Peaty…

I didn’t know that. I will admit I was thinking that Whittle may struggle to develop considering I’d not heard of the club. But knowing that does make me that little bit more hopeful GB could have a great swimmer rising through the junior ranks