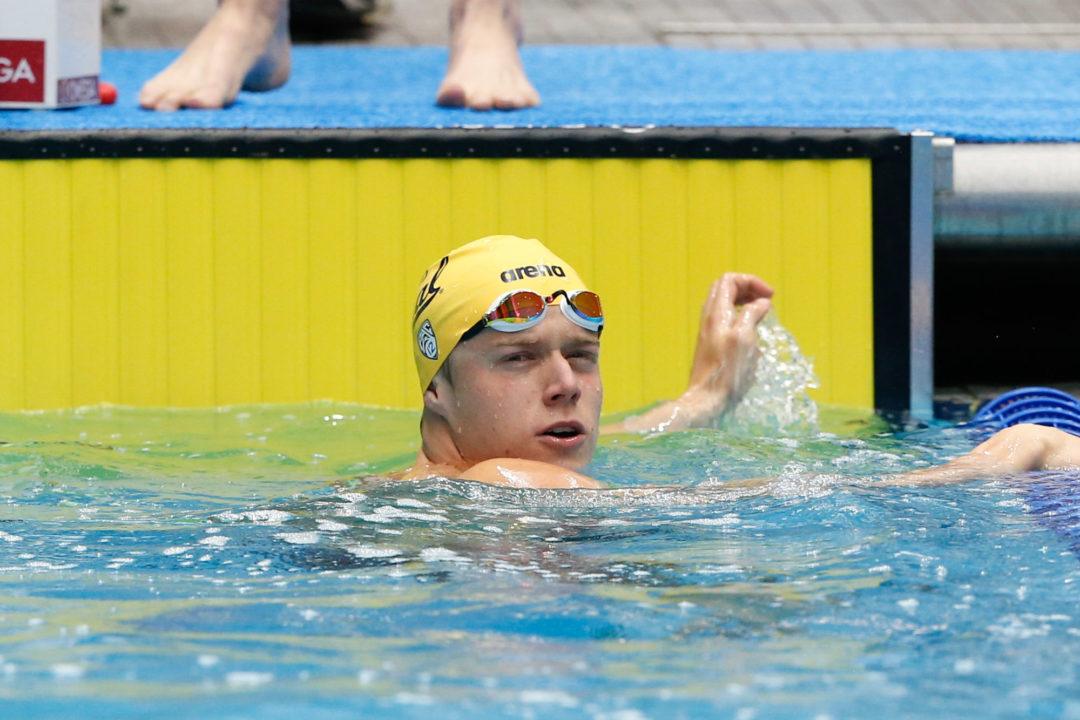 Backstroke stud Ryan Murphy led them off in 44.32, while Connor Hoppe took on the breaststroke leg in a personal best split of 50.97. Transfer Matt Josa picked up the fly leg, blazing to a 44.59, and freshman sprint standout Michael Jensen brought it home in 41.63 on the free leg.

In addition to their American Record, Murphy also notched the 6th fastest 100 back of all time. Murphy currently makes up half of that list.