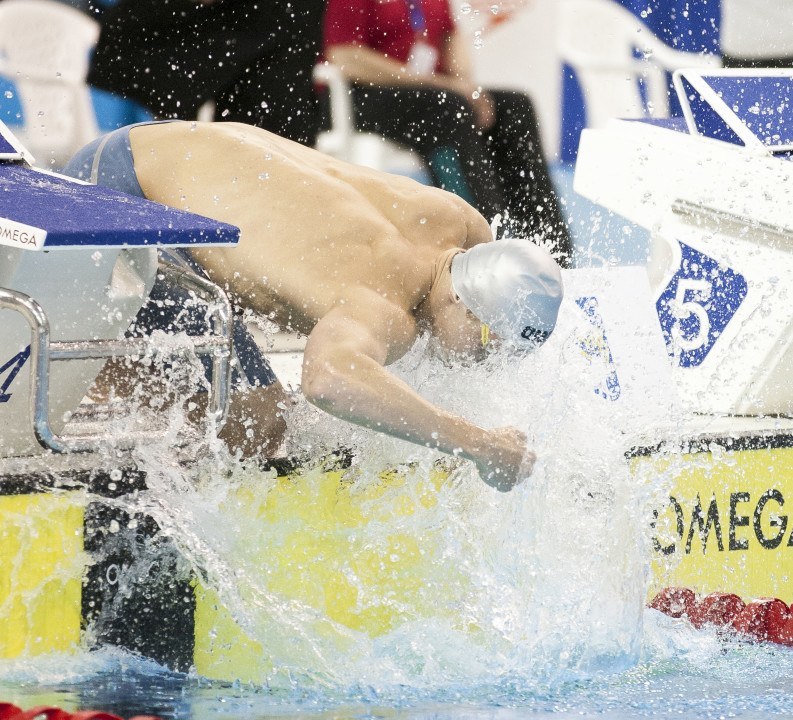 USC's Santo Condorelli scratched out of the individual 100 fly as the #28 seed for Friday's prelims. Archive photo via Chris Tanouye/www.ChrisTanouye.com

USC’s Santo Condorelli scratched out of the individual 100 fly as the #28 seed for Friday’s prelims.

Condorelli wasn’t seeded to score, but after a great long course season in a redshirt year last year, it wasn’t out of the question that he’d have a big NCAA swim. But Condorelli has been pretty busy on USC’s relays, and will likely take a big role in the 200 medley relay Friday.

The only relay scratch of the meet so far was Harvard, who scrapped their 200 medley relay, which came into the meet seeded 25th out of 25 teams. Harvard probably couldn’t use star freestyler Dean Farris on that relay anyways, as he’s swam on all of Harvard’s other relays and will swim the 400 relay tomorrow.

There were no scratches out of the circle-seeded heats, but a fair number of low-ranked scratches. Here’s the full list of event scratches for Friday’s prelims:

No surprise his rib is more broken than Matt Hardy