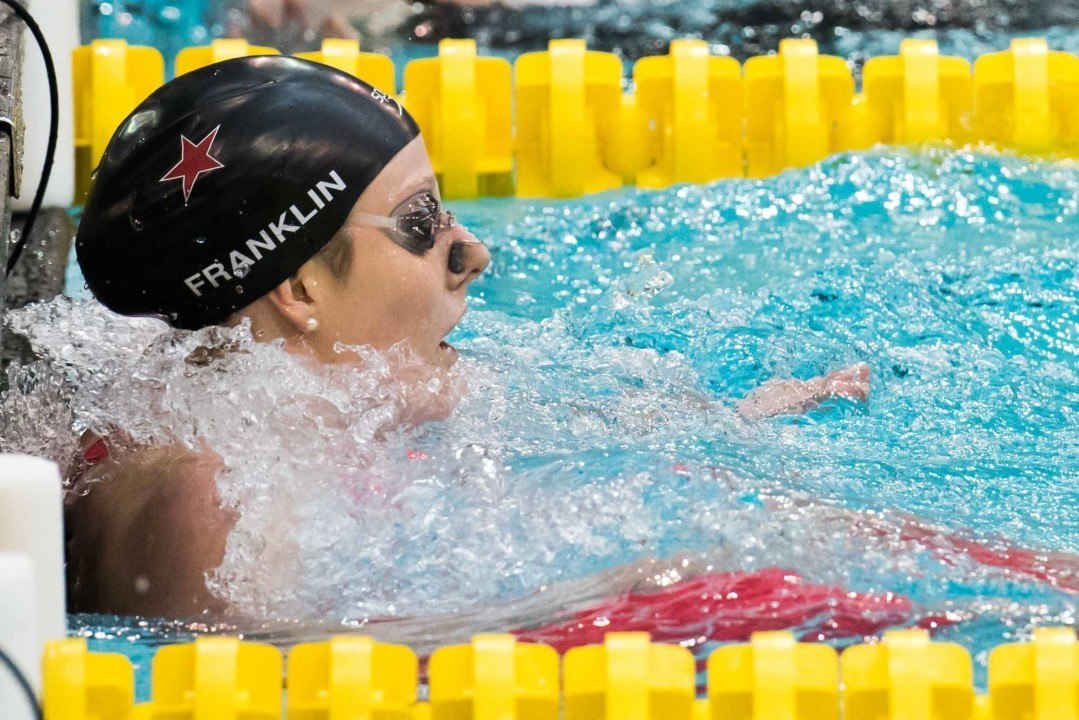 Missy Frankin was the best backstroker on the planet in 2012 and 2013. But now a crowd of young talents threatens her return trip to the Olympics in the 100 back. Archive photo via Mike Lewis/Ola Vista Photography

In a deep event flush with young talent, Team USA returns a pair of swimmers who made the 2012 Olympics as teenagers, but face a big fight to make return trips in 2016. Missy Franklin was the Olympic champ in London, rising to the pinnacle of the sport at just 17 years of age. Much has been made of her swimming since that point – she was dominant at Worlds in 2013, but struggled at Pan Pacs in 2014 while dealing with debilitating back spasms. Then in 2015, she fell to just 5th in this event at Worlds.

All the while, Franklin was completing a college career that – while stellar in its own right – saw her improve mostly in freestyle while stagnating a bit in backstroke. Franklin hasn’t yet bettered her 58.33 from those 2012 Olympic Games, and was just 59.40 at best last year.

On the other hand, a pair of off years has made many fans forget that Franklin is still a generational talent, and at age 21 is already one of the most accomplished swimmers in world history.

That paradox makes predicting Franklin’s Olympic Trials performances an arduous task: the only thing that feels more foolish than trying to ignore her struggles the past two summers is betting against a swimmer who, when she’s on, is arguably the best female swimmer on the planet.

Rachel Bootsma made the U.S. Olympic Team at 18, qualifying up to the semifinals in London. Like Franklin, she hasn’t bettered her 59.10 from London in the years since. Like Franklin, she was counted out by many fans and prognosticators after a poor 2014 season. But like Franklin, Bootsma has also proven that at her best, she can compete with anyone in the U.S. 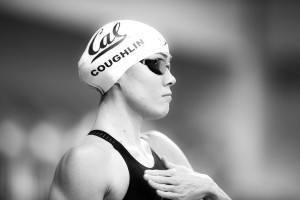 Bootsma responded to a tough 2014 NCAA season by rattling off back-to-back NCAA titles in 2015 and 2016, making it equally hard to write her off this summer. She’s already been near the minute barrier this season, sitting 8th among Americans.

The fastest American this season and last has been veteran Natalie Coughlin. The 33-year-old is aiming for her 4th Olympic team. Though she seemed to be transitioning into a pure sprint freestyler late in her career, Coughlin exploded for a 59.05 leading off the American medley relay at last summer’s Pan American Games. That time ended the season ranked #6 worldwide, and is also just a tenth off Coughlin’s career-best, which won her Olympic gold in Beijing in 2008.

But in an event where juniors dominated the 2012 U.S. Trials, there are plenty of new young rising to the occasion, hoping to unseat their childhood heroes for an Olympic spot in this event in the same way Franklin and Bootsma nabbed the Olympic spots over Coughlin in 2012.

Carmel Swim Club 17-year-old Claire Adams briefly held the junior world record in the 100 back last summer, going 59.58 at U.S. Nationals. Adams was also the silver medalist at Junior Worlds and is one of just 4 Americans to break one minute over the past two seasons. The fourth (along with Coughlin, Franklin and Adams) is Kathleen Baker, who had a storybook run to the World Championships final last summer. Then 18 years old, Baker missed semifinals of the 100 back by just .01 seconds – but two scratches offered her new life. Baker took full advantage, dropping a full second to go a lifetime-best 59.63 for a spot in the medal final. Now 19, Baker has four sub-minute swims under her belt, with three of them coming in the high-pressure environment of the World Championships.

Franklin, Bootsma, Coughlin and Baker all swam at Cal and they’ll be joined at Trials by even more Golden Bears: Elizabeth Pelton hasn’t looked herself since 2013, but that year put up 5 swims under a minute, including a 59.27 at U.S. Nationals. Amy Bilquist is currently on the rise after a stellar NCAA season, but will have to get her 50.50 from short course yards to convert well into long course in order to better her lifetime-best of 1:01.00.

And that’s just a portion of the talent coming out of the NCAA. Olivia Smoliga had a huge rebound year with the Georgia Bulldogs. She was 1:00.06 at Pan Ams last summer, and just crushed a nation-leading 59.41 in Indy in early June.

Missouri’s Hannah Stevens blew up last summer with a 1:00.04 at a sectional meet in July and went 59.67 following Smoliga in Indy. Michigan’s Ali Deloof was 1:00.10 at U.S Winter Nationals in December, and it was her teammate Clara Smiddy who crushed the Big Ten in short course yards. Smiddy has been 1:00.49 in meters, swimming with Smoliga at Pan Ams.

There are a few wild cards who could jump in from other events. Transendent butterflyer Kelsi Worrell is also a great backstroker, but with 100 fly finals falling on the same night as 100 back semis, it’d be a surprise to see her enter the latter. Maya DiRado is a solid sprint backstroker, but the 100 back final conflicts with the 200 IM semifinal, which likely rules her out as well.

58.9 might be a tad optimistic for Missy. As hard as it is to root against her, she just isn’t back to her 2012 form. I also think Coughlin is going to be faster than 59.5, but otherwise good predictions.

I know a lot of people are going to get mad, but I don’t think Missy makes the team in the 100! She has never had a good start and it has just got worse! I see it being Kathleen and Claire 1-2.

i feel the same too . She hasn’t got back anything from 2012 – neither improved start & turns .

Baker and Adams are mystery swimmers. I would expect them to at least match their times for last summer but still Baker I dont think impressed at NCAAs and Adams I have seen enough swims out of her at a high level to be certain she can show up here and drop.