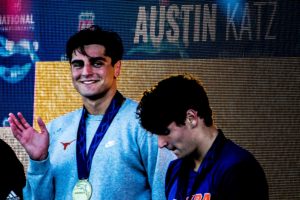 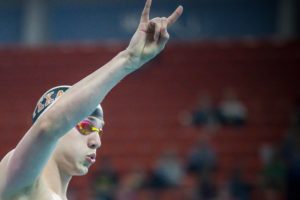 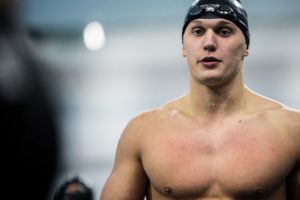 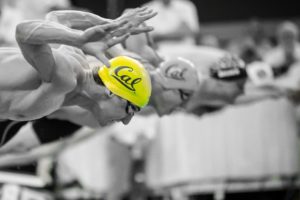 Claire Adams is a backstroke specialist from Carmel, Indiana. Her family moved from Houston when she was 9 years old and her parents put her on a swim team to help her make friends. Four years later, Adams was at her first Olympic Trials at her first national meet.

Over the course of her career at Carmel High School, Adams became the first swimmer in Indiana state history to win 16 state titles and the first to win the 100 yard backstroke all four years. But the record she’s most proud of was the one she earned with the rest of her team. Becoming the best high school sports team in American History. In her senior year Carmel High School won its 30th straight state title, which earned the school the longest state title winning streak of any high school sports team in US history.

In 2014 Adams made her international debut at the Junior Pan Pacific Championships where she finished 9th in the 100 meter backstroke and 11th in the longer distance.

At the 2015 US National Championships, Adams raced her way to national titles in the 100 and 200 meter backstroke setting a new 100 meter backstroke world junior record in the process. Her time of 59.58 was a one and a half second drop of her time coming in to the meet and was the third best time of an american so far that year. In the 200 she also saw huge a huge drop in her best time and posted the fourth fastest time of an American for the year.

In Singapore, Adams was voted by her teammates to become captain. After setting a new world record in the 100 backstroke weeks before she looked to be the favorite. But she settled for a silver with Australia’s Minna Atherton touching first and tying Adams junior world record. In the 200 meter backstroke she finished 5th and she helped USA to 4th in the medley relay.

US National Team for Dinner

With the 2015 Duel in the Pool set to take place in Indianapolis, just down the street from Adams home, her family invited her USA teammates over for their team meal. She helped team USA beat Europe with her points from a third place finish in 100 backstroke and added a 4th place finish in the 200.

As the number 3 recruit in the nation, Adams opted to return to the state she was born in to swim for head coach Carol Capitani at the University of Texas.