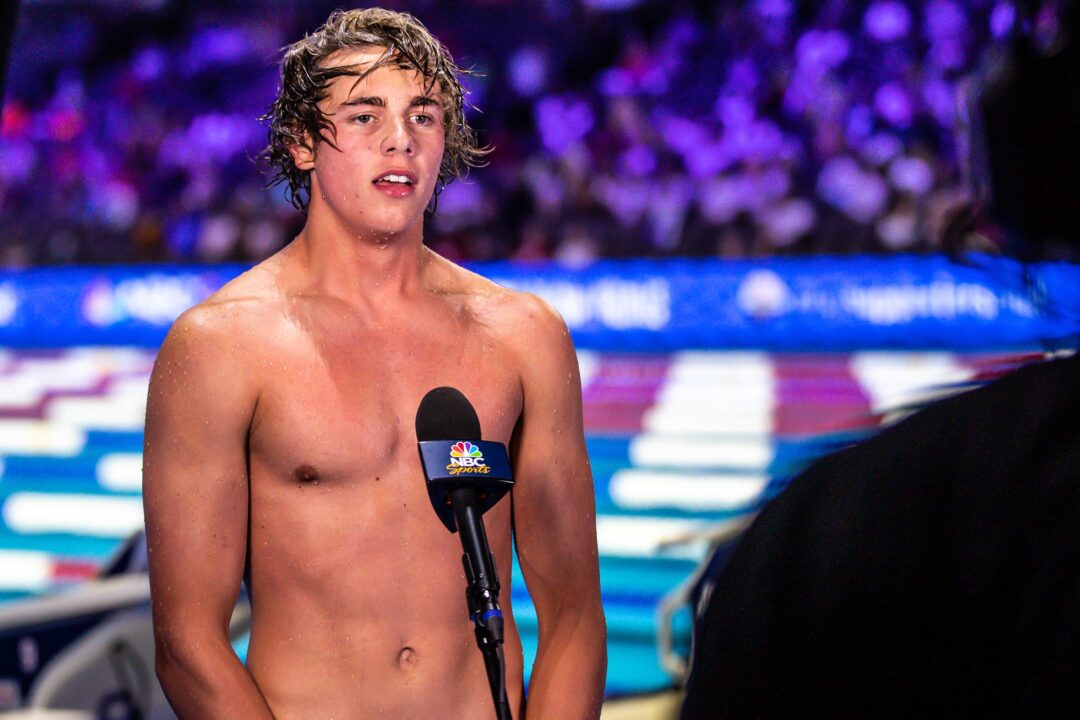 Sammon held strong with a very slight lead through the 2nd 50, extending into the finish to touch as the only 49 in the field. The swim was a personal best Current photo via Jack Spitser/Spitser Photography

Patrick Sammon had an incredible turn to help fuel this win. He went into the 50m wall not looking like the leader, but managed to get his feet onto the wall 2-tenths of a second ahead of anyone else. Sammon then held strong with a very slight lead through the 2nd 50, extending into the finish to touch as the only 49 in the field. The swim was a personal best for Sammon.  NC State’s Luke Miller also punched his ticket to Wave II, swimming a best time of 50.05. Miller was 7th at the turn, but turned on the jets coming home, and made a final push right at the end.