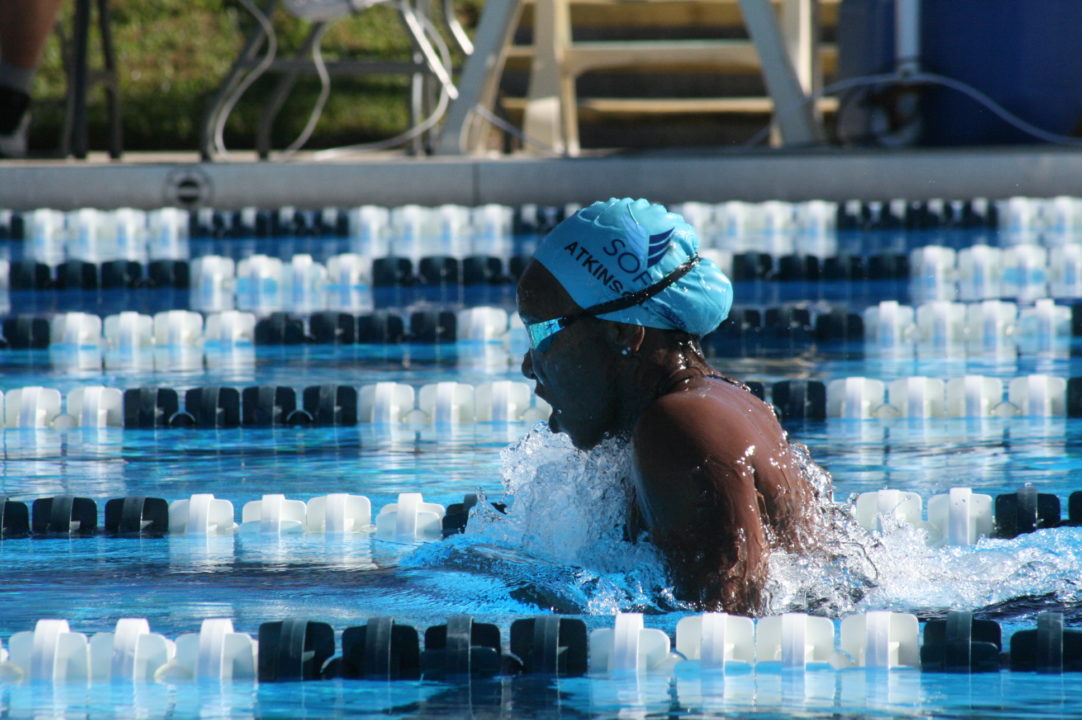 Alia Atkinson (above) and Julia Podkoscielny were the stars of the show on day 1 of the Plantation Piranhas Senior Invite. Current photo via Nicole Miller/SwimSwam.com

The extra year delay of the Olympic Games are allowing a number of young American swimmers to come into their owns before the upcoming Olympic Trials, and another added her name to that group on Friday in Plantation, Florida.

16-year old Julia Podkoscielny swam a 4:44.83 in the 400 IM at the Piranhas Senior Invite, which improves her previous best time of 4:50.42. That easily cruises her under the Wave II cut to swim in the faster session of the two-piece Olympic Trials meet conceived for June.

The high school sophomore is a four-time Florida High School State Champion, having won Class 2A titles in the 200 IM and 100 back in each of her two high school seasons. She trains for the Pine Crest School where her father Mariusz Podkoscielny, a two-time Polish Olympian, is a coach.

She also swam a prelims best time of 2:04.11 in the 200 free, the fastest of the heats, before scratching the final on Friday.

She wasn’t the only teenage swimmer to drop big time in that race. 18-year old Paige MacEachern finished 2nd in 4:51.84, which took six seconds off her best time and leaves her an excruciating .05 seconds away from her first Olympic Trials cut.

Among the biggest names in attendance at the meet is Jamaican Olympian Alia Atkinson. She swam, and won, the 100 breaststroke in 1:08.40.

That’s her best time in the event since the pre-pandemic FINA Champions Series meet in Shenzen, China where she was 1:08.15.

Atkinson finished fourth in the 100 breaststroke at the 2016 Olympics and is a four-time World Champion in short course meters. A versatile performer, she also won the 100 fly in 1:00.87 on Friday.

The meet attracted swimmers from across the region, but also drew in a number of teams from Massachusetts seeking a spring break escape for wide-open pools and warmer weather.