Why Propulsion Forces In Swimming Matters 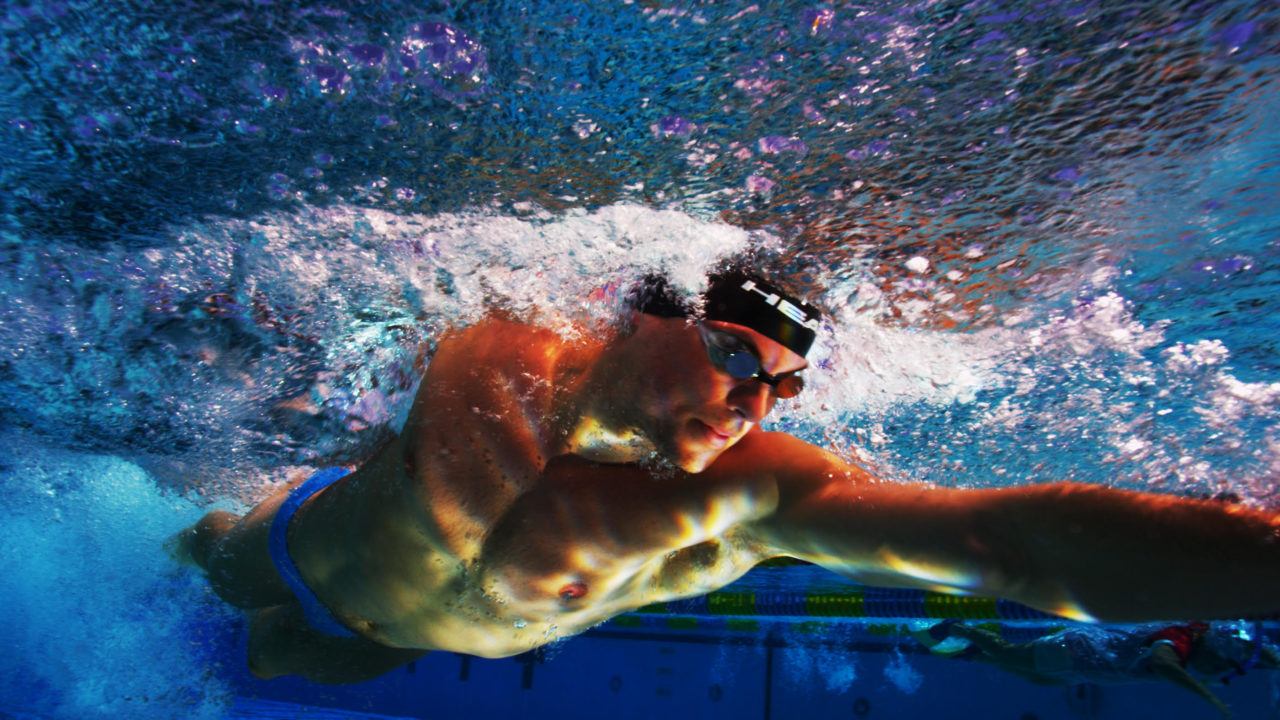 Outside of the starts and turns, the propulsion forces of a swimmer are derived purely from the kick and the pull. Current photo via The Race Club

The goal for this circuit is to build the technique and power of the freestyle stroke.

Dryland Training for Sprinters Only? Find Out the Best Approach.

Dryland training for sprinters only isn’t the proper approach because all swimmers benefit from resistance training when done properly.

Today’s workout will be focused on the lower body muscles.

This week’s FINIS set is a quick workout that allows you to get in some quality medley work.

it looked like the women came out swinging, putting themselves in a tight battle with Indiana for 3rd place for much of the meet and overall finishing in 4th

Outside of the starts and turns, the propulsion forces of a swimmer are derived purely from the kick and the pull. More specifically, except for the up kick, where the entire lower leg and foot can create propulsion, nearly all of the other propulsive forces (down kick and pull) occur at the feet and hands.

Since water is liquid, not solid, in order to create propulsion, the hand or foot needs to be moving backward relative to the water. In shoulder-driven freestyle technique, with a relatively higher stroke rate, if one were to map the pathway of the pulling hand from the side, relative to a fixed point in the pool, one would find that the hand moves in nearly a perfect circle of around 2 feet in diameter.

If we consider the circle as a clock, the hand would enter the water at 12 o’clock. Since the swimmer’s body is moving forward, as the hand enters the water, the hand will move forward also. The swimmer begins the pulling motion by pushing the hand downward in order to reverse its direction and push it backward. The result is that the hand follows the clock to the 3 o’clock position, moving both downward and forward. We call this the lift phase, since most of the forces are downward, creating lift.

From 3 o’clock, when the hand is just in front of the swimmer’s shoulder, it begins moving backward, creating propulsion. The hand continues going deeper in the water as it follows the clock from 3 o’clock to 6 o’clock on its way backward. In an effort to continue pushing the hand backward past 6 o’clock with the maximum hand surface area, the arm needs to elevate and the wrist dorsiflex, resulting in the hand cutting a quarter of the clock off in moving from 6 o’clock to 9 o’clock. The backward hand motion from 3 to 9 o’clock is called the propulsion phase.

Once the hand reaches 9 o’clock, the arm runs out of length, so the hand cannot move backward any further. Instead, it quickly slides forward with the least resistance possible to leave the water nearly exactly where it began the circuitous route, at 12 o’clock. This last phase is called the release phase. The net distance that the hand travels from entry to exit is zero.

Unlike the hand, in order to create propulsion, the feet rely on the vortices caused by both the swimmer’s body and the motion of the foot and leg itself. In both freestyle and dolphin kick, the motion of the kicking foot is nearly straight up and straight down, relative to a fixed object in the pool. However, the water is not still in the path of the foot. Because the human body is a non-streamlined shape, there is a forward flow of water following the swimmer caused by the body’s vortex or wake (slipstream). There is also a second vortex caused by the motion of the feet and leg which creates a smaller stream that follows the path of the feet. Even though the feet are not moving backward relative to a fixed object in the pool, they are moving backward relative to the water, which is moving forward. Therefore, the feet can create propulsion without actually moving backward.

In flutter kick, there are two potential points of propulsion. Since the down kick and up kick occur simultaneously, one point is at the initiation of each, utilizing the vortices of the feet and legs. The second occurs as both feet pass through the slipstream on the way up or down.

In summary, the propulsion of the pull is determined by the surface area of the hand pushing backward and the rate at which that effective hand surface area accelerates through the propulsion phase. The propulsion from the kick is determined by the surface area of the feet (and legs), the rate at which the feet accelerate through the vortices and the strength of the vortices (slipstream) that the feet move through. Further, the propulsive forces of either the pull or kick can be augmented by the amount of kinetic energy within the properly-timed coupling motions, such as the body rotating, the head snapping down, or the arms recovering.

This week in Lanes 2, 3 and 4, we will feature a classroom discussion on the four different types of pulling motions. We hope you will hop on in!

I get how flutter kick is propulsive in isolation (with a kickboard), but how is it meaningfully propulsive in the overall free or backstroke that is so much faster than the kick? If I’m a jet plane and turn the propellers on, the propellers aren’t doing much propulsion. Many would say it’s more for balance than propulsion, and overkicking just locks the hips from rotating and/or creates drag from going outside the body line. I still remember Jonty Skinner setting world sprint records with basically a two-beat kick.

In a jet, the propeller would slow the plane down. At the speed of the jet, the propeller causes more frontal drag than generates propulsion. The kick can do the same if the swimmer gets fast enough and the kick is poorly executed (ie. too much knee bend or hanging feet). In freestyle, the shorter the race the greater the contribution of the propulsion comes from the kick compared to the pull. In the 50 sprint, I believe that the kick contributes over 50% of the propulsion. The only way a swimmer with a poor kick can swim fast is with a fast stroke rate. Jonty certainly had that.