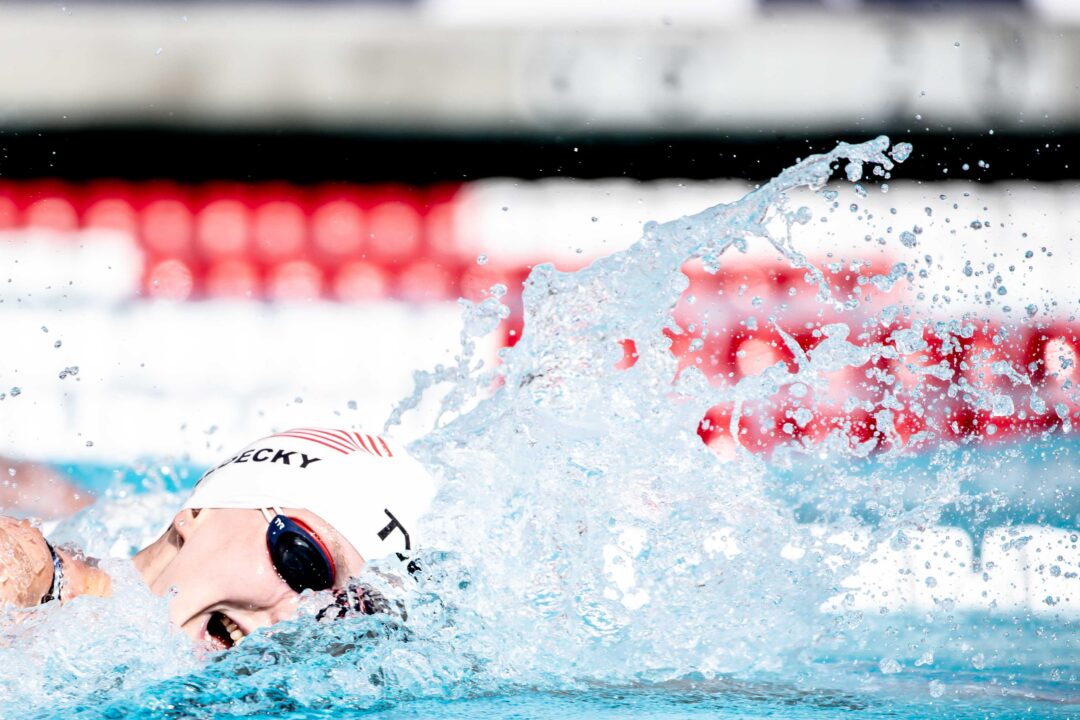 Can't watch every last minute of U.S. Olympic Trials coverage? Consult our handy-dandy list of when some of the biggest stars are scheduled to swim. Archive photo via Jack Spitser/Spitser Photography

Look, we get it. As much as you’d love to stay glued to your screen for every last minute of USA Swimming’s Olympic Trials, sometimes life gets in the way, and you have to pick and choose where you can focus your attention.

So, if you, or perhaps your more casual swimming fan friends, are limited on time, and want to make sure you can watch some of the biggest names in USA Swimming swim their races at Trials, we’ve compiled a handy-dandy list of the days and (very approximate) times that some stars are scheduled to be racing.

A couple quick caveats, though. First, there’s no guarantee that all of these swimmers will race every event in which they’re entered. That’s especially true for a few of the men, and we’ll discuss specific schedules below. Second, we don’t have prelim heats sheets, or an official timeline for finals yet, so these times are rough ranges or guesses. That’s especially true for finals, where the schedule is slightly different than it was in 2016. So, make sure you check out SwimSwam each evening to take a look at the finals heats sheets before tuning in.

There’s little doubt Dressel will race the 50 free, 100 free, and the 100 fly, events in which he’s the American and World (100 fly) record holder. Expect him to at least swim the 200 free prelims, but the 200 fly and 200 IM seem less likely. The 100 free is aways a great race to watch, and while Dressel comes in as the clear favorite, there won’t be much room for error with arguably the strongest USA men’s field ever in the event swimming alongside him.

The only real question on the freestyle star’s schedule is whether or not she’ll swim the 100 free. It comes toward the end of the week, with only the 800 free afterward, so it seems like there’s a good chance she will. World records are in danger almost any time she’s in the pool, and given the schedule, the 1500 prelim she’ll swim on Tuesday morning may represent the best chance for a world record to fall during a morning session next week.

Manuel is known primarily for her 50 and 100 freestyles — she won gold in the 100 free in Rio — but she’s steadily improved her 200 free over the last five years, too. Somewhat oddly, she hasn’t raced that event at all this season, but it’d still be a bit of a surprise if she didn’t swim it this week. Like Dressel, she’s the favorite in the sprint freestyles, but again, there are several women in each event who could challenge her.

Andrew is entered in six events, including at least one event of each stroke. He’s a lock to swim the 100 breast, 200 IM, and 50 free, and from some recent social media posts, it sounds like he’s still planning on the other events, but that’d be a pretty hefty schedule, so he may end up paring it down as the meet goes on. He just set the U.S. Open Record (fastest time on U.S. soil, regardless of nationality) in the 100 breast last month, so the American Record (fastest time by a US swimmer, regardless of location) could go down Monday night.

The 100 breast world record holder will be focusing solely on her primary discipline. Tune in Monday and Tuesday evenings to see if she can rattle her own world record.

The 36 year-old has been swimming crazy Olympic Trial event schedules longer than some of the swimmers he’ll be competing against have been alive. He’s back training under former University of Florida head coach Gregg Troy, and the Gators have a reputation for over-entering events, and then scratching. Like Andrew, Lochte has been pretty vocal about competing in most of these events, but realistically we’d expect to see him pare back that schedule. His best bets for Olympic berth probably come in the 200 free, where he could be in the running for a spot on the 4×200 free relay, and the 200 IM, where he’s held the world record for the last ten years.

The 19 year-old is almost as versatile as Andrew and Lochte, but she’s sticking to just the fly and backstroke events. She’s the current world record holder in both backstrokes, and especially with an incredibly strong field in the 100 back, she could go after the world record either Monday or Tuesday evenings.

Is Michael Andrew the best overall swimmer in history if you take the total time of the 4 x 100’s of strokes?

Katie Ledecky will be one busy women:

Would love to get the schedule of Curzan and Huske as well please.

Ryan is gonna swim half of the events he is entered in. Unless he just uses those other events as a warm up or something.

So only finals on Olympic Channel? No prelims there?

If I read the broadcast schedule correctly – Finals (live) are on NBC every night except for Thursday, June 17th, when they will be shown live on NBCSN and delayed on NBC. Prelims (delayed – not live) will be on NBCSN every day except Sunday, June 20th, when there are no prelims. Times vary.