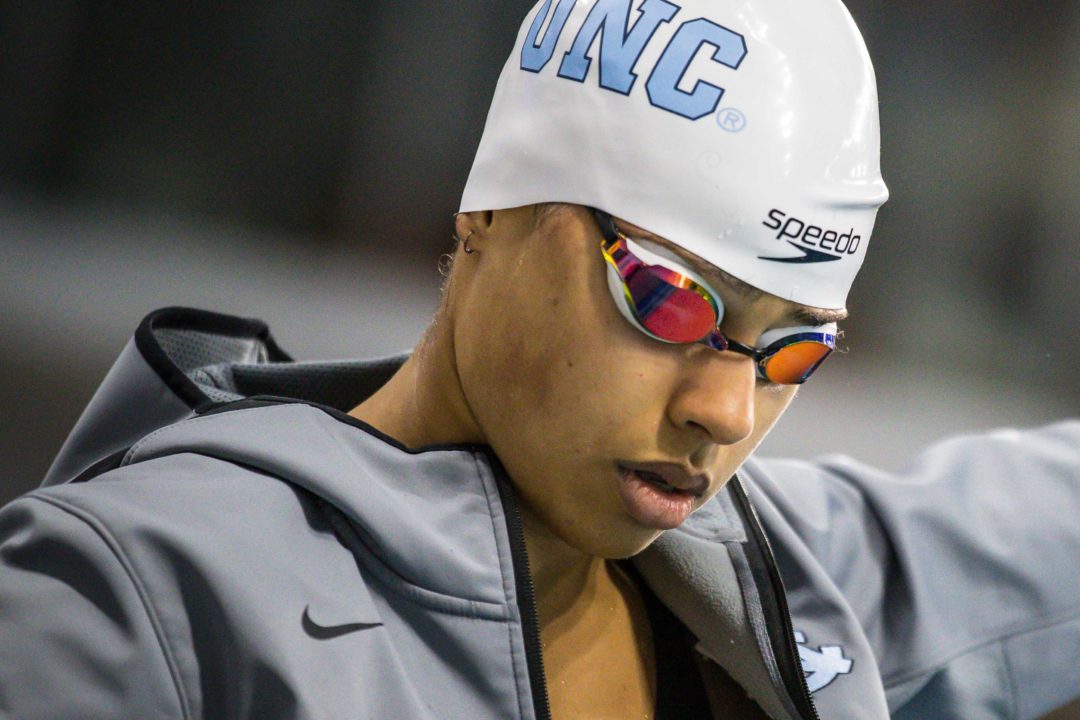 Through prelims, semifinals, and finals, Fields remained over the Trials cut, so she swam the first 50 meters of the 100 free as though it were a normal 50.

UNC’s Zhada Fields swam the 50 freestyle 3 times at the 2019 Charlotte Ultra last weekend, trying to get under the Olympic Trials qualifying time of 25.99 every time she dove in. Through prelims, semifinals, and finals, Fields remained in the 26-mid-to-low range, so she resorted to her final option: swim the first 50 meters of the 100 freestyle as though it were a normal 50, and then finish the race.

Needless to say, Fields was successful in her final attempt of the weekend as she touched the wall in 25.91. In order for her time to remain official, Fields had to finish the entire 100, so she cruised the second 50 and clocked in at 1:13.99. 16-year-old Lindsay Flynn of ATOM also attempted to get her 50 free Olympic Trials cut in the first 50 of the 100 last weekend. Swimming in lane 1 right above Fields, Flynn clocked a 26.07 to the hand, though Flynn had already qualified for Olympic Trials in the semifinals and finals of the 50 free, where she swam a 25.95 in both heats.

You can watch Fields’ race in the video below. She is in lane 2, near the top of the screen. The race was won by Maxine Parker of Chelsea Piers Aquatic Club (CPAC) in 55.84. CPAC teammate Kate Douglass took 2nd in 56.48, and National Teamer Madison Kennedy took 3rd in 56.79.