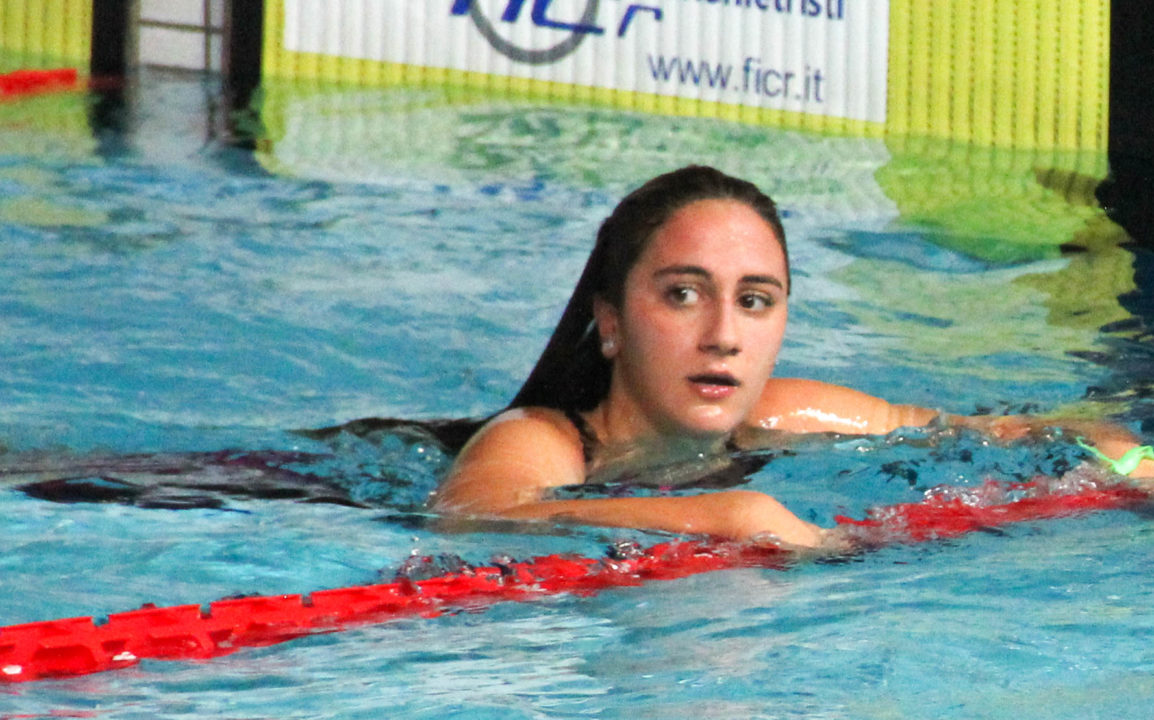 Day 1 of the 2019 Sette Colli Trophy in Rome brought some big-time swims from the likes of British superstar Adam Peaty, Danish Olympian Pernille Blume and Brazilian World Championships medalist Bruno Fratus. But the host nation of Italy saw a monster swim from one of their own as well.

Competing in the final event of night 1, the women’s 1500m freestyle, 19-year-old Simona Quadarella powered her way to a new lifetime best to take gold in a time of 15:48.84. The outing checked-in as a new meet record and beat the stellar field tonight by about 20 seconds.

Quadarella’s time outperformed her own previous PB of 15:56.81 that earned her the gold at the 2018 European Championships. Her previous best this season was a 16:04.02 logged at Italian Nationals, so the teen’s performance tonight laid waste to that time from Riccione.

The Christian Minotti-trained athlete now moves up  from 7th to 3rd in the season’s world rankings.

Post-race tonight Quadarella said, “The last meters seemed neverending. I am very happy of my result because I wanted swimming the 1500m in this way. I thank my companions for encouraging me from the gallery.

“It was a good test before the World Championships. I am thinking about it a lot and I would like to reconfirm my results obtained in Glasgow. I become more confident and I feel stronger after this race. We will see you tomorrow in 800m”.

Only America’s Katie Ledecky and China’s Wang Jianjiahe have been faster this season, with Quadarella’s time now making her the 9th fastest performer in history in the women’s 1500m.

For additional perspective, her 15:48.84 marks the 23rd fastest performance in history, with only Ledecky and Jianjiahe having been faster since the 2016 Rio Olympic Games.

Her 800 split would have gotten 8th at rio. My goodness