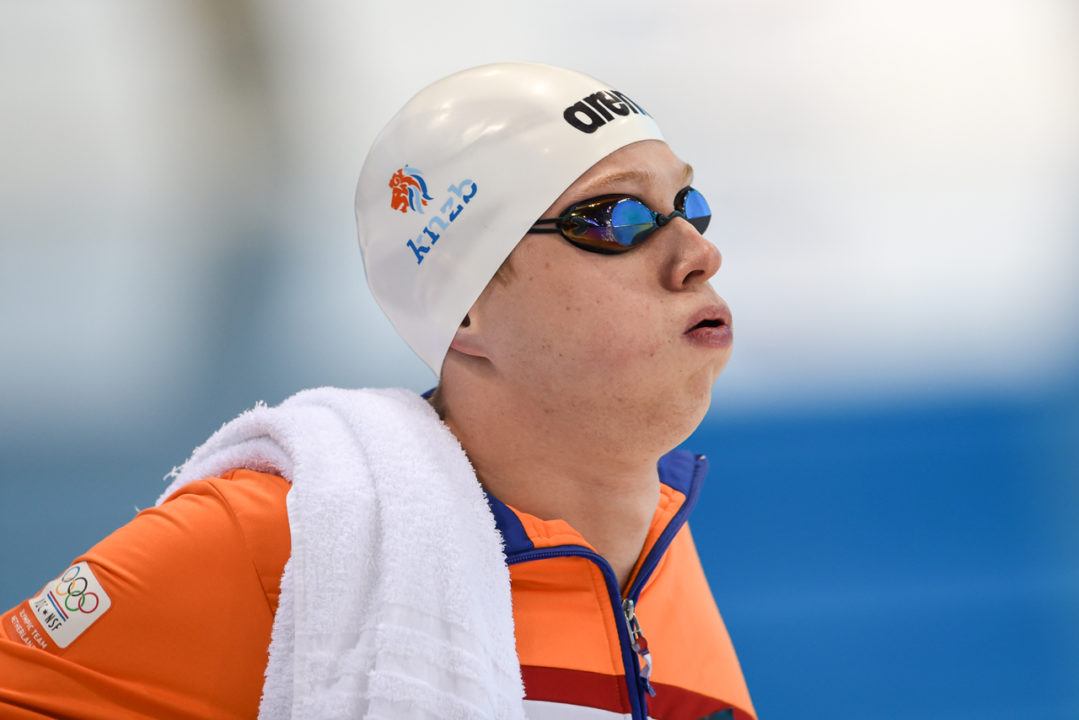 Maarten Brzoskowski made the most of his last-chance qualification opportunity in Amersfoort, hitting a new 200m free PB to punch his ticket to Gwangju. Archive photo via Peter Sukenik/www.petersukenik.com

The 3-day Dutch Open Championships is a chance for both emerging athletes and veterans to vie for national titles, but also seek a last-chance opportunity to add their names to the Dutch roster for next month’s World Championships.

The first wave of Dutch qualifiers was announced back in April, with the likes of Ranomi Kromowidjojo, Jesse Puts and Femke Heemskerk making the list. Swimmers are able to chase World Championships qualifying times at this Open Championships meet, as well as the Sette Colli Trophy, with the final list of Dutch swimmers selected for Gwangju revealed later this month.

Making the most of his last chance was 23-year-old Maarten Brzoskowski, who took control of the men’s 200m freestyle tonight in Amersfoort. Competing in one of the final events of the session, Brzoskowski saved the best for last, blasting a winning time of 1:46.62 to slide under the 1:46.68 Dutch-mandated World Championships qualification time by the skin of his teeth.

However, the man ventured into new territory with the first sub-1:47 time of his career, a solid 1:46.62 to now rank 15th in the world this season and book his ticket to next month’s World Championships.