Watch Lewis Burras Rip 47.88 100 Free Before He Moves To Australia 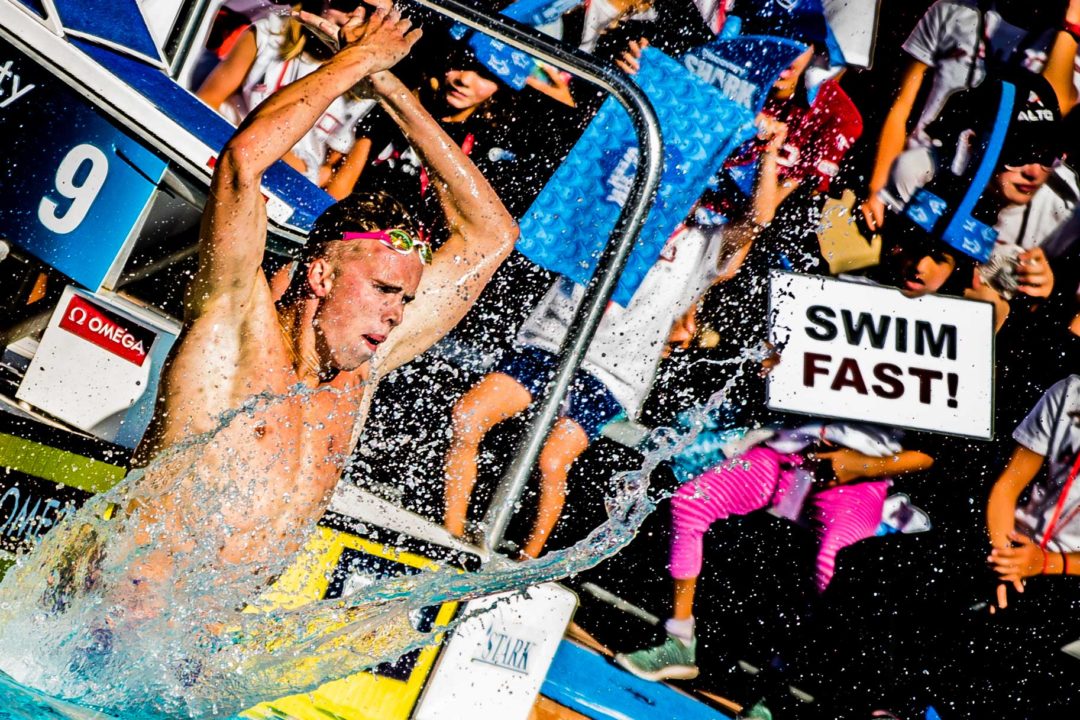 21-year-old Lewis Burras ripped a huge personal best of 47.88 to top the men’s 100m freestyle podium, dipping under the 48-second threshold for the first time ever.

The former University of Sout Carolina student-athlete not only scored a time good enough to qualify individually in this 100 fee event for the 2022 FINA World Aquatic Championships but he fell only just .01 outside of Duncan Scott’s 47.87 British Championships.

Catch how his race went down, including his emotional post-swim celebration in the video above.

Post-race, Burras thanked his family and coaches, the latter of whom he credits ‘his life’ to former world record holder Zoe Baker.

Burras connected with Baker last summer on his comeback after having taken time off to tend to his mental health. Now nearly a year later, Baker is leaving Winchester UK and to take the helm at Peel Aquatics in Western Australia, a position she starts toward the end of this month.

Burras will be following Baker to WA in his pursuit of World Championships and Commonwealth Games medals. He will race at the Swimming Australia Trials in May.

That was one top reaction, it means so much. Great stuff.

wow. You mean you can tape a race and post it and then people can watch it anywhere, anytime? I never thought the technology existed but it was normal to have to create an account, upload your vaccination cards, pay a fee, wait for the streaming, never have a chance to rewind and review it again, all that normal stuff…

wtf are you on about lol

probably a backhanded compliment to british swimming about how easy their stream is to access, compared to all the hoops nbc makes people jump through for a worse product