Peaty Is Indeed Entered In 200 Breast For British Championships (Psychs) 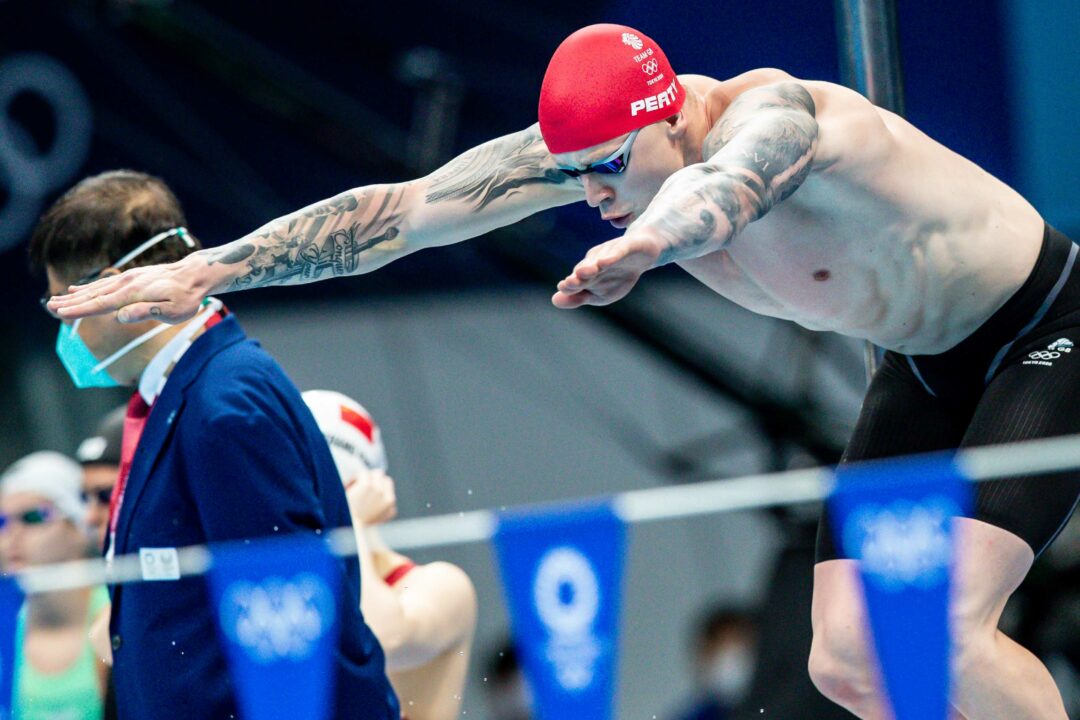 The 2022 British Swimming Championships are nearly upon us, with the all-important qualifying competition slated to begin on Tuesday, April 5th.

Per the revised British Swimming Selection Policy (dated 03/21/22) for the inserted 2022 FINA World Championships, anyone having placed in the top 6 of an individual event at the 2020 Olympic Games in Tokyo has pre-qualified for Budapest.

These swimmers include the following:

Additionally, athletes winning a relay medal who swam as a part of the team in the event final in Tokyo will also be selected. These include the following not already named: Freya Anderson, James Guy, Anna Hopkin, Matt Richards.

With a maximum roster size capped at 30, this means there are just over half of the slots available to be filled via performances rendered at these British Swimming Championships.

Athletes must place 1st or 2nd in the event, plus their times must equal or better the stiff qualification marks set by British Swimming.

As has always been the case, upper echelons of the British swimming coaching staff may nominate additional athletes for selection at their complete discretion.

Of note, world record holder and multi-Olympic gold medalist Adam Peaty kept true to his word so far in that he is indeed entered in the 200m breast.

As we reported, Peaty said earlier this year, “I’m going to probably swim the 200m at trials, just to see how it goes.”

He has one swim under his belt in this ‘off’ event, having raced the 2breast at the FFN Golden Tour. There in Marseille, the 27-year-old posted a time of 2:14.48, his seed time for these Trials.

Another swimmer to watch includes Swansea’s Medi Harris, the rising backstroker who put up some promising times already this year at the British Universities & Colleges (BUCS) Championships. She took down a Georgia Davies record with a swift 100m back time of 59.30, lowering that to 59.24 just weeks later at the McCullagh International.

Lewis Burras has the potential to cause disruption in the men’s 100m freestyle, having earlier this year held the top time in the world with his 48.45 at the Edinburgh International Swim Meet.

Finally, the man who possesses an incredible event range, Scott has entered the 50m breast, 100m free, 200m free, 200m IM and 400m IM. The latter is especially interesting, given Scotland’s most decorated Olympian recently threw down a lifetime best in the event.

At the aforementioned Edinburgh International Swim Meet, 24-year-old Scott logged a time of 4:15.44, a mark already fewer than 2 seconds away from the British Swimming-mandated qualification mark.

We also noticed that Molly Renshaw is missing from these psychs and have reached out for comment on her absence.

Additionally, note that these are draft psychs and may not represent the ultimate official entries of all of the athlets.

Do Scott and Dean both secure individual spots in men’s 200 free? It means other guys don’t have opportunities any more?

Yes, no chance for Worlds. However, they have an opportunity for CGs ( They select Top 3 ).

Matt Richards will easily qualify, cause he’s from Wales.

English boys are going to fight for 2 spots after Tom Dean.

I thought I read somewhere that when two people are pre-selected in the same event, only the top finisher is guaranteed an individual swim in that event. The second finisher is given a spot on the team, but not in that specific event. So Wilby gets a swim in 200 breast, but not a guaranteed spot in the 100; Scott gets a swim in 200IM, but not guaranteed a spot in 200 free (those are the only two cases I think). I could be wrong, but I seem to remember reading this somewhere?

Your interpretation is correct – Scott preselected for IM and Wilby for 200Br. It would be a massive surprise if Duncan doesn’t get the 200 free spot, but he’s not guaranteed it yet. Wilby in the same position, but perhaps less certain of the100 spot.

Peaty mentioned in his latest youtube vlog that he won’t be rested or tapered for Trials, so I don’t think we’ll see a 57

I heard he wasn’t going to shave either.

I heard he’s going to tow a weight!

Peaty may be entered in the 200, but he appears to be missing from SwimSwam’s list of pre-selected swimmers 🙂

Also, Anderson didn’t swim in a medal-winning relay final in Tokyo, did she? She swam prelims of mixed medley only.

Interested to see what Scott does in 400IM if he swims it, and how some of the youngsters do.

Why is Scott in 50Breast?

presumably to improve his IM

Some entries I found interesting:

I had heard Murdoch stopped after ISL. Wasn’t expecting him entered at all.

i’d be surprised to see him stop before commonwealths. There aren’t many chances for British swimmers to compete for their individual home nations. 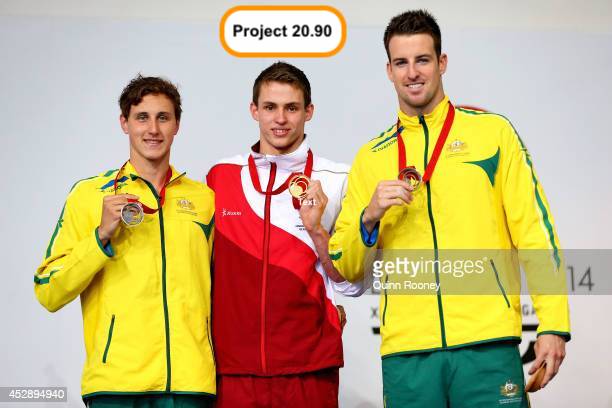 Interesting to see Jonny Marshall entered – He could be just what GB needs in a few years time.

Does anybody know Lewis Burras’ plans with Zoe heading off to coach in Australia? He seemed settled with her. A real shame British swimming let her get away.

Who is Johnny Marshall?

Young backstroker born & raised in the US, but his mum is a former British swimmer and he has been on the radar for a while. He swam 55low last summer aged 16, and seems to be on a real upward trajectory.

Apparently he’s going with her to Australia.

Yeah the Winchester squad were offered the opportunity to move with her. A few of the younger ones said no and are leaving the set up.

No way Peaty races the 200, and if he does it will only be the heat. Scott cant go 400IM + 100Free unless he is swimming through. Renshaw is quitting the sport. Max Litchfield is in South africa preparing, interesting to see how he fairs!

How do you know molly is retiring, has she announced it?

Think we’ll see all those preselected swimming through to varying degrees.

Unless resting fully to achieve qualification in alternative events?

Huge Peaty fan but agreed. He will scratch the 200.