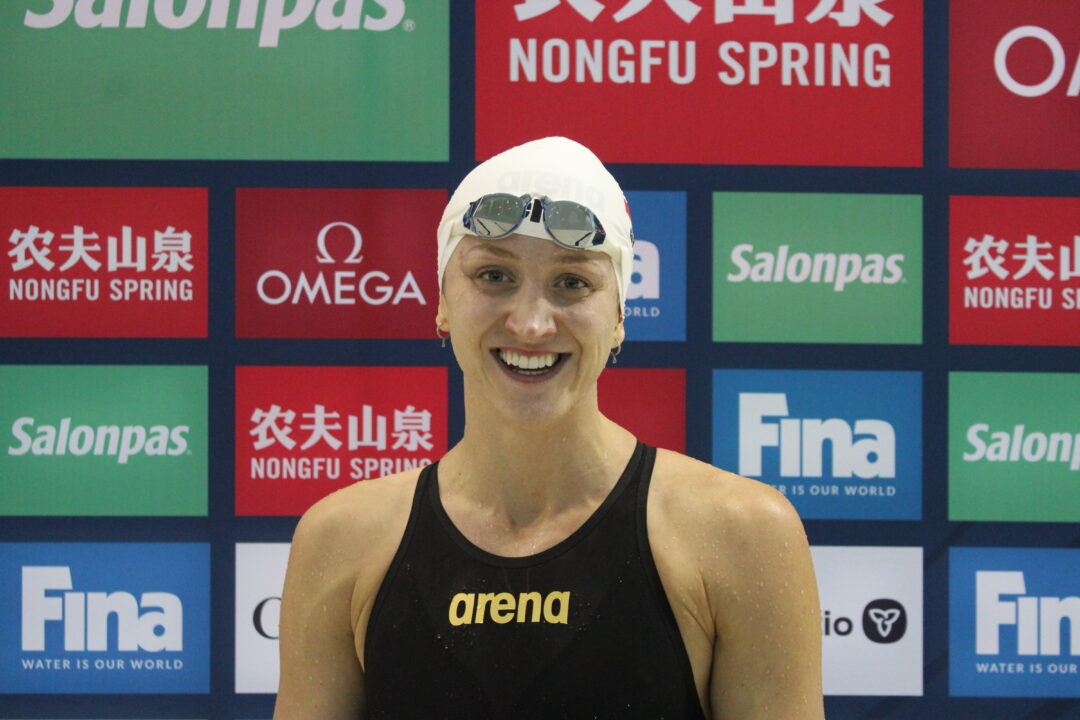 Wasick continued her 50 freestyle dominance this season by winning the 50 freestyle with a Polish record-breaking 23.10. Current photo via Ben Dornan

Kasia Wasick pulled off her third straight victory in the 50 freestyle during night 1 of the Indianapolis World Cup. Wasick hit a 23.10 to reset the Polish record in that event and become the 3rd-fastest woman in the history of the event. Her time was faster than her own previous national record of 23.30 from 2020 and she replaced Cate Campbell as #3 all-time.

Campbell’s PB in the short course 50 freestyle is a 23.19 from back in 2017, while Ranomi Kromowidjojo holds the world record at a 22.93 and Sarah Sjostrom occupies the #2 spot with her 23.00. Wasick is now 0.10 seconds away from becoming the second-ever woman to crack 23 seconds.

By winning the 50 freestyle, Wasick pulled off a “triple crown”, meaning that she won the same event at all three stops of the 2022 World Cup. She started off with a 23.32 gold medal swim in Berlin, followed up with a 23.27 in Toronto, and capped off the series with a 23.10 in Indianapolis.

Wasick has extended her lead ahead of the rest of the world with this swim and is now the fastest in the world by more than half a second.

Wasick out-swam Abbey Weitzeil in this Indianapolis race who touched second with a 23.62, followed by Madi Wilson who hit a 23.73 for the bronze medal. Wasick has also entered to race the 200 freestyle, 50 butterfly, and 100 freestyle in Indianapolis.

2017 was a wild year for women’s sprint free

Its crazy to think someone can be more than .5 seconds ahead of the world in a 50 free…great swim!

True! I believe McKeon is second this year with a 23.61, so Kasia is 0.51 faster. Very impressive. Especially considering she’s doing PBs at 30