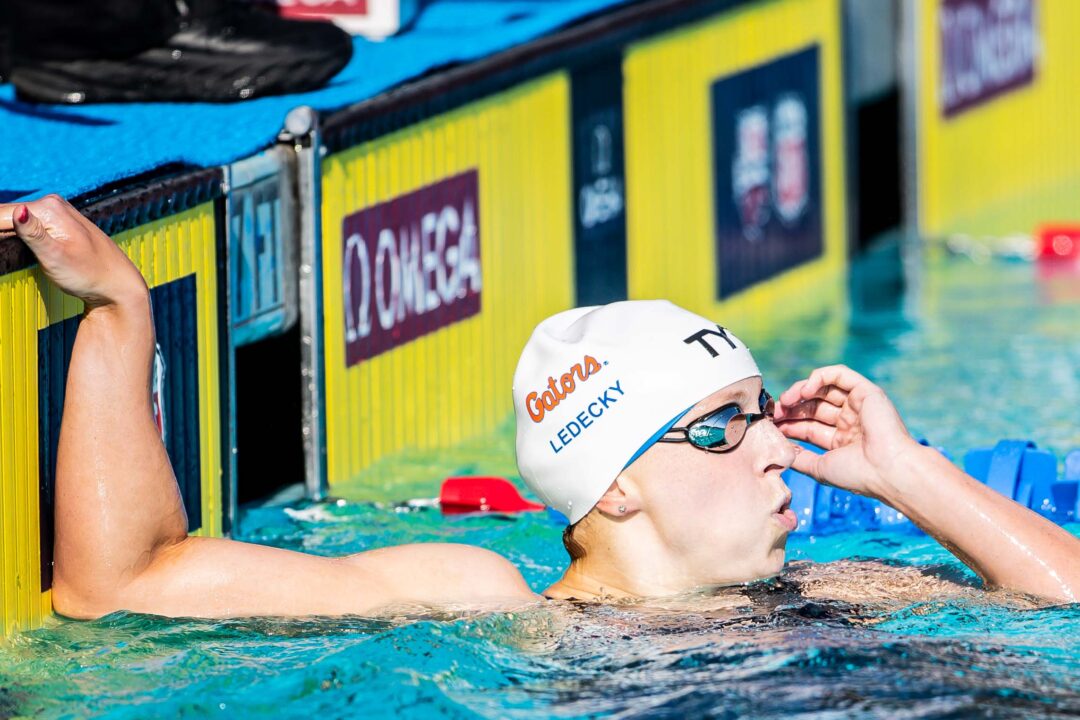 Katie Ledecky's pair of world records certainly had an impact on making the Toronto and Indianapolis legs of the FINA World Cup faster than Berlin. Archive photo via Jack Spitser/Spitser Photography

Each leg of the 2022 FINA World Cup circuit featured a unique field.

There were of course constants, swimmers who swam at all three stops in search of the overall series title, but each leg had a different set of athletes competing depending on where the competition was.

We saw a bevy of Europeans race in Berlin, a loaded group of Canadians in Toronto, and a who’s who of American stars in Indianapolis.

So, which meet was the fastest?

SwimSwam data guru Barry Revzin has taken a look at this question from multiple angles, and the numbers indicate that there wasn’t much discernible difference between Toronto and Indy, but Berlin was clearly the slowest meet of the three.

What set Toronto and Indy apart from Berlin was primarily the record swims.

Toronto had three swims exceed 1010 FINA points—Katie Ledecky‘s world record in the women’s 1500 free, and then Summer McIntosh and Ledecky going the second and third-fastest times ever in the 400 free (though Ledecky’s 400 free score doesn’t factor into this average since we’re only looking at winning times). The second stop also had six total and five winning times score more than 980 FINA points.

For a visual look at this data, here’s how the winning times stacked up in terms of FINA points from each of the three stops:

Looking at it cumulatively, the graph below highlights how Berlin was clearly the slowest of the three meets:

WHERE DID THE TOP TIMES COME FROM?

Out of 36 events, Indianapolis produced the fastest winning time across 17 of them, followed by Toronto (13) and Berlin (6).

Diving a bit more into each meet’s depth, Indy had the quickest third-place times more than half (19/36) of the time, followed by Toronto (10) and Berlin (7).

The first thing I heard at “Statistics & Data Processing” course in college was that there is a difference between data and information. They are not the same.