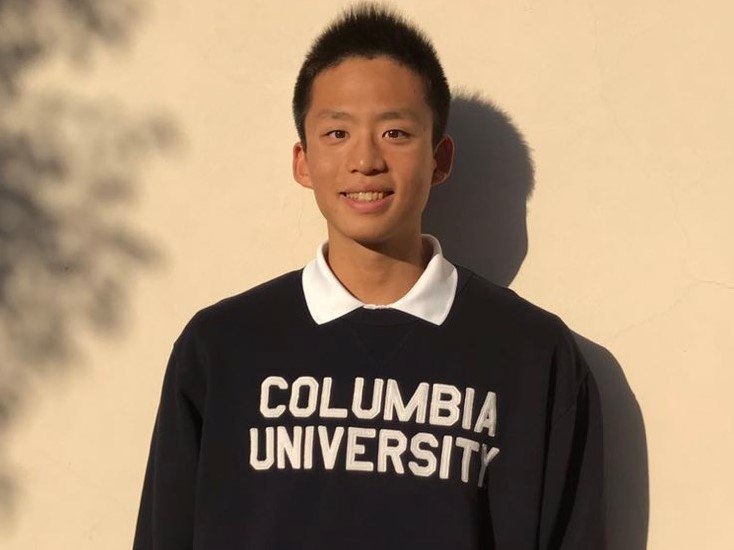 Hayden Liu of Crespi Carmelite High School and CCAT Swimming has announced he will swim for Columbia University beginning in 2018-19. Current photo via Hayden Liu

Hayden Liu (Yuhan Liu), an international student from China who has spent his high school years in Woodland Hills, California, plans to swim for Columbia University in the fall. He will join Joey Licht in the Lions’ class of 2022.

“I am thrilled to be a member of Columbia’s class of 2022! I want to thank Coach Jeff Thornton for all the support during the last four years. It has been an amazing experience here in LA, and I believe that the next four years of living in New York City could be even better. I believe that the vast amount of resources Columbia has, and the support from coaches and the team, will propel me to further explore my potential. I can’t wait to be part of the team!”

Liu is a senior at Crespi Carmelite High School in Encino; he trains with CCAT Swimming under coach Jeff Thornton. A versatile swimmer, he competed in the 50/100 free, 100 back, 100 breast, and 200 IM at 2017 Winter Juniors West. In high school season he focuses on the IM and backstroke. Liu placed fifth in the 200 IM (1:49.56) and third in the 100 back (49.48) as a junior at the 2017 CIF-Southern Section Division I Championships, before going on to the California State Meet and scoring in the A final of the 200 IM and the B final of the 100 back.

The country is spelled Colombia