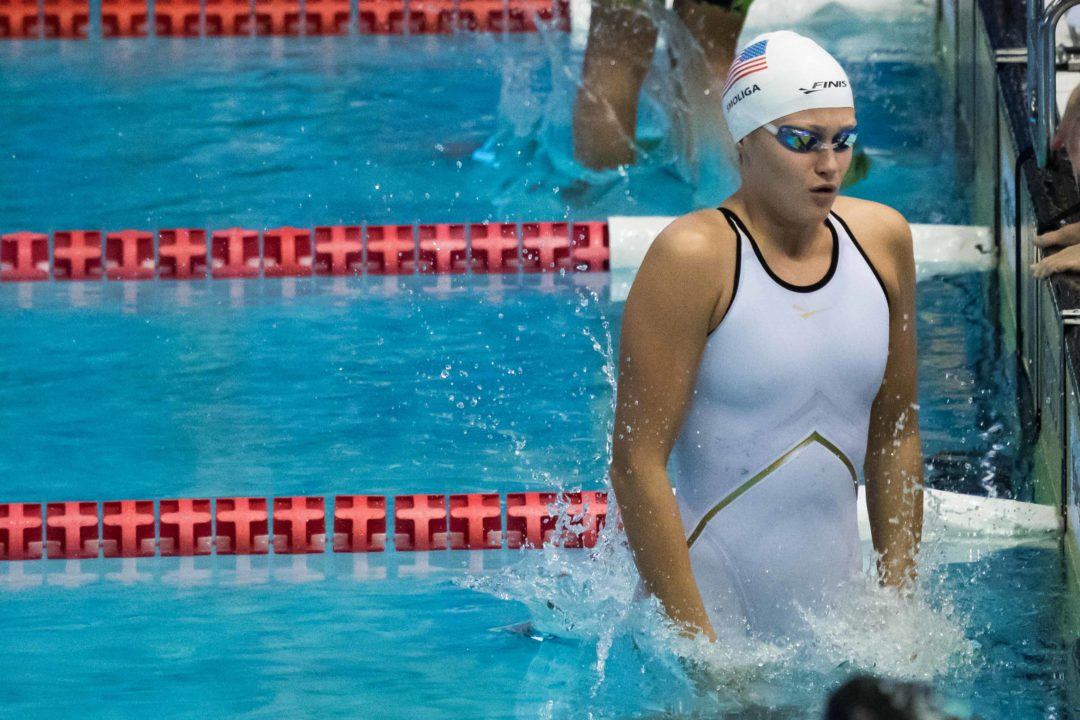 Pieroni snagged gold in the men’s 200m freestyle from an outside lane, while Murphy took China’s Xu Jiayu to the wall, winning by just .03 in the 100m backstroke. Smoliga also did damage in the women’s 100m back, touching ahead of Hungary’s Katinka Hosszu.

Both of the aforementioned relays made their stamp on these championships with American and World Records, continuing the gold trend for the Americans.

Hosszu did get a gold tonight, however, in the form of the 200m fly, where the Hungarian finished just ahead of American Kelsi Dahlia. Dahlia still nabbed an American Record en route to silver.

Just before announcing his retirement, South African Cameron van der Burgh got his nation on the board with the top prize in the men’s 100m breaststroke, while Jamaica scored its first medal of these championships via Alia Atkinson‘s victory in the 50m breast.

We’re still just 2 days into these championships, so we’ll see how the table continues to unfold as action proceeds in Hangzhou.l

I was rooting for Blake & Olivia, but even I was very surprised by Blake’s outside smoke. And his tears of joy in the pool right after winning was very endearing. Congrats to them both. To Murphy also for reclaiming his throne, and team USA. It’s been a fun ride so far. Each day that much more exciting.