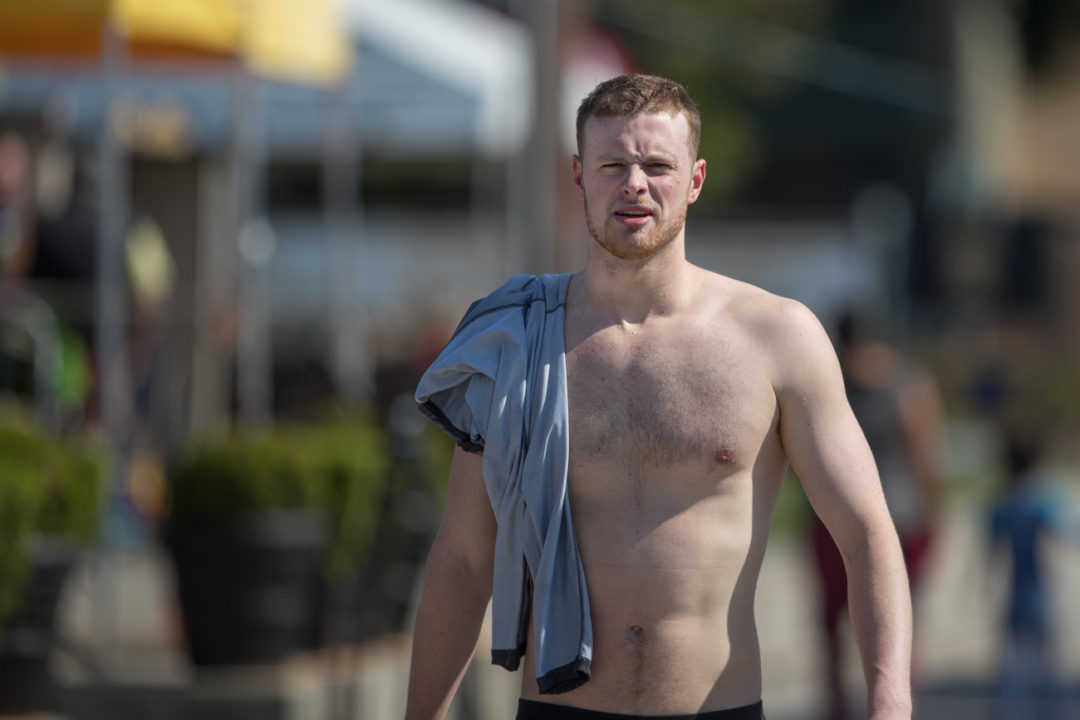 There were a total of 21 scratches for day 2 of the 2021 Pro Swim Series in Richmond, with multiple top seeds opting-out of their races. Archive photo via “Rafael/Domeyko Photography”

Six other swimmers also scratched from the men’s 200 freestyle, including:

Second seeded Rachael Stege dropped out of the women’s 200 freestyle, joining 12th seed Sydney Stricklin and 14th seed Brynn Wright in dropping the event. Stege only has one entry left for the weekend: the women’s 1500 freestyle on Sunday. One of the top distance swimmers in the class of 2021, Stege has been on the rise, dropping her best times by several seconds over the past few years. The Georgia commit has gone from 08/4:22/9:13 to 1:59/4:08/8:38 and brags a 16:33 in the 1500 freestyle.

Wright also scratched out of the 100 butterfly, where she was seeded 12th.

The men’s 400 IM also saw a long list of scratches, with a total of 4 swimmers electing to drop the event. The list includes 3rd seed Nick Vance and 4th seed Logan Zucker among others.

Does anyone know if Will Barao still swims for Notre Dame? He isn’t on their roster this season.

Where can we get the results for Richmond? The article links point to San Antonio.

We haven’t found any links to live results for Richmond. They are on Meet Mobile as “2021 TYR Pro Swim Series – Richmond” though.

Thanks. I’ll give it a try.