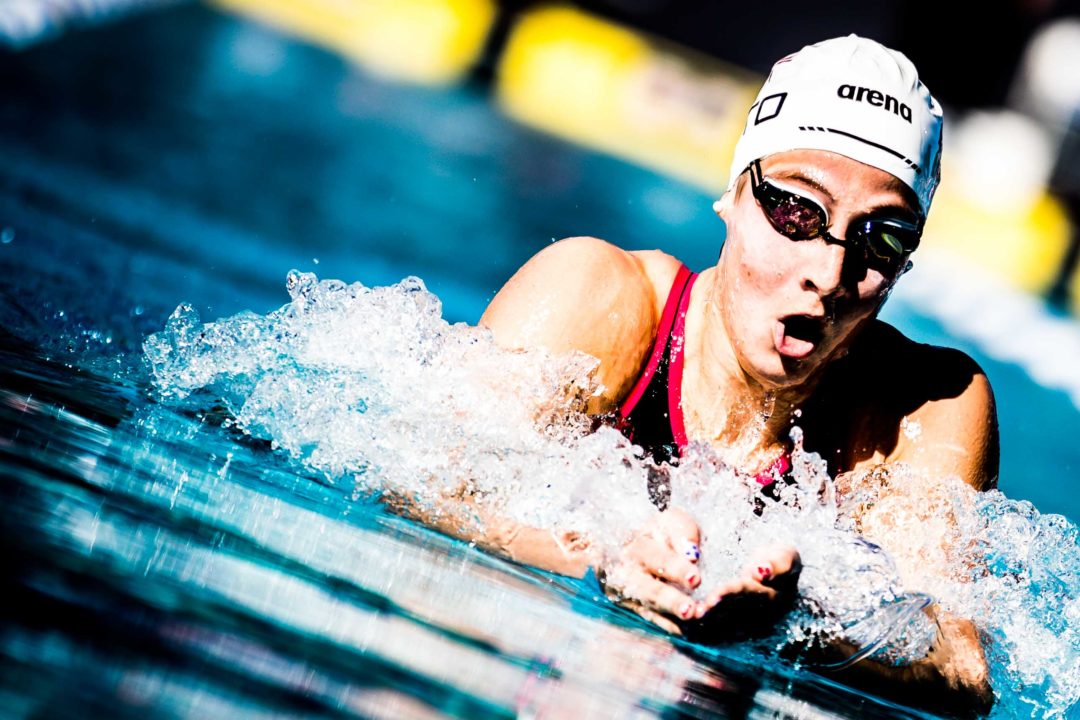 Following an impressive distance session on night one of the Pro Swim Series in San Antonio, several athletes scratched out of races tomorrow morning. Current photo via Jack Spitser/Spitser Photography

Following an impressive distance session on night one of the 2021 TYR Pro Swim Series in San Antonio, several athletes have elected to scratch out of races tomorrow morning.

Notably, US National Team member Brooke Forde scratched both of her entries for Friday. Forde was the third seed in the 200 freestyle and the second seed in the 400 IM. The former Stanford swimmer does not appear to be participating in the meet, after scratching out of the 800 freestyle on Thursday night.

The men’s 100 butterfly saw the most scratches, with three athletes electing not to participate in the event, including 9th seed Matthew Josa, 12th seed Dean Farris, and 18th seed Will Grant all opting-out. Farris most likely scratched to focus on the 200 freestyle earlier in the session, which he holds the SCY American Record in.

Texas Longhorn Jake Foster scratched out of the 100 breaststroke, where he was seeded 10th. Like Farris, Foster will most likely be focusing on other events, including the 400 IM.

Following her third place finish in the 800 freestyle on Thursday night, 15-year-old Bella Sims elected to scratch out of the 400 IM, where she was seeded 13th out of 14 swimmers.

The men’s 100 butterfly is expected to be the headliner event on Friday morning. Despite the absence of Caeleb Dressel, the race still features the likes of Maxime Rooney, Andrew Seliskar, and Tom Shields, plus 100 backstroke world record holder Ryan Murphy.

On the women’s side, the 200 freestyle features some of the top candidates for an Olympic team spot in 2021, with a stacked field that includes Melanie Margalis, Mallory Comerford, Regan Smith, Madisyn Cox, and Olivia Smoliga.

I think Nicole meant 200 Free. Would love to see her try it though lol.

Did Ally McHugh scratch the 800 Free? Or did she not make it to the meet at all?

I know Wisconsin just pulled out of the Big Ten meet this weekend due to COVID exposures, potentially she was impacted by an exposure and couldn’t make the trip? This is not confirmed, just speculating.

She scratched the 800. She is at the meet and racing all her other events.