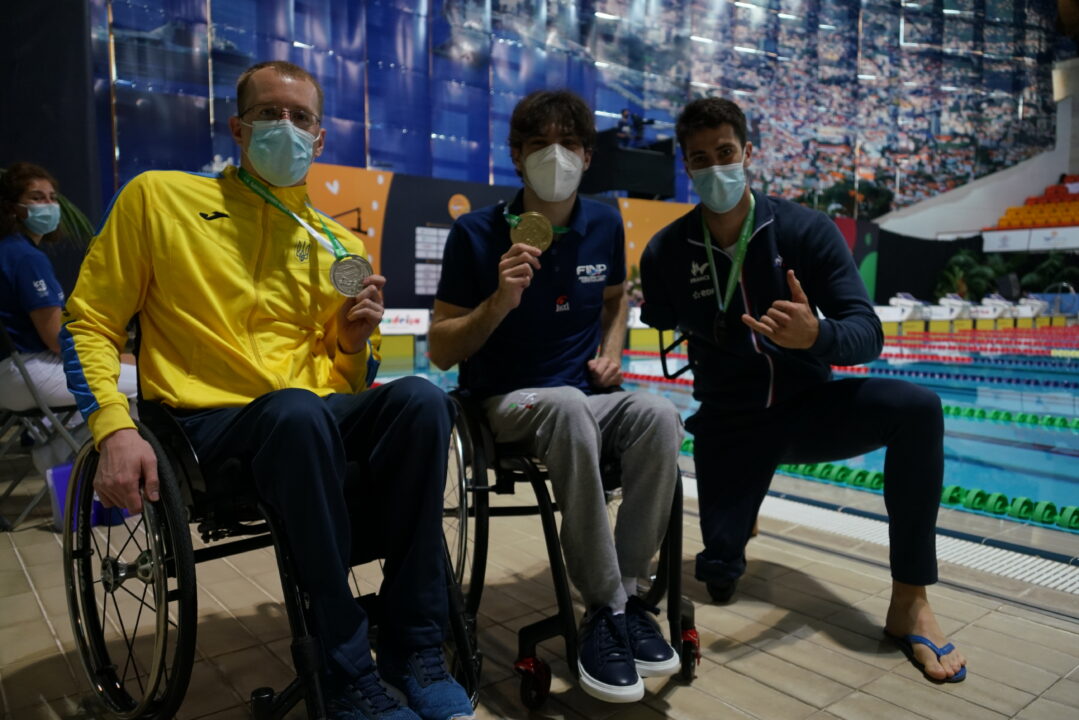 Among the record-breaking highlights was Italy’s Antonio Fantin, who bettered his own S6 men's 100 free Paralympic record twice in the same day. Current photo via Courtesy of the IPC

A total of 5 World and 11 Paralympic records fell on day 8 of the Tokyo Paralympics. Among the record-breaking highlights was Italy’s Antonio Fantin, who bettered his own S6 men’s 100 free Paralympic record twice in the same day.

Earning her third gold medal in Tokyo was Brazil’s Maria Gomes Santiago, setting a new Paralympic record of 1:14.89 to win the SB12 women’s 100 breast final. The former record of 1:16.38 has stood since 2012. Gomes Santiago also won golds in the 50 free and 100 free finals.

In the SB11 women’s 100 breast heats, Cyprus’ Karolina Pelendritou set a new European continental record with the No. 2 prelims time of 1:24.54. Pelendritou then won her first Paralympic title since 2008 in the final by smashing her own prelims Paralympic record the 1:22.36 World record with a time of 1:19.78. Taking a narrow silver medal for a new Asian record was China’s Ma Jia (1:19.82).

In the S5 men’s 50 free, China’s Yuan Weiyei top prelims swim of 31.30 bettered the 2012 Paralympic record of 32.05 as well as established a new Asian continental record. Then in the final, country-mate Zheng Tao picked up his third Paralympic title in Tokyo by winning the final in a new Paralympic and Asian record of 30.31.

When the world record line came up on TV in the final leg of Rivard’s swim she was so far ahead of it that I initially thought it was a graphics mistake.