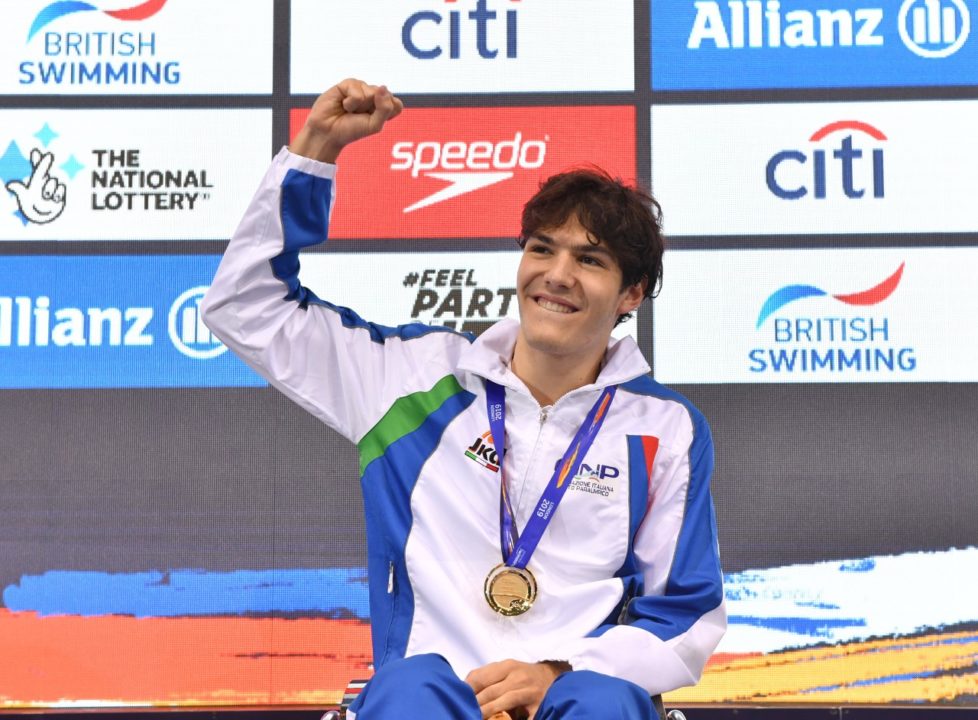 A trio of Paralympic records fell on day 8 prelims. Among them was Italy's Antonio Fantin, who bettered his S6 men's 100 FR two-day-old Paralympic mark. Stock photo via Augusto Bizzi/FINP

A trio of Paralympic records, along with one World record, fell on day 8 prelims of the Tokyo Paralympics. Taking down the first Paralympic record of the session was Italy’s Antonio Fantin, taking 0.04s off his own S6 men’s 100 free Paralympic mark at 1:04.16 from two days ago leading off the 34 points men’s 4×100 free relay. He owns the May 2021 World record at 1:03.76.

In the S5 men’s 50 free, China’s Zheng Tao put up a 31.81 in the heat before country-mate Yuan Weiyei‘s top prelims swim of 31.30. Yuan’s time bettered the 2012 Paralympic record as well as established a new Asian continental record. Former Paralympic rec0rd-holder, Brazil’s Daniel Dias, took third in the heats at 32.65.