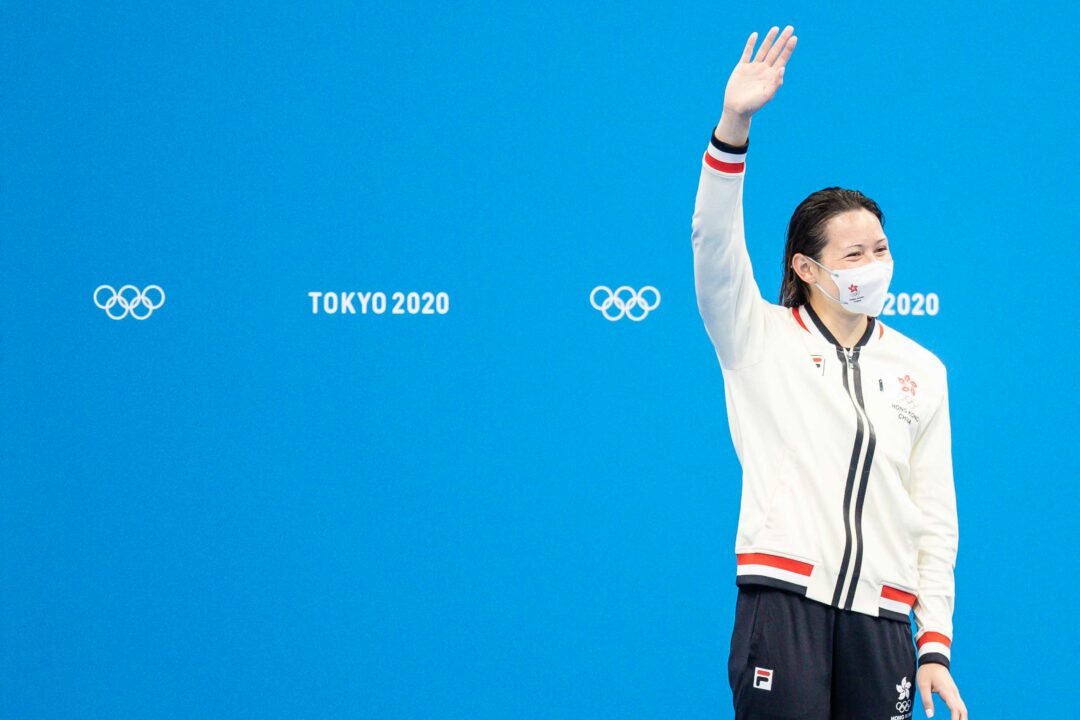 Swimmer Caeleb Dressel (above) and gymnast Simone Biles were announced as co-winners of the 2021 AAU Sullivan Award on Friday.

There are just over 1,000 days until the Paris 2024 Olympic Games but we’re already examining the men’s sprint freestyle talent that awaits.

Following a historic performance at the Tokyo 2020 Olympic Games, where she won two silver medals, Hong Kong native Siobhan Haughey has seen an outpouring of support from artists around the world.

Across the country, Haughey’s performances earned her national attention, leading to an outpouring of support from fans. Many of these fans opted to post fan-art for Haughey across social media. Haughey reposted the pieces on her Instagram, writing, “Everyone has been showing so much support to athletes in the past few weeks and I’ve received so many amazing artworks of me.”

Hong Kong, a part of China, competes under its own independent flag in all Olympic and Paralympic competitions due to the IOC’s grandfather clause. Since first competing in the Olympic Games in 1952, Hong Kong has only won a total of 9 Olympic medals across all sports, including the 2 medals recently won by Haughey. Six of the country’s total all-time medals were won in Tokyo, where athletes also won medals in table tennis, karate, fencing, and cycling.

Haughey swam beautifully, she deserves all the credit she is getting.

Someone actually down-voted? Who soured your milk?