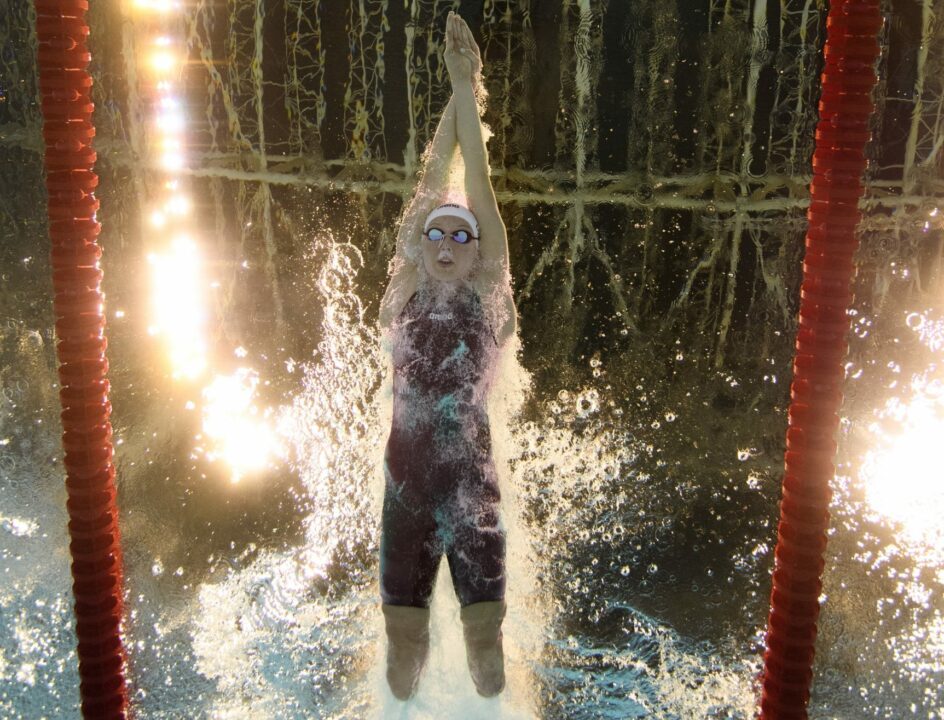 On the penultimate day of the Tokyo Paralympics, a total of 5 World and 11 Paralympic records were taken down between prelims and finals.

All of Long’s Tokyo Medals

Another swimmer that dazzled the last finals session of these Paralympics was Raman Salei, who won his third title and Azerbaijan’s 4th medal in Tokyo. Salei took the S12 men’s 100 fly final with a time of 57.81, just 0.06s ahead of Great Britain’s Stephen Clogg (57.87) and 0.84s ahead of RPC’s Roman Makarov (58.65). Previously, Salei won gold in the S12 men’s 100 back and 100 free. Placing sixth in the final for a new Oceanian continental record was Australia’s Braeden Jason (59.01).

Kicking things off in the SM10 men’s 200 IM final was Ukraine’s Makysm Krypak, swimming a new Paralympic record of 2:05.68 to take the gold medal. Swimming in two seconds later was Italy’s Stefano Raimondi for silver at 2:07.68 while the Netherlands’ Bas Takken took the bronze medal at 2:11.39.

Breaking 33 seconds for the first time in the S7 women’s 50 fly final was Canada’s Danielle Dorris, dropping a half second from prelims at 32.99 for the gold. USA’s Mallory Weggemann (34.30) touched two one-hundredths ahead of Italy’s Giulia Terzi (34.32) for the silver. Terzi’s time was good enough for a new European record.

Clipping a half second off of his own World record was RPC’s Roman Zhdanov, winning the S4 men’s 50 back final at 40.99. Taking the silver by 0.27s was Czech Republic’s Arnost Petracek at 41.26 while Mexico’s Angel Camacho Ramirez took the bronze at 43.25.

In the S4 women’s 50 back final, China’s Liu Yu took down her own prelims World record of 45.81 to win the final at 44.68. Country-mate Zhou Yanfei took the silver medal at 48.42 while Greece’s Alexandra Stamatopoulou also broke 50 seconds for bronze at 49.63.

Shaving a mere five one-hundredths off her prelims Paralympic record to take the S11 women’s 100 free final was China’s Li Guizhi, setting a new Asian record at 1:05.87. The difference between second and third place was just one one-hundredth of a second. Taking the silver medal was Liesette Bruinsma of the Netherlands, edging out China’s Cai Liwen 1:06.55 to 1:06.56. Placing fourth was USA’s Anastasia Pagonis, setting a new Americas record of 1:06.65, just 0.09s outside earning another medal.

In the last event of the entire ten-day meet, the 34 points men’s 4×100 medley relay, two different World records were broken. Leading off for RPC was Bogdan Mozgovoi, who broke the S9 men’s 100 back World record at 1:01.00. He was then followed by Andrei Kalina, Alexander Skaliukh, and Andrei Nikolaev, combining for a new relay World record time of 4:06.59. Australia swam 4:06.59 for the silver medal, a new European record, while Italy earned the bronze medal at 4:11.20.

At the end of the session, 6 World and 9 Paralympics were broken.