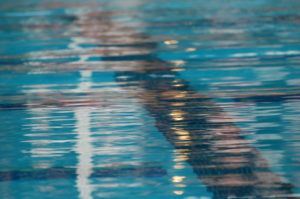 Two meets out of the formerly seven-meet series have already been canceled – the Indianapolis stop, scheduled for April 16-18, is currently a “go.”

Nine-time Paralympic gold-medalist Sophie Pascoe is among the New Zealand squad training for the 2019 Para-Swimming Championships at the University of Bath.

Paralympics New Zealand (PNZ) announced the selection of the team which will compete at the 2019 World Para Swimming Championships, Sept. 9-15.

18-year-old Eve Thomas collected a World Championships-worthy time in the women’s 800m free to close out the NZ Open in Auckland.

Bradlee Ashby put up the 4th fastest 200m IM time of his career to add his name to the list of NZ World Championships qualifiers.

The podium finishers were crowned based on the scores of their top two meets out of the six-meet series.

New Zealand’s Sophie Pascoe took down the 50 free, 100 free and 200 IM records over the course of three days in Singapore.

Pascoe also broke the S9 100 free world record on the first day of the WPS World Series stop in Singapore.

The 2019 Vic Open wrapped up tonight in Melbourne, with 23-year-old Jessica Hansen completing her sweep of the women’s breaststroke events.