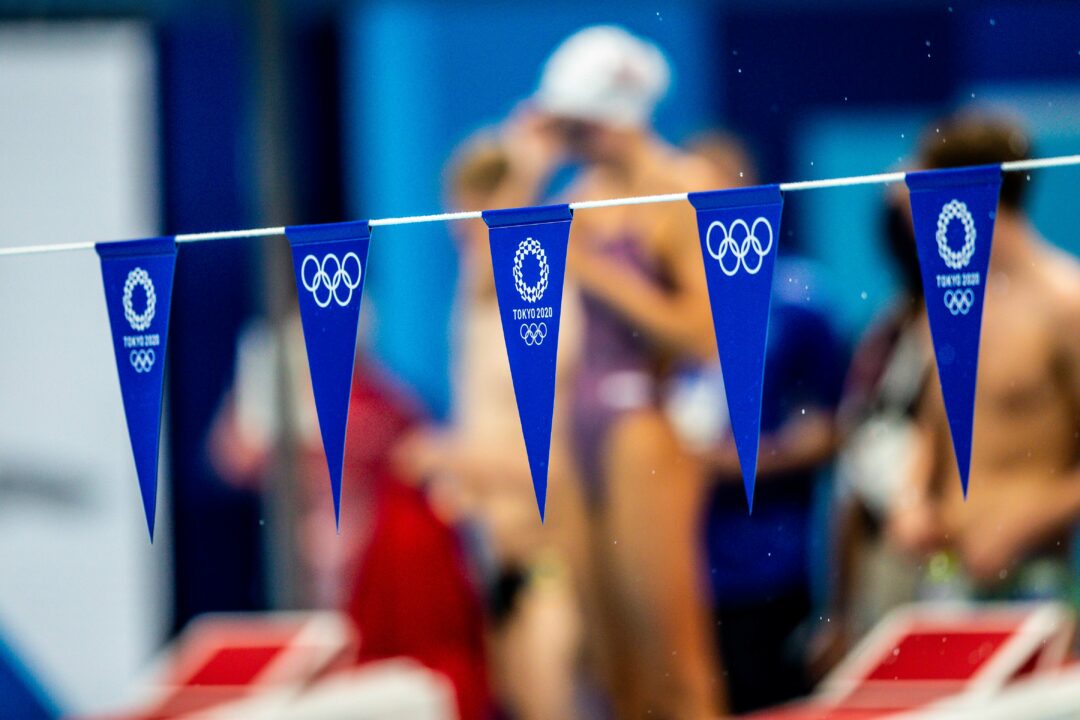 Day 2 of the Tokyo Paralympics started off Thursday morning in Tokyo with a couple of sprint freestyle events.

In the S4 Men’s 100 free, world record-holder Ami Omer Dadaon of Israel was disqualified in heat two. He set the world record recently in May at the Para European Championships and his prelims time of 1:20.52 would have broken the Paralympic record from 2004 by more than 2 seconds.

Italy’s  Luigi Beggiato swam a 1:22.93 in heat two to claim the top spot in the final, within .16 of the Paralympic record.

Meet results declare that USA’s Anastasia Pagonis cracked the S11 women’s 400 free world record with a time of 4:58.40, although she already posted a 4:56.16 at the U.S. Paralympic Trials in June to break the S11 world record. Regardless, the record is hers and this was a great swim for Pagonis who simultaneously crushed the Paralympic record.

In heat one, the Netherlands’ Liesette Bruinsma won with a 5:10.33 to briefly set the Paralympic record before Paganis broke it in heat two. The previous record was set at 5:11.32, set by Daniela Schulte of Germany in 2012. With Bruinsma posting the second-fastest prelims time, about 12 seconds behind Pagonis, the 17-year-old American has a great chance of winning her first Paralympic medal in this event.

In the SB9 women’s 100 breast, the Netherlands’ Lisa Kruger won heat one with a 1:13.83 to crack her own Paralympic record of 1:15.47 from Rio. But her countrymate Chantalle Zijderveld, the world record holder in this event, blasted a 1:11.23 to lower her world record from June and the Paralympic record.

Katja Dedekind of Australia cracked the S13 women’s 100 back Paralympic record in heat 1 with a 1:07.38. She fended off world record holder Carlotta Gilli of Italy, who took 2nd place, by .62. But then USA’s Gia Pergolini took heat two by storm, barreling into the wall with a time of 1:05.05 to crush Gilli’s world record from the Para European Championships in May and Dedekind’s minutes-old Paralympic record.

They make up the top three seeds going into finals, but it may be more of a one-woman show as Pergolini took out the first 50 a full second faster than everyone else with a 31.33.

Andrei Kalina of the Russian Paralympic Committee claimed the top spot going into the SB8 men’s 100 breast final out of heat two with a time of 1:08.46. He came within 1.45 of his world record from the Beijing Paralympics. It will be a tight race for the podium with the top four seeds (Kalina, Spain’s Oscar Salguero Galisteo, the Netherlands’Tim van Duuren, and RPC’s Daniil Smirnov) within .7 of each other.

In the first relay event of the meet, the mixed 4×50 free relay, Italy earned the top spot going into finals, a couple of seconds ahead of 2nd place finisher Ukraine. Italy’s team of Arjola Trimi, Arianna Talamona, Francesco Bocciardo, and Antonio Fantin touched in 1st place at 2:25.48. China is the defending champion and world record-holder in this event (they set the mark at 2:18.03 at the Rio Paralympics) and they placed 4th in prelims.