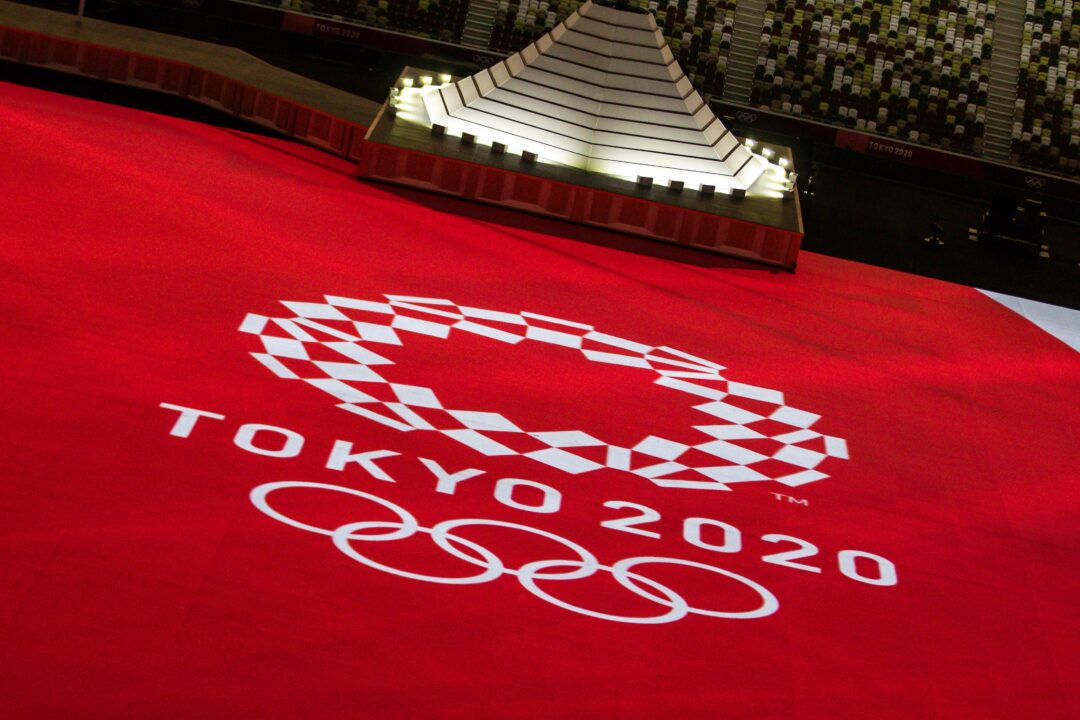 During this morning’s opening ceremony, IOC president Thomas Bach of Germany welcomed the Olympic community to open the 2020 Olympic Games in Tokyo, Japan. Following a rendition John Lennon’s “Imagine” and 1,800 drones lighting up the sky, Seiko Hashimoto, president of the Tokyo 2020 Olympic organizing committee, gave a speech of her own in Japanese before Bach.

In March of 2021, Bach was re-elected as IOC president for this second and last four-year term unopposed. His first term began back in 2013, earning 49 out of 94 votes. During the 137th IOC session, Bach received 93 votes towards his re-election.

From there, Bach put his leadership skills to the test by implementing numerous decisions on the Olympics, even if it was an unpopular decision. Shortly after the announcement only domestic spectators would be allowed, the IOC pushed the official decision on spectators on June due to the varying COVID-19 numbers and trends globally and in Tokyo.

“Tokyo and Japan have accepted the unprecedented challenge of organising the first postponed Olympic and Paralympic Games in history,” Bach reassured in his first press release as a second-term IOC president. “We thank them for their great work in this respect and, as partners, we understand the great responsibility that everyone attending the Games must accept so that all participants and the Japanese population remain safe.” Eventually, it was decided that the postponed 2020 Olympics would be spectatorless. Bach had also put in action a plethora of COVID-19 testing measures, including a standard practice risk waiver announcement on June 1st to any participant.

Despite Tokyo’s fourth state of emergency and rising concerns for the Games, Bach remained set on holding the games, claiming that canceling the Olympics is “not really an option”. Bach stated, “We, the IOC, will never abandon the athletes, and with the cancellation, we would have lost a whole generation of athletes. So therefore, a cancellation for us was not really an option.”

Bach also repeatedly honored the “Japanese people,” who collectively have become the biggest critics of hosting this year’s Olympics in Tokyo.

In one of Bach’s closing remarks, he addressed the newly adapted Olympic slogan: “faster, higher, stronger – together“. Bach continued on by concluding that, “the pandemic forced us to be apart… But today, wherever in the world you may be, we are united in sharing this moment together”.

Your Majesty, the Emperor,

Welcome to the Olympic Games Tokyo 2020.

Today is a moment of hope. Yes, it is very different from what all of us had imagined. But let us cherish this moment. Finally we are all here together: the athletes from 205 National Olympic Committees and the IOC Refugee Olympic Team, living under one roof together in the Olympic Village.

We can only be all together here, because of you, our gracious hosts, the Japanese people, to whom we would like to express all our appreciation and respect.

The Organising Committee, and the Japanese authorities at all levels have done extraordinary work for which, on behalf of all the Olympic athletes, I want to express our deepest gratitude.

Ten years ago, you set out on the journey to bring the Olympic spirit back to Tokyo after the outstanding Olympic Games Tokyo 1964. It was a difficult journey, with unprecedented challenges: first, reconstructing after the Great East Japan Earthquake, then the coronavirus pandemic. This is why our gratitude and admiration for you is even greater.

We thank all the many unsung heroes, the doctors, nurses and all the Japanese people who contribute to contain the pandemic.

A special thanks goes to the thousands of volunteers, who despite all the challenges they had to face, welcomed us wholeheartedly. You are the best ambassadors for Japan. A big thank you to all volunteers!

Thank you to all Japanese people for making the Olympic Games Tokyo 2020 possible.

What is true for the perseverance of the Japanese people is also true for you, my fellow Olympic athletes.

You struggled, you persevered, you never gave up, and today you are making your Olympic dream come true.

You are true Olympic athletes.

You inspired us, the IOC and the entire Olympic community. You inspired us to fight like you, and for you, to make this moment possible.

This is why, I would like to express my sincere thanks to all the National Olympic Committees, the International Federations, all our TOP partners and sponsors and our Rights-Holding Broadcasters for standing together with us.

This made all of us a true community – the Olympic community.

This Olympic community is with you tonight and during the entire Olympic Games. Billions of people from around the globe will be glued to their screens, sending you their enthusiasm, their energy and cheering you on.

Our Olympic community learned that we can address the many big challenges of our times only if we stand together.

Solidarity means much more than just respect or non-discrimination.

This is what we are doing in our Olympic community. We are standing in solidarity to make the Olympic Games happen and to enable all of you, the athletes from all National Olympic Committees, whether big or small, whether rich or poor, and from all Olympic sports, to take part in the Olympic Games.

This solidarity fuels our mission to make the world a better place through sport. Only because of this solidarity we can be here together tonight.

Without solidarity, there is no peace.

In this Olympic spirit of solidarity and peace, we welcome the IOC Refugee Olympic Team.

With your talent and human spirit, you are demonstrating what an enrichment refugees are for society. You had to flee from your homes because of violence, hunger or just because you were different. Today, we welcome you with open arms and offer you a peaceful home. Welcome to our Olympic community.

In this Olympic community we are all equal. We all respect the same rules.

This Olympic experience makes all of us very humble because we feel that we are part of something bigger than ourselves. We are part of an event that unites the world. United in all our diversity, we become bigger than the sum of our parts. We are always stronger together.

This is why we are so grateful to you, the athletes, for expressing your commitment to these Olympic values of solidarity, non-discrimination, sport without doping, inclusion and equality in your new Olympic oath.

This is why, the IOC has adapted the Olympic motto to our times: faster, higher, stronger – together.

This feeling of togetherness – this is the light at the end of the dark tunnel.

The pandemic forced us to be apart. To keep our distance from each other. To stay away even from our loved ones. This separation made this tunnel so dark.

But today, wherever in the world you may be, we are united in sharing this moment together. The Olympic flame makes this light shine brighter for all of us.

Now I have the great honour of inviting His Majesty the Emperor to declare open the 32nd Games of the Olympiad, Tokyo 2020.

I humbly request his Majesty the Emperor to declare open the Tokyo Olympic Games.

The Honorable President Thomas Bach with his speech for the Opening Ceremony Of Olympics “TOKYO 2020” has inspired all the world with his peaceful sensitivity and his serene values enriching The light of The Olympic Flame and The Olympic Spirit with safe and peaceful ideals and messages that we all individuals and nations prosper and progress when we do not go against the basic values of life and creating a deeper understanding with mutual love and solidarity that we all belong to one family of man.The recognition of the contribution of refugees worlwide was perfect. An excellent lesson for the youth and mankind. WE MUST WORK TOGETHER FOR THE PEACEFUL COEXISTENTENCE.
HONORABLE PRESIDENT YOU HAVE BECOME AN INTERNATIONAL HEART… Read more »

My husband and I were touched by all the opening statements and speeches, particularly that of The IOC President of the 2020 Olympics, Thomas Bach. His plea was for solidarity among all the countries who have sent accomplished young athletes to the Olympic Games during this challenging time.. The recognition of the contribution of refugees worldwide was brilliant. His advice would create a world worthy of these talented young people. Only cooperation between all countries will solve the world’s pressing problems (eg. climate change, Covid, inequality). We must work TOGETHER!
Thank you for your inspiration.
It is sad this important message was not heard by all.
carolyn davis

Actions speak louder than words…somehow feel there’s an imbalance with this guy.

Speech could have been cut to 30 seconds by saying “together” 30 times with no other words. Same for the Japanese speaker no one understood. I’d have walked out mid speech to break some cardboard beds.

Together solidarity together that’s the just of it