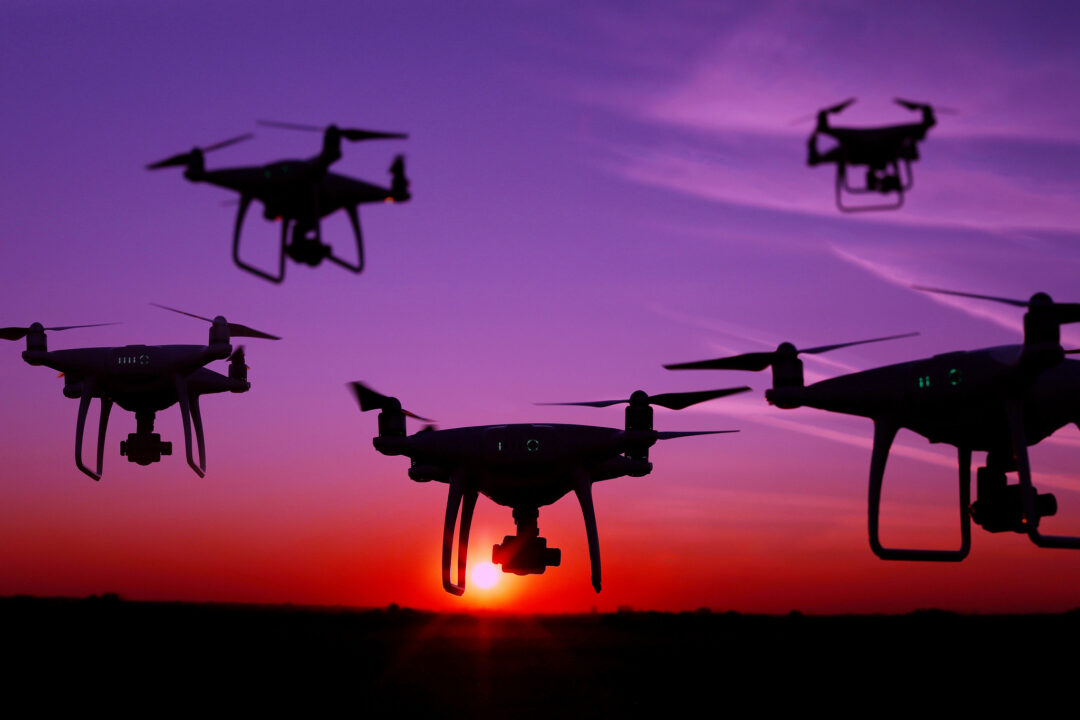 For the second straight Olympic Games, an aerial drone show has become one of the highlights of the opening ceremonies on Friday in Tokyo.

For those who watched the Tokyo2020 Olympic Games live on Friday morning (many countries, including the United States, will re-air the event on taped delay in local primetime), there were a number of highlights. Even with some awkward moments in the fan-less Japan National Stadium, which had graduated placards placed around to give some appearance of an audience, there were still a number of highlight moments at the event.

Drone Formations in the Sky

Among the highlights was an aerial display using drones.

Drones have become a regular part of Olympic opening ceremonies in recent years, but Tokyo might have perfected it. Organizers used drones to create a floating sphere in the sky that ultimately morphed into the moon and planet earth.

Drone shows in the near future might replace fireworks as massive skyward public displays after Tokyo showed that drones can be used not only for capture, but for display as well.

1,824 drones were used in the display, with photos and videos from around Tokyo appearing online. The drones, as they did at the 2018 Games, used the Intel “Shooting Stars” platform.

Below are photos and videos of the Tokyo 2020 drone presentation, followed by drone videos from previous Olympic Games.

whatever your opinion on the #Olympics and #Tokyo2020 going ahead, this 1800 drone display is cool as f…. pic.twitter.com/0xqkFue86X

Drone light show in the sky.
Theme of #olympic opening ceremony is “United by emotion” pic.twitter.com/a9VXldQpyv

1,824 drones light up the sky above the Olympic Stadium as the #Tokyo2020 emblem seamlessly becomes a revolving globe. 😍🌏#StrongerTogether #OpeningCeremony pic.twitter.com/mcGteqdJ7n

It really is amazing what @Intel can do with its drones. #Olympics #ClosingCeremony pic.twitter.com/YhS5ToZI0r

Best view of the @Intel drone swarm performance at the Olympics pic.twitter.com/mCsILkq38Z

One mystery was cleared up after Americans woke up to the news on Friday morning that tennis star Naomi Osaka would have her opening match of the Olympic Games moved to Sunday from its originally-scheduled Saturday at the request of the organizing committee.

Ultimately, we learned that this was because Osaka was due to light the Olympic cauldron – one of the highest honors an organizing committee can bestow upon an athlete at the Olympic Games. There was some rumor that retired swimmer Kosuke Kitajima might be the final torch-bearer, but instead it was Osaka who lit the cauldron that will burn for the next two weeks over the Games.

For those wondering who the pianist was that played a long set during the Kobuki performance on stage during the opening ceremony, her name is Hiromi Uehara, who is known by the monomymous moniker “Hiromi.”

Hiromi caught many eyes on social media for her frantic and energetic playing style that included using her elbow at moments.

Hiromi, a jazz composer who weaves a number of influences into her music, is a 42-year old from Hamamtsu, Japan. She began playing piano at age 6, and by 14 had a gig playing with the Czech Philharmonic Orchestra.

After spending time as a jingle writer, she enrolled at the famed Berklee College of Music in the United States.

This was an Olympic moment that will live in lore forever. The story was told about how the Olympic Pictograms, those icon images representing different sports, were invented for the Tokyo 1964 Olympics, the first in Asia, as a way to overcome the language barrier.

The pictograms were all animated and, eventually, performed by a troupe of actors in the opening ceremony in a delightful few minutes of television that served as a main event of the ceremony.

In opening ceremonies that are often filled with nebulous symbolism (the one-world anthem Imagine was on the setlist again for Tokyo), this was a really fun way to tie the Games back to the history of Tokyo’s hosting and offered a different sort of show.

A taste of the animated pictograms was posted in February 2020, which you can see below. We’ll post the full video when available (which won’t likely be until after NBC re-airs its coverage in prime time on Friday evening).

For the 3rd straight Olympics (Rio, Sochi, and now Tokyo), Tonga’s delegation was led out by a topless oiled man named Pita Taufatofua. Known globally as “Pita,” the man, born in Australia but raised in Tonga, has become an Olympic icon without ever coming close an Olympic medal.

In 2016, he competed in Taekwondo, losing 16-1 in his first bout. By Sochi, he had picked up cross-country skiing, ultimately becoming the second Tongan to ever compete at the Winter Olympics. He went topless again, in spite of the weather. He finished 114th out of 119 skiiers in the men’s 15km race.

Now in 2020, after a failed attempt to qualify in canoeing, he will be back competing in Taekwondo again.

"The hot, shirtless Tongan flagbearer from Rio is BACK!"

Pita Taufatofua became an overnight sensation five years ago when he marched shirtless and in a traditional Tongan outfit at the opening ceremonies in 2016 and 2018. He is back for #Tokyo2020. https://t.co/lSzzr8Lsf4 pic.twitter.com/bT2HlMoKhO

The drones was breathtaking.

I can only assume how difficult it has been on Tokyo to host these games but the opening ceremonies were wonderful. Arigato gozaimasu! Thank you to Japan for the beautiful, heart warming, and fun opening celebration for these games!!
🤍🇯🇵❤