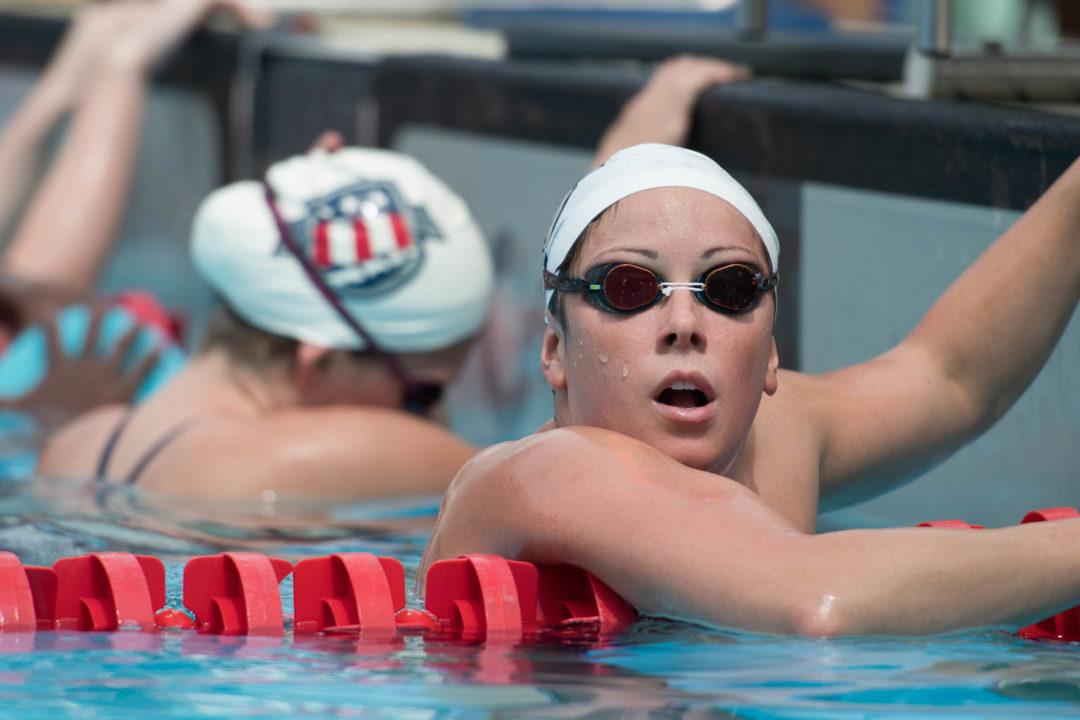 Though the main competition at the Tennessee Invite is among college teams this weekend, Tennessee postgrad and Rio Olympian Molly Hannis was the star of the show in Knoxville today. This morning, Hannis became the second woman in history to break 57 in the 100 yard breaststroke, smashing her personal best by a second with 56.64. Only Lilly King has been faster (56.30).

She followed up that swim with the 10th-fastest swim in history in finals to win the event by over two seconds with 57.39.

Going into day 3, Tennessee holds a commanding lead in both the men’s and women’s standings.

Tennessee’s Erika Brown is having an incredible meet this weekend, after finishing second last night in the 50 free with a time that would have made the top 8 at 2017 NCAAs. Tonight, she followed up that performance with another ‘A’ cut and school record, this time with a win in the 100 fly in 50.77. Tonight’s swim was another that would have been good for the top 8 last season. (It also would have been second, ahead of Mallory Comerford, at Winter Nationals tonight.)

Last night’s 50 free winner Caroline Baldwin of UNC went 51.95 to win the 100 back in a time that would have been second at tonight’s Winter Nationals.

Tennessee’s Ryan Coetzee put up a 46.02 to win the 100 fly, a time that would have taken third at tonight’s Winter Nationals, missing his personal best from last year’s SECs by just .01.

Coetzee went a 45.5 this AM in prelims to break the school record and take the #1 time in the county at the time. Worth noting…