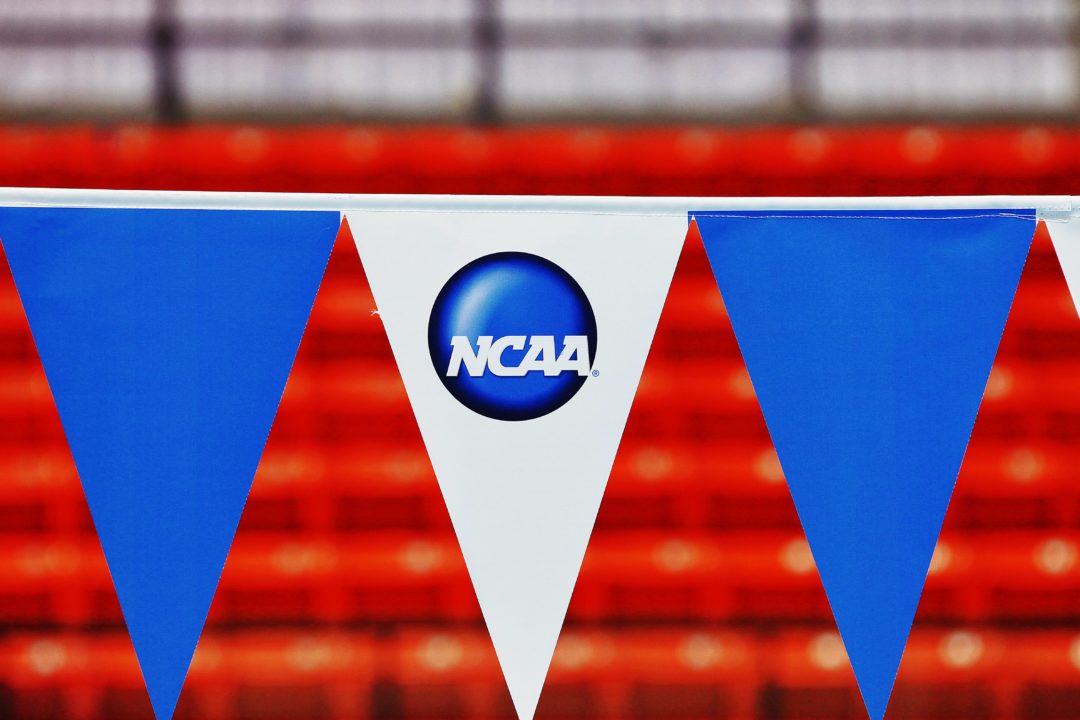 Last week, I scored out the D1 women‘s pre selection psych sheet. This exercise gives us some idea of how...

Last week, I scored out the D1 women‘s pre selection psych sheet. This exercise gives us some idea of how teams stand heading into the meet, but there are some major flaws. Swimmer’s entry times are based on their best time this season. Many top swimmers haven’t fully rested yet, or have rested some, but not in every event they entered. It’s relatively easy to predict that these swimmers will be faster at the big meet. So I decided to try a projection that factors that in.

I grabbed the top collegiate time for every swimmer* that qualified for the meet individually and re scored. I left relays with their current seed times. Still no diving. This resulted in the biggest point jump for California (392 points) who added 25.5 points vs the scored psych sheet. This put their projected swimming point lead over Texas A&M (324 points) for 2nd to 58, up from 28.5 on the regular psych sheet. Stanford remained solidly in 1st place with 539.

One flaw with this methodology is that freshmen’s pre collegiate best times aren’t included, but this isn’t as big a problem as for the men. Nearly all of SwimSwam’s top ranked recruit’s pre collegiate top times are either ranked outside the top 16, or they’ve already bettered them this season. This means the missing times don’t have a large impact on the standings.

Unsurprisingly, Stanford dominate the top of the individual rankings here with the top 3 individual point scorers. Katie Ledecky leads with 60 followed by Simone Manuel and Ella Eastin with 57. Next is Kathleen Baker of Cal with 53, Erika Brown of Tennessee with 50, Mallory Comerford of Louisville with 49, and Sydney Pickrem of Texas A&M with 49. Individual scores are listed below the team scores.

*I didn’t get times for transfers from their previous school, only their current school. Shouldn’t change much

It is not clear how your re scoring procedure works. For the top swimmers their in-season times are not good predictors because of tapering/rest factor but because there was no need for them to show their best in season to get qualified. If such a swimmer has a history then times from last year finals can be used adjusted on the difference between some way averaged in-season times from last and current seasons. Comparing in-season times may give some idea if it was improvement in form. If re scoring is based on historical difference between in-season and final times than it will be less reliable, I think because it is not clear what possible real/consistent/biological/tactical/ whatever factor stands behind it.… Read more »

I think he takes the swimmer’s best times and scores the meet.

Well, that is some way. But personal best could be quite old, showed under comfortable conditions and don’t reflect swimmer’s current form. Times shown in last year finals (if available) adjusted by new personal best or by changes in averaged in-season times can be more suitable for estimation. But it may unnecessarily complicate the process and it would be no need to improve prediction by let say 0.1 sec in cases when one swimmer is 1sec faster than another one in average.

No one is implying that this is the way the meet will play out, we all know the meets aren’t swum on paper. It’s just another fun way of predicting results. We’re all excited to see the meet play out before our eyes!

If you throw out all the relays would be interesting if Katie Ledecky as her own team – if she alone would be a Top Ten “team” – in individual events.

She probably wouldn’t be. I believe Minnesota, 10th at NCAAs, scored 140 points without relays. 9th place USC scored 70. This is just quick math, but I think I’m right. She’d be close. If you threw out diving too, she *might* have a chance.