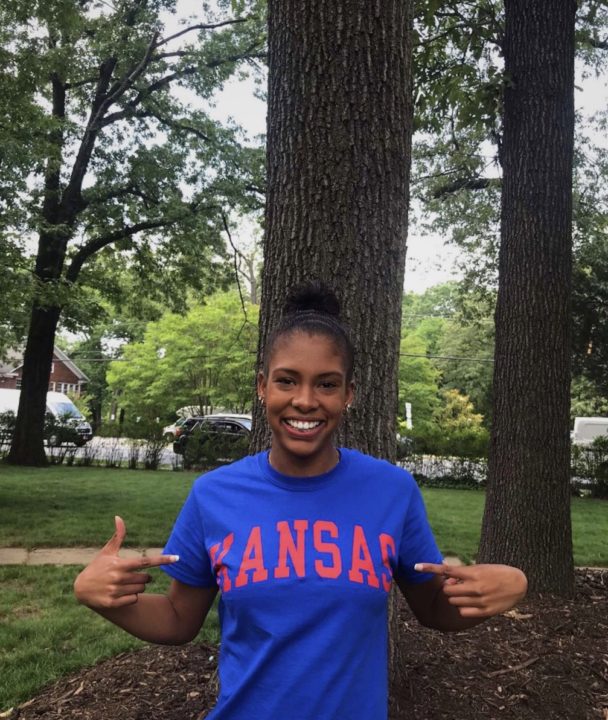 In her only champ meet with East Carolina, the 2020 AAC Championships, Brown scored in the 50 free B-final at 15th place. Current photo via Keyla Brown

Kansas has picked up East Carolina transfer Keyla Brown. She’ll join the Jayhawks this fall with three years of eligibility left after spending one season with the now-defunct ECU program.

I would like to announce my verbal commitment to KU! This was not an easy decision but one that had to be made due to wanting to continue my swim career. I would like to thank all my coaches but especially Kevin for everything he did for me at ECU ☠️ Lots of love for my Pirate family but I can’t wait to become a Jayhawk! #rockchalk

Brown, who came to ECU from College Park, MD, has represented Puerto Rico on the international stage. At the 2019 CCCAN Championships, in the 15-17 age group, Brown took bronze in the 50 fly, fifth in the 50 free, and seventh in the 100 free.