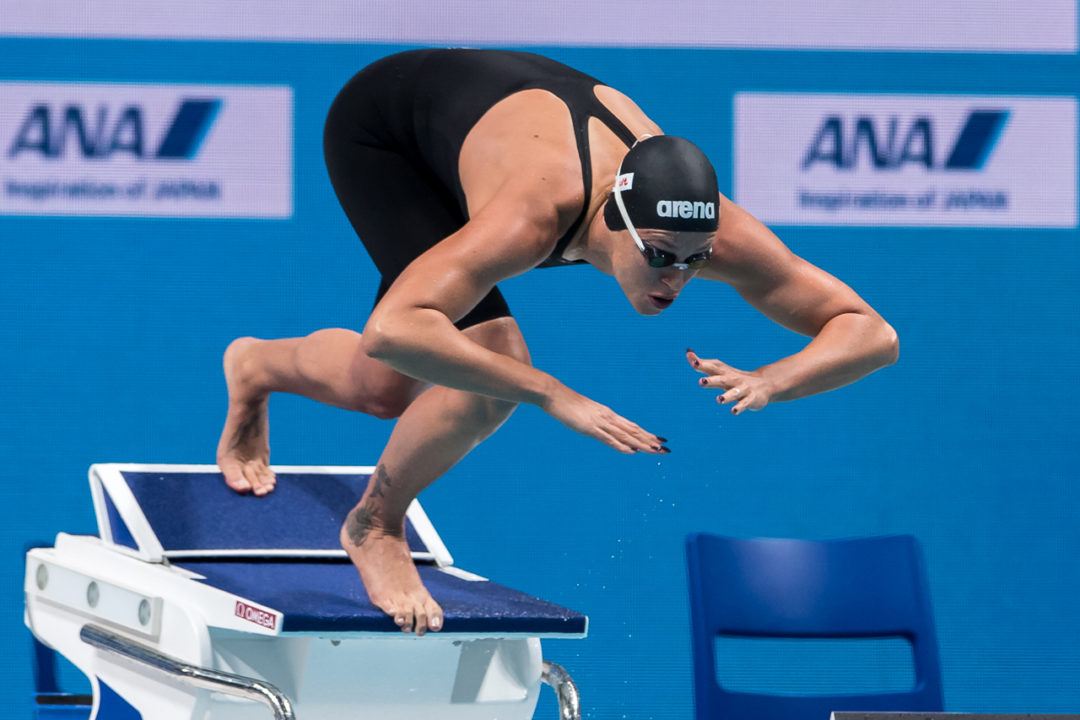 The uniquely formatted Energy For Swim! event kicks off on Tuesday, August 8th in Rome. Archive photo via Peter Sukenik/www.petersukenik.com

The uniquely formatted ENERGY FOR SWIM! event is slated to kick-off at the Foro Italico Pool in Rome, Italy on Tuesday, August 8th. Key medalists and elite athletes from Team Australia, Team USA, Team Italy and Team Energy Standard will take the pool not only in the name of fast swims, but also to earn points to ultimately contribute to their designated charity organizations.

Athletes win points based on placing within their races, with each team’s charity organization receiving financial support according to the final team ranking after all events have concluded. Additionally, a large part of ticket sales will be devoted to the charity foundations selected by the nations’ teams, which are Save the Children, Tabletochki, Cure Brain Cancer and Make a Splash. The ultimate goal of the two-day affair is to ‘take our sport beyond swimming.’

Full rosters from each of the four squads can be seen on the meet site, but key athletes from each line-up include: