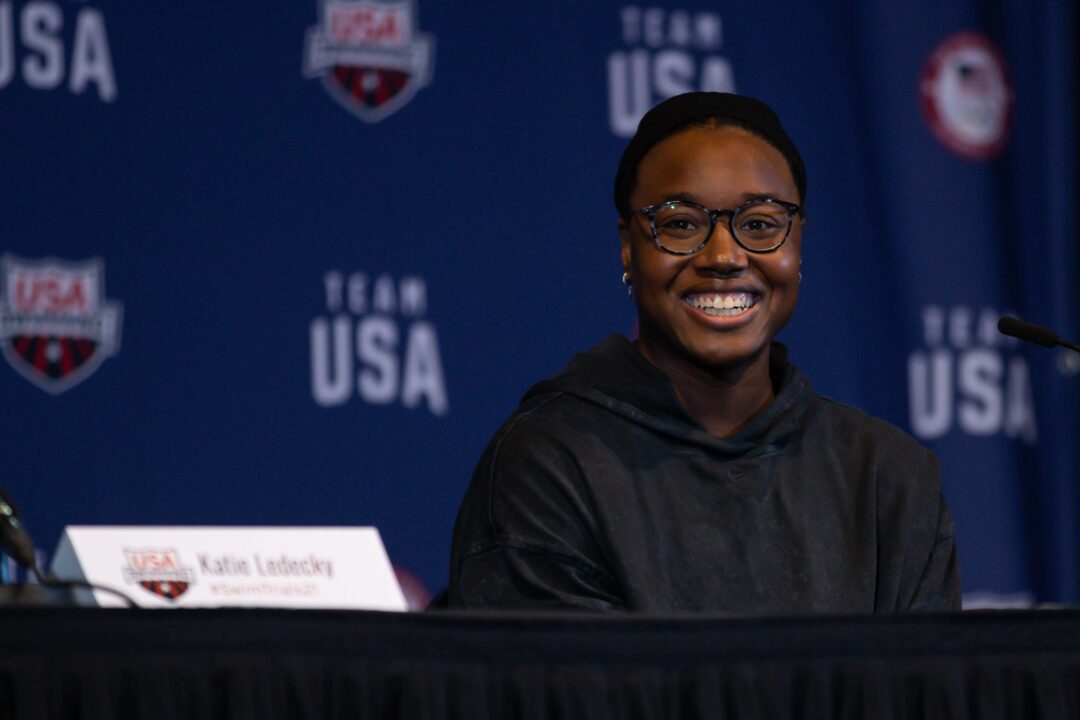 Manuel announced her move to Tempe in late August after a break from swimming. Stock photo via Jack Spitser/Spitser Photography

Arizona State hosted a dual meet against Wisconsin over the weekend, splitting with the Badgers. Some of the ASU pro swimmers raced as well, which was notable in two cases in particular.

Firstly, Olympic champion and American Record holder Simone Manuel swam her first races since the Tokyo Olympics in summer of 2021. Manuel announced her move to Tempe in late August after a break from swimming. Last we saw Manuel competing, she helped the U.S. women’s 4×100 free relay to a bronze medal in Tokyo, anchoring in 52.96.

In her return to racing on Saturday, Manuel swam a 22.18 in the 50 free and 48.40 in the 100 free. While those times are of course off her personal bests of 21.17 and 45.56, her performances over the weekend were right in line with the majority of her dual meet swims during her collegiate career at Stanford. Given that, it seems Manuel is quickly getting back into shape following her break from swimming.

This meet also marked World Record holder Regan Smith‘s first meet as a pro. It appears Smith is adapting well to her training under coach Bob Bowman, as she was fantastic, clocking a 1:49.43 in the 200 back. That time comes in a little over two seconds off Smith’s personal best and would have Smith leading the NCAA by a wide margin this season.

Notably, none of the Arizona State pro swimmers are set to compete at the FINA World Cup or SC World Champs. Given that, it seems likely the next major meet we see the ASU pros at will be the U.S. Open in about a month.

FYI. I don’t think Georgia ever suited up for a dual meet, so comparing suited vs unsuited (against Emory)????

A physically and mentally healthy Simone is so needed for this sport. Glad she took a break to gear up for 24, as we definitely need a 52 split to fight those pesky Aussies.

I’m sure they (those Aussies) will be ready. McKeon, C1, MOC, Jack, Meg Harris & Maddie Wilson will all be ready.

Doesn’t leave much room for the juniors to break through with the whole top six capable of 52 flat start.

There are 3 of them @ 54 flat at 15/16, can they improve 2 secs by Paris.
Could we see an Aussie trials final with all 8 swimmers going 52 flat or better or is that just being too greedy.

They’re stacked down under but I can dream

The US has some good young uns coming thru too Husske, Walsh & Curzan.
Looking forward to it.

A top form Manuel is a huge boon to team USA, but in terms of the sport, I don’t think it makes any difference.

13
-4
Reply
There's no doubt that he's tightening up

Oh it does make a difference. A top form Manuel challenges for the top of the podium. That changes the medal picture in a big way.

For Jimmy swim dismissing Manuel’s impact on the sport. Also her voice outside the pool is important too. No one else swimming now has that.

And why is that good for the sport? Team USA, who almost always gets the most gold medals, gets another gold medal or two. How would that impact the sport of swimming at all?

And what makes her voice more important than others? “No one else swimming now has that”. Not sure what you mean by that?

Were they suited up?

Im pretty sure I saw pics of them suited

If you mean they weren’t nude, yeah. But beyond that ….
They weren’t “suited” in the sense of a tech speed suit.

False. They were suited.

Um – they just posted the video. Simone was definitely suited for the 100 at least

The guys were wearing these suits: 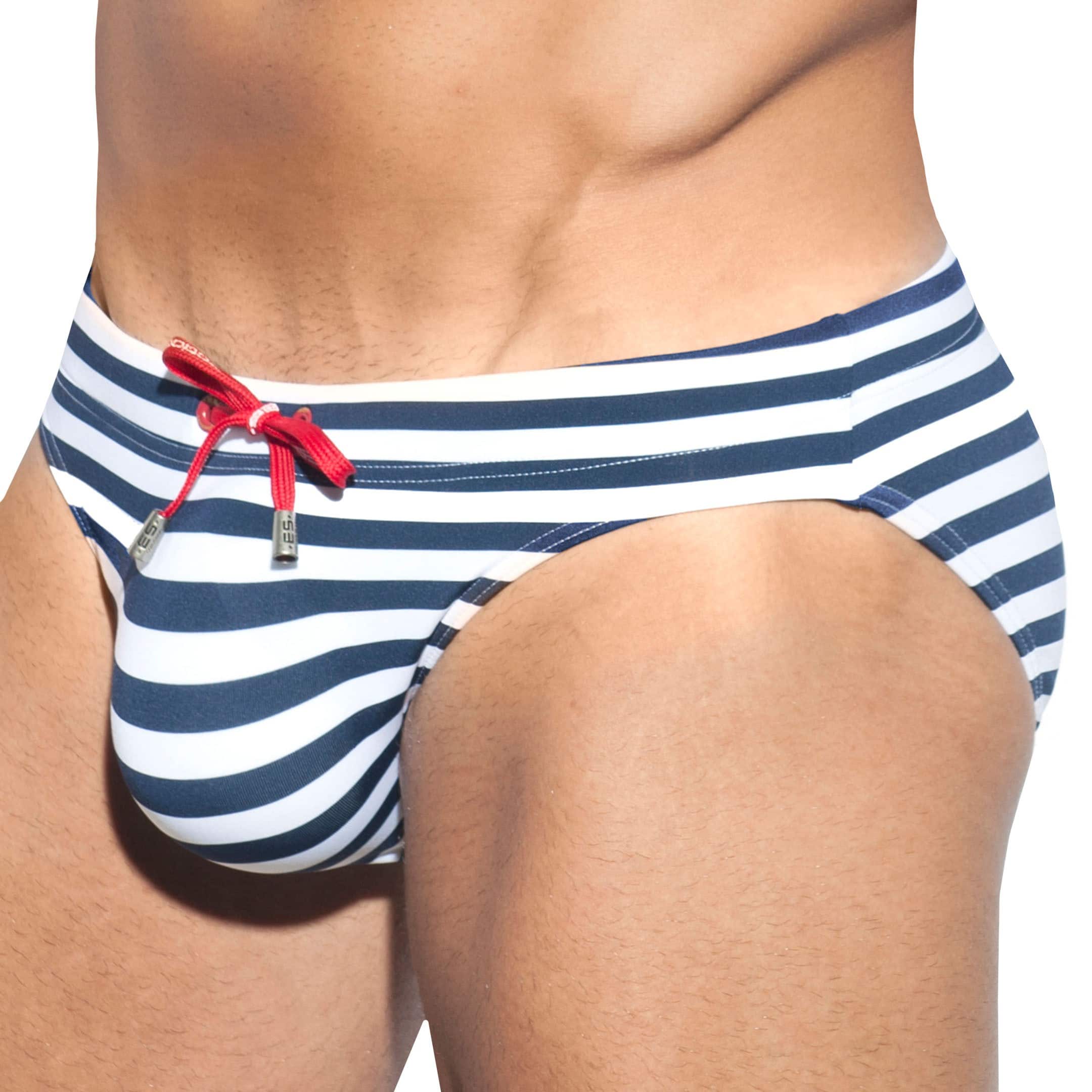 Not sure about the ladies.

Awww … This is just how rumors get started.

litherland got that dawg in him

The 1:39.44 swim by Litherland WAS Freestyle, not a mistaken time from another stroke. Your confusion may have been that he was in the same heat as the Kaliscz Breaststroke, separated by a lane or two.

Smith’s times probably most impressive. Manuel solid start she probably didn’t get too far out of shape and should be 53+ LCM if she suits up at us open.

The point is how big this “+” will be. It can put her among leading American sprinters or she may not even make a final.
I like this kind of predictions: like watching weather channel.

Not making it to these finals? Sure

If we’re being picky, it should be the top 8 from prelims. Although in both cases that was actually a tick slower – Albiero 25.31 and Kate Douglass 54.58.

I keep being reminded that she’s only 26. There are no guarantees in swimming, especially for a swimmer who has had the issues with burnout as she has, but making the finals is fully within her control. The “best” of Simone 2.0 is definitely faster than 25.31 and 54.58.

She hasn’t been slower than 25.31 in a final since the 2014 Santa Clara Grand Prix (remember Grand Prixs?).

Don’t forget, even with the overtraining syndrome, she still won the 50 free at the US Olympic Trials.

A healthy Simone is challenging for the 50/100 win, period! She won the 50 with a busted transmission. The queen is back! Get your popcorn ready.

The fastest American 50 Free in the last 2 years was Curzan’s 24.17 and the fastest 100 was Huske’s 52.92. A healthy and fully in form Manuel should certainly be topping both of those times.

What do you mean by she’s “only” 26? Is that considered young?

Mostly I mean that she’s been on the big international teams for so long that it seems like she should be older.

Half the final from Tokyo was over 26, so I wouldn’t call 26 “young” in women’s swimming, but I’d certainly say it’s in a range where she can still do good things.

Enough people like the weather channel to keep it on the air.

I’d disagree with anon to the extent of stating Jay “feels slow” — between the two events, with the 200 free done with no one beside him providing a “race” to motivate this all-time “RACER”… it was a pretty decent day mid-training.

How’d you find these?