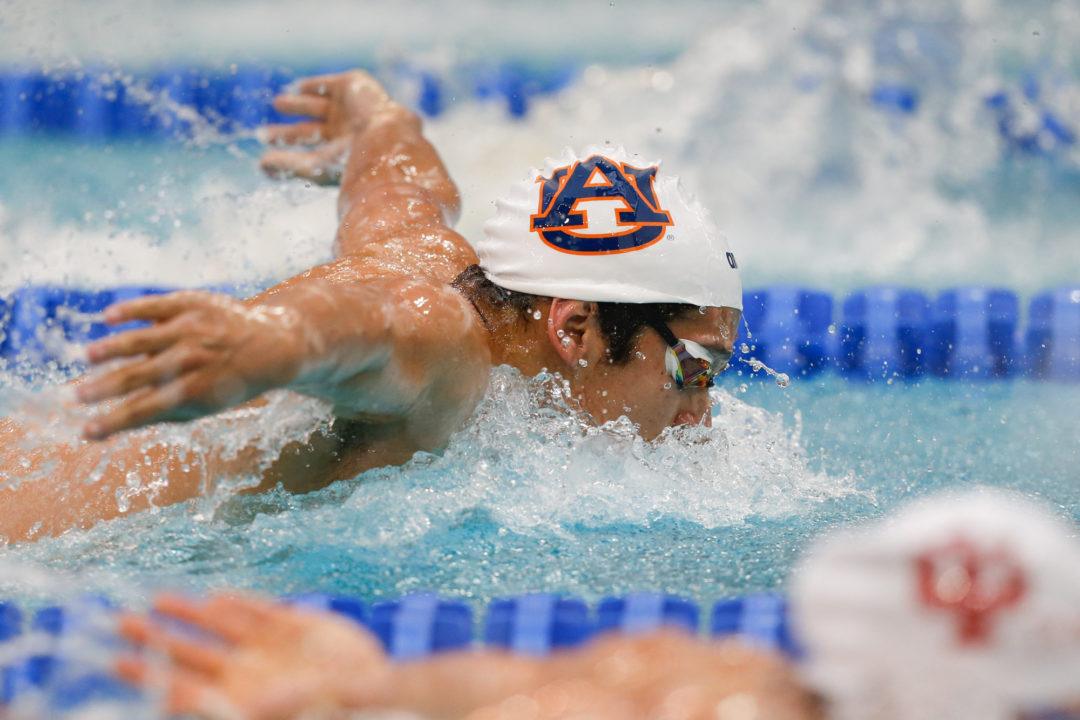 Lopez was an associate head coach at Auburn, but moved on to take the head coaching job at Virginia Tech when Auburn head coach Brett Hawke resigned this offseason. Gonzalez, one of the top freshmen in the nation this past season, will make the same move, joining Virginia Tech for his sophomore campaign, the school announced in a press release.

Gonzalez is a massive pickup for Virginia Tech. He would have won ACC titles in the 200 IM by almost two seconds and the 400 IM by almost five. He should be a massive addition to a Virginia Tech program that was 6th in the ACC last season. Just adding in individual swims from Gonzalez, VT would have added about 90 points at the conference level last year. He’s also a 2016 Olympian for Spain, and should be in the mix for a 2020 Olympic bid. He’s a former multi-time World Junior Championships gold medalist.

He’s also the second major name to transfer out of Auburn this offseason, leaving a bit of a bare cupboard for new Auburn skipper Gary Taylor. Sprint sensation Zach Apple announced earlier this spring that he would be transferring out to Indiana next season. Between Gonzalez and Apple, Auburn has now lost 172 SEC points, two SEC event titles and 8 relay legs from its 2018 squad.

Does this surprise anyone?

No one is suprised.

I bet Arizona State is feeling left out…

Nah, he isn’t named Jack or from Indiana.

What a great pickup for the Hokies! Keeping a great history of IM alive at Virginia Tech with what Robert Owen, Brandon Fiala and Reka Gyorgy were/have been able to do!

63
-19
Reply
completelyconquered
Reply to  That guy

When you’re already in the gutter all you can do is move up.

Jarrod Marrs is an Adonis.

3
-1
Reply
That guy
Reply to  completelyconquered

I mean, at least last season they had Gonzalez, Holoda, and Apple. Now? None

If I’m not mistaken they’ve been top 12 in the country for a looong time, which means there’s a lot of teams behind them.
I’m seeing a lot of people transferring FROM Auburn but no one TO Auburn… Gary Taylor won’t swim himself, he still need athletes… TALENTED ones.

The problem with Auburn swimmers was never with their top guns. It was everyone else. Hence their lack of depth to perform like they used to.