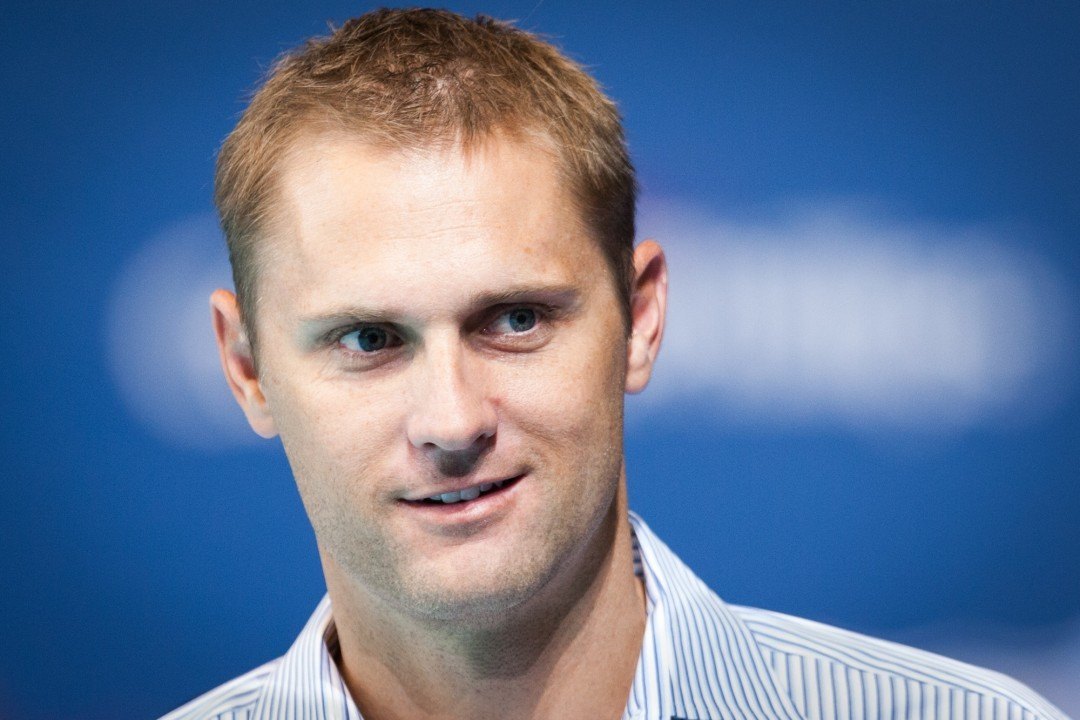 Auburn head coach Brett Hawke has resigned from his position, he informed the team of in a meeting on Wednesday afternoon. Hawke has served as the head coach at his alma mater Auburn for 10 seasons, including 1 overlapped as co-head coach with Richard Quick in the 2009-2010 season.

“I have enjoyed my time leading and giving back to a team and university that has given so much to me,” Hawke said. “After 10 years as the head coach, I feel it is time for me to find a new challenge and for the swimming and diving program to have a new leader. My wife Trudi and I have loved being a part of the Auburn community both as students and as parents. War Eagle forever.”

Hawke’s wife Trudi was paid by the university as a yoga instructor.

“I would like to thank Coach Hawke for all of his outstanding contributions to Auburn Swimming and Diving and for his 10 years of service to our student-athletes,” Auburn Athletics Director Allen Greene said. “We will begin the search for our next head coach immediately. Our goal is to find the best fit for Auburn, win conference and national championships and develop our student-athletes to be successful in life.”

During his tenure, Auburn’s men’s and women’s teams finished in the top 10 a combined 10 times. They produced 11 NCAA individual champions, over 68 SEC event titles, and over 450 CSCAA All-America honors. 14 Olympians representing countries around the world have also trained under him at Auburn.

Hawke himself is a two-time Olympian that represented Australia internationally as an athlete. Now a U.S. Citizen, Hawke has served on 3 different Olympic coaching staffs, serving as an assistant for Brazil in 2008 and 2016 and the head coach for the Bahamas in 2012. He’s also served as an assistant coach for the U.S. team at the 2011 World University Games and for the Brazilian delegation at the 2009 World University Games.

Prior to being elevated to co-head coach, and eventually solo head coach, Hawke was an assistant at Auburn from 2006-2009.

The Tigers won 3 SEC titles during his run, and he was named the NCAA Coach of the Year in 2009 after the men’s team won the NCAA title and SEC Coach of the year in 2012.

The Auburn women finished 16th at the most recent NCAA Championships while the men’s team finished 12th with 98.5 points. After having finished in the top 10 in each of Hawke’s previous 8 seasons, the Auburn men have placed 12th at the last two NCAA Championship meets. Their 98.5 points in 2018 were their fewest since the 1992 season, where Auburn finished 15th and scored 85 points.

Time to bring David Marsh back!

Any luck that Rich DeSelm reigns from UNC? Also, steady decline to nothing over the last 5-8 years…..

War Eagle Brett!! One of the best dudes ever. Good luck in your next adventure.

Some of these candidates, while up and comers, are just not the right choice. Jordan Jones is 23 or 24 years old and coaches a club.
Gangloff has never been a head coach at the D1 level. Denniston just started as a head coach at a smaller D1 school. Dugdale isn’t a big name, especially at the D1 level. These aren’t the right types of candidates for the job. Auburn needs to hire a coach with D1 experience, name recognition, and a proven track record. Also, this will be the new AD’s first hire, so he’s going to want to knock it out of the park….unless he just doesn’t care about the success of the swim program. To get… Read more »

there’s a whole graveyard of “big name” coaches in every sport, the type that you seem to think are the only ones capable of succeeding here, that end up doing nothing but cashing big checks at their new destinations. There are many young, energetic, motivated coaches at lower levels who could do a great job at Auburn. See NC State for motivation.

I’m not talking about tired, old graveyard coaches that are looking to go somewhere to die and collect a pay check. And I didn’t say younger, unproven coaches are incapable of succeeding in big time D1 coaching. I get it – a coach has to be given an opportunity to prove whether or not they can handle the job. NC State can take a calculated risk on a coach because they have no real history, nothing to lose. Auburn had a dynasty going from the mid 90’s to mid 2000’s. In my opinion, the one thing Auburn needs is as sure a thing as possible to get back to the top.

You have to be kidding. In the 1970’s, 80’s into the 90’s Coach Don Easterling was a coaching legend at NC State!! They have a terrific history of swimming excellence for those of us that really know the sport!!

I guess it just depends on your definition of excellence.

Exactly. I don’t put that program on the same pedestal as Auburn, Texas, Stanford, Cal, Michigan, even Indiana. And until recently, by your statistics, they haven’t been relevant in over 30 years as far as even the ACC is concerned. How many ACC teams have won NCAA titles? Answer – 0. I am not belittling their accomplishments in any way, but the point is that job is nowhere near as important and/or significant as the Auburn job.

Lots of swagger there, that would shake up the SEC.

Durden’s job to turn down.

Why would Durden leave Cal?

Because he’ll never win a title at CAL. Oh wait……

Jeff Dugdale. He will pave the way and demonstrate that regardless of “Division” number, great coaches are out there. What a great story.