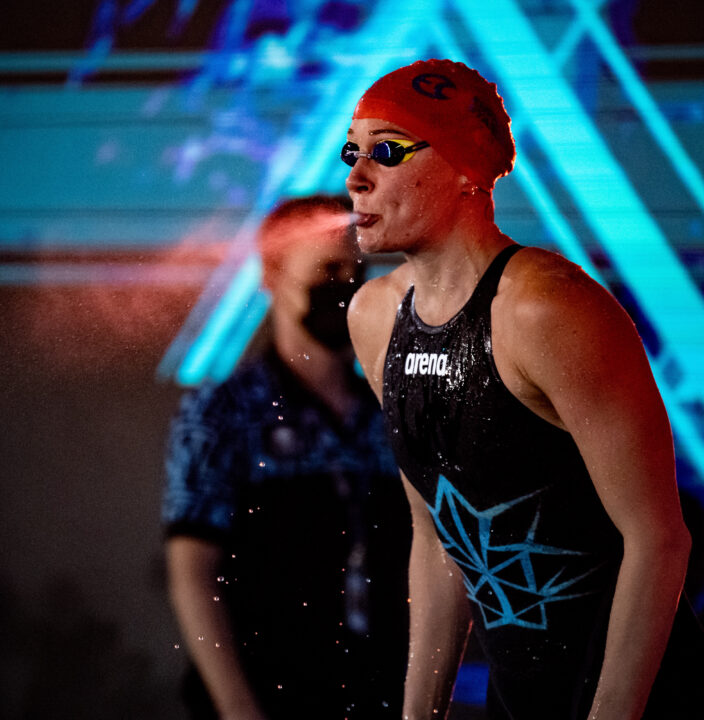 Energy Standard holds the top 3 spots in this season’s ISL MVP rankings, with Sarah Sjostrom and Siobhan Haughey figuring to battle for the season MVP. Current photo via Giorgio Scala

The current point totals for the season can be found here.

While Energy Standard holds the top three spots, the defending champion Cali Condors have four of the top 10, along with superstar Caeleb Dressel who sits in 11th despite only competing in three matches. All of the top-11 swimmers, with the exception of Iron’s Ranomi Kromowidjojo, will have the opportunity to improve their MVP standings in this weekend’s finale.

The MVP standings in the ISL can be a bit volatile and unpredictable due to the jackpot scoring system, which provides an opportunity for the league’s top swimmers to amass huge point totals for dominating races.

Caeleb Dressel, for example, scored 112.5 points in Match 4 alone due to the jackpot scoring, meaning that several swimmers are still in the running to take home league MVP. The league MVP holds an even higher significance this year with the ISL changing their payment structure to be focused more on race and performance bonuses.

Sjostrom was the Season 1 MVP in 2019, leading Energy Standard to the inaugural team title, and Dressel won the award last season as he helped the Condors to the ISL championship.

The ISL season finale kicks off on Friday night at 7 PM local (1 PM EST) in Eindhoven, with Energy Standard, the Cali Condors, LA Current and London Roar set to battle it out for the team title for the third straight season.

In the 2021 playoffs, Cali has beaten Energy Standard head-to-head, while the London Roar have beaten the Condors head-to-head. The final projects to be a great battle between the two clubs that have won the championship before, but the Roar have been rounding into form and will be aiming to shake things up a the top.

So mathematically it’s possible for Haughey to take it if Sjostrom has an absolute shocker and Haughey can jackpot the field in all her events. But unless Sjostrom really swims terribly, it’s not possible for anyone to catch up.