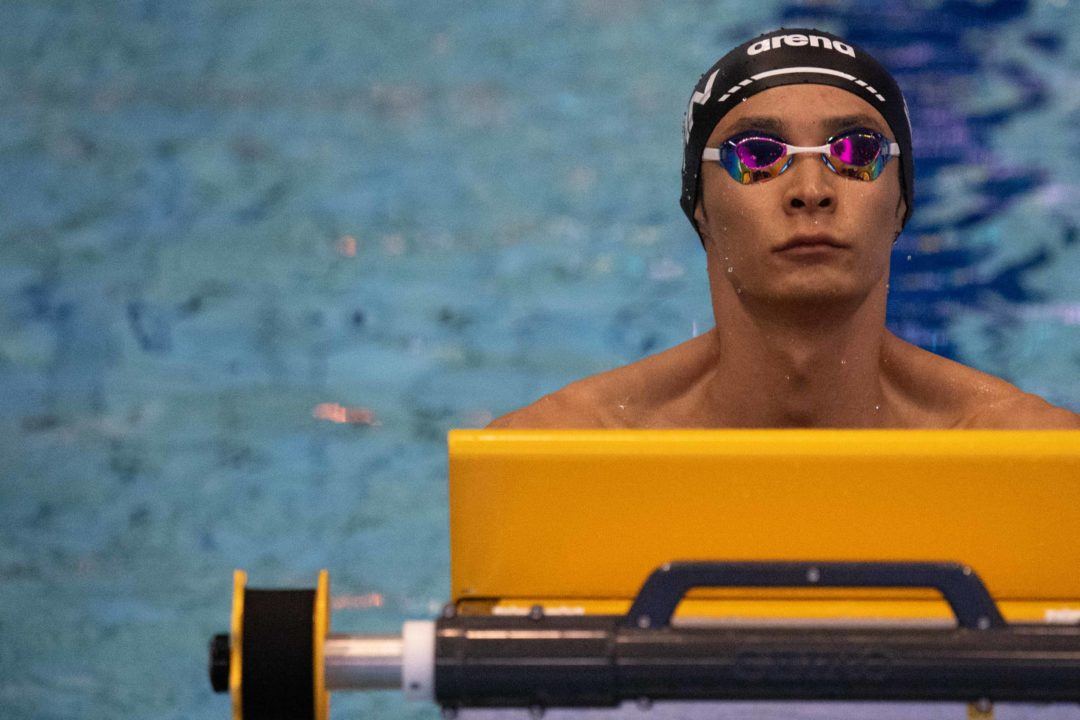 The timeless Ryosuke Irie collected his 12th national title in the men's 200m back to qualify for this summer's World Championships. Archive photo via Mike Lewis/Ola Vista Photography

The penultimate night of the 2019 Japan Swimming Championships saw additions to the roster for Gwangju, but several key swimmers will still need to perform next month at the Japan Swim to make their World Championships dreams come true.

16-year-old Miyu Numba doubled up on her surprising 400m free win from night 1 here in Tokyo with another victory to close out her meet. Numba took the women’s 800m free tonight in 8:30.62, holding almost a 2 second advantage over the next closest competitor in Waka Kobori.

The women’s 200m breast suffered the same fate, with winner Kanako Watanabe putting up a near-season best, but falling short of the QT.

One person who did make the grade was racing mainstay Ryosuke Irie, who remarkably captured his 12th national title in the men’s 200m backstroke. The 29-year-old Olympian rocked a time of 1:55.79 to clear the 1:56.27 Worlds QT, beat his previous season-best of 1:56.78 and check-in as the #2 swimmer in the world this season.

Behind Irie was Keita Sunama, who earned silver in 1:56.06, also dipping under the required QT. This is a new personal best for Sunama by just bout a second.

Ippei Watanabe also made waves, logging the 4th fastest 200m breast time ever with his 2:07.02 victory to make it to Gwangju. Details on his historic performance can be found here.