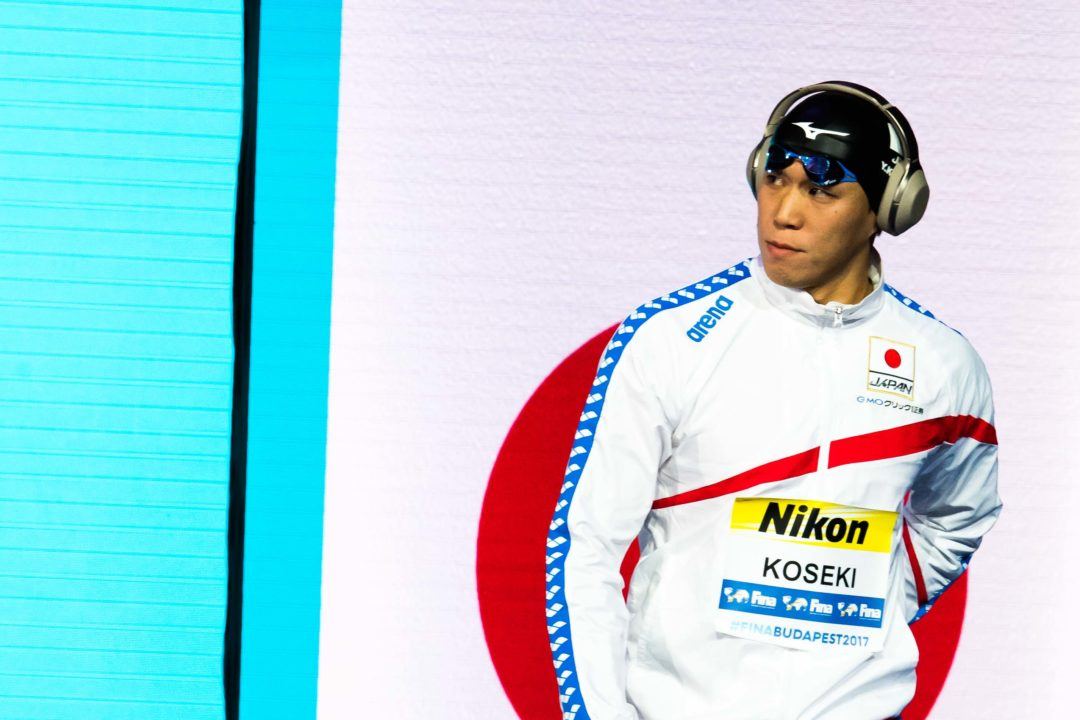 Japanese superstar Rikako Ikee‘s absence from these Japan Swimming Championships as she fights leukemia was felt today, as the women contested two of her premier events of the 100m fly and 200m free.

Fans and athletes can sign a sentiment wall at the Tatsumi International Swimming Center, which will then be formed into a card to be sent to the 19-year-old as she battles the disease.

In the pool, teammate Yui Ohashi got the job done in the women’s 200m IM, nailing a Gwangju qualifying time of 2:09.27 for the win. Post-race Ohashi said she was disappointed with the result, hoping to have been closer to her 2:07.91 National Record. But, the two-time Pan Pacs champion still has time to get nearer to that mark at next month’s Japan Swim before heading to this summer’s World Championships.

Behind Ohashi tonight was Rika Omoto  who stopped the clock in a mark of 2:09.91. That also clears the JPN-dictated dispatch 2 mark of 2:10.97 and shaves .02 off of Omoto’s previous season-best of 2:09.93 set at the South Aussie States this past January.

The pair remain as #2 and #4 in the world rankings this season.

In the men’s 100m breast final, 27-year-old Yasuhiro Koseki managed to slice .12 off of his semi time of 59.65 to check-in with a mark of 59.54 for gold, but that shockingly wasn’t enough to qualify the Asian Games triple gold medalist for Gwangju.

Koseki needed at least 59.38 to get a spot on the JPN roster, a time the World Championships bronze medalist is certainly capable of considering he won Pan Pacs gold last year in a time of 59.08. He holds the Japanese national record with his lifetime best of 58.78 from last year’s Mare Nostrum Tour.

He’ll still get a chance to qualify next month at the Japan Open, as will tonight’s runner-up in this 100m breast race Ippei Watanabe. The reigning 200m breast WR holder notched 59.58 to finish just .04 behind, while Hayato Watanabe rounded out the top 3 in 1:00.04.

The last final of the night was the women’s 100m fly where Hiroko Makino took the gold in a time of 58.39, a new personal best for the 19-year-old. A minimum of 57.45 was needed to represent Japan in Gwangju in this event individually this summer, but Makino should be named to the nation’s medley relay with her outing tonight.

Silver went to Suzua Hasegawa and her time of 58.55, while Yukina Hirayama also got on the podium in 58.76 for bronze. Just for perspective, Ikee holds the Japanese National Record in 56.08.

Reona Aoki will need to drop some time tomorrow night in the women’s 100m breast to nab an individual spot on the roster, but put up a solid semi outing of 1:07.48 to take lane 4.

Naito Ehara, last night’s 400m freestyle silver medalist, is at the front of the Kosuke Hagino-less 200m free pack, having clocked 1:48.40 tonight in the semi’s. Katsuhiro Matsumoto is gunning for gold right behind in 1:48.44, while Keisuke Yoshida is also right there in 1:48.45 to make tomorrow night’s final a close one.

What are these ridiculous qualifying times? Low budget provided for the swimming federation?

indeed , its pretty ridiculously high standard for them

I remember going into Rio a bunch of countries started implementing these really fast cut times for qualifying. And to be honest, that didn’t seem to work out well for any of those countries.