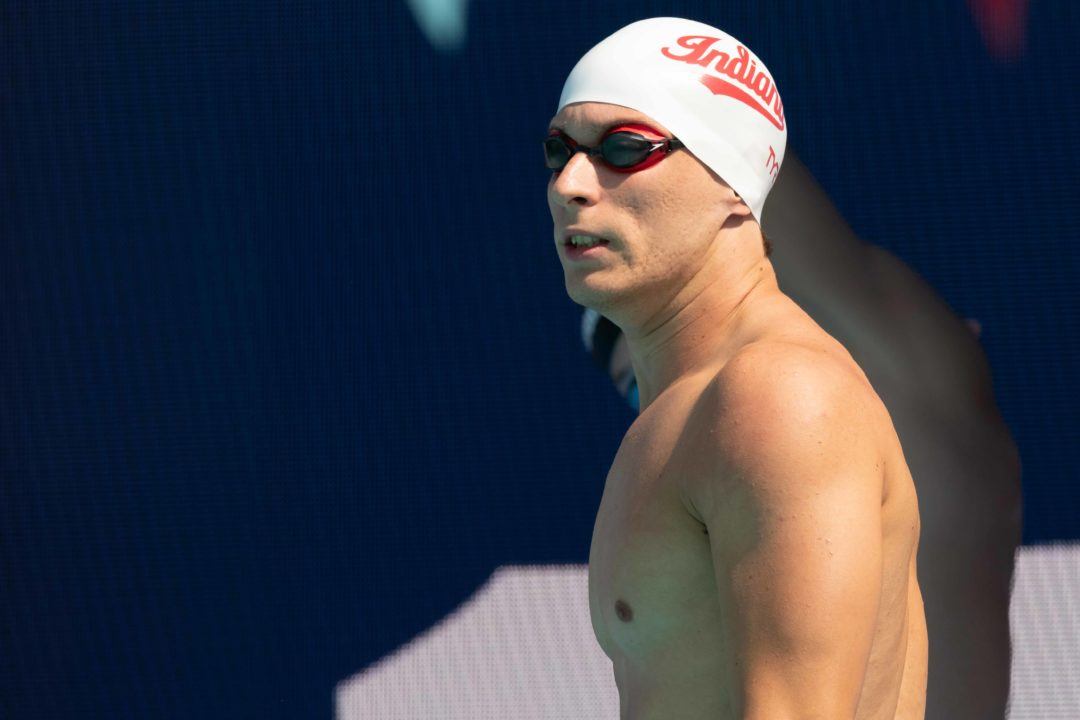 Ian Finnerty (above), the fastest-ever 100 yard breaststroker, will swim-off against Reece Whitley for what could be a determination of who goes to the World University Games and who goes to Pan Ams, depending on Sunday's finals. Archive photo via Mike Lewis/Ola Vista Photography

Update: Both Whitley and Finnerty scratched the 200 IM, meaning they’ll be well-rested for the swim-off.

With a tie looming for the a spot at the 2019 World University Games, USA Swimming will hold a 100 meter breaststroke swimoff between Reece Whitley and Ian Finnerty on Sunday after the preliminary session. The two tied for 2nd in the B-Final of the 100 breaststroke on Saturday, which, with the right number of doubles, and no withdrawals from teams could result in a tie for the last invitation to next year’s World University Games.

While we still don’t know that the swim-off will for sure be necessary (there’s a chance that there will be enough doubles that they’ll be tied for the first spot at WUGs, in which case both would go), by swimming now, at a meet where both swimmers are tapered, it avoids complicated scheduling later in the season for two swimmers who will be in the midst of their college seasons.

Two more doubles ahead of them are needed for the swim-off to matter, which seems likely.

Officially, the first option is for the two athletes to agree on a time and place, with USA Swimming intervening if they cannot. Both swimmers are entered in the 200 IM during the preliminary session. If they do the swim-off right after prelims, and neither scratches the 200 IM, that gives him at least an hour-and-a-half between races.

The last high-profile swim-off for a roster spot was in 2011, when Josh Schneider and Cullen Jones had a swim-off for a spot on the 2011 World Championship team (which was on a similar spot in the rotation, the year before the Olympics and with roster selection done in 2010). Jones won that race, which was held in May of 2011 in Charlotte.

This will be close

This would explain Whitley’s scratch in the 2IM.

Does anyone know if Finnerty scratched?