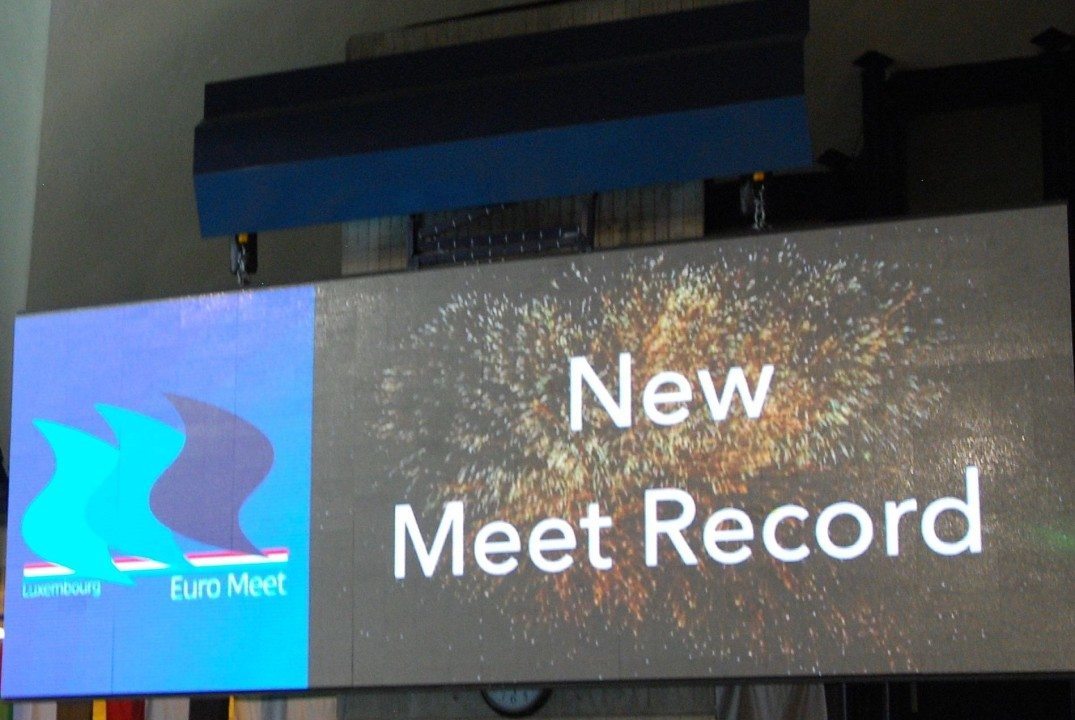 The 20th Euro Meet promises fast races with many of the World’s and Europe’s best swimmers.

Germany as well as Great Britain send many of their best swimmers to the Euro Meet. For the German swimmers, the qualification period for the 2018 European and Junior European Championships starts yesterday and ends on April, 29th.

Sweden’s Sarah Sjöström broke all sprint freestyle/sprint butterfly Euro Meet records last year. She bettered some records twice a day in 2017, but this won’t be easy to repeat on this weekend. Sjötröm will compete in the 50m and 100m butterfly, 50m and 100m backstroke, 50m and 100m freestyle. Another Olympic champion was set to compete at the Euro Meet: Katinka Hosszu. The organizers announced her participation at the end of 2017. But according to the entry lists, the Hungarian “Iron Lady” won’t attend the swim meet in Luxembourg.

Olympic Champion Adam Peaty will start in all breaststroke events. He will face Germany’s Fabian Schwingenschloegl, Ireland’s Jamie Graham and Germany’s Christian vom Lehn in the 50m sprint. Also in the 100m, the above-mentioned German swimmers plus Marco Koch and Peaty’s teammate Ross Murdoch are the fastest swimmers in the entry lists.

Apart from Adam Peaty, who is not a 200m breaststroke specialist, this race could be a tough battle between Ross Murdoch (GBR) and Marco Koch (GER). Murdoch was 4th at the 2017 World Championships and Marco Koch is the 2015 LC World Champion and world record holder on the 25m course. Koch could win the 200m breaststroke at the 2018 Euro Meet for the sixth time in a row.

On the women’s side, the 400m and 800m freestyle races promise to show a tough battle between Germany’s Sarah Köhler (2017 European Champion, SC, 800m freestyle and silver medalist 400m freestyle) and Great Britain’s Jazz Carlin who won the silver medal in both events at the 2016 Olympic Games.

Note: Many German topswimmers participate under the flag of their local swim club, like Marco Koch,  or the “umbrella association” of a German Federal State, like Philip Heintz. Therefore they will participate only in the relays of these organisations at the Euro Meet.

Talking about relays: They are always very exciting in Luxembourg, this year (for example) the 4 x 100 m mixed freestyle relay will feature two Swedish teams, two from Ireland, three under the flag of the German Swimming Federation (DSV) alongside relays from Switzerland, France, Italy and Luxembourg.

First LC meet of the season for the cosmopolitan Energy Standard team.
Obviously Kliment Kolesnikov’s races to watch (also the 200 im and 100 free besides the backstroke races), but also how will swim youngsters like Minakov, Stupin and on the women’s side Shkurdai.
Many other more experienced swimmers ( Romanchuck, Frolov, Georgia Davies, Marie Sophie Harvey and so on) also competing for the team under the guidance of James Gibson.