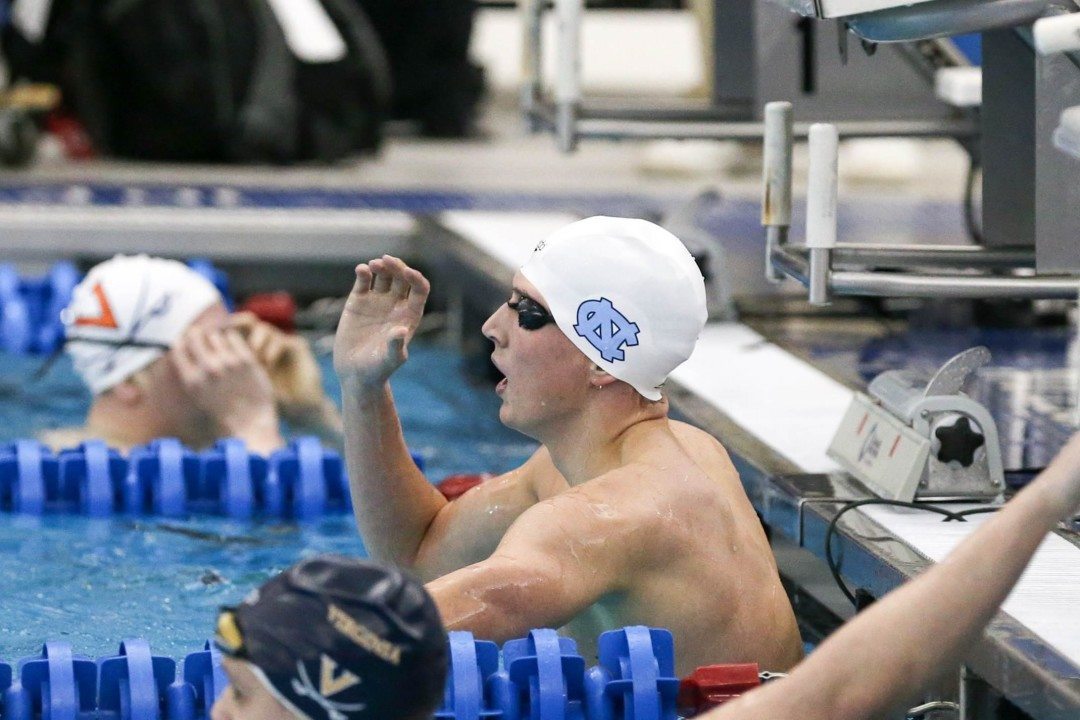 The Tarheels were just beginning their preparation for the Georgia Tech Invite (which kicks off on Friday) on this Monday when we arrived. Current photo via Tim Binning/TheSwimPictures.com

Today we stop in Chapel Hill at University of North Carolina, where Mark Gangloff has recently just taken over as head coach. The Tarheels were just beginning their preparation for the Georgia Tech Invite (which kicks off on Friday) on this Monday when we arrived. This meant that everyone was doing some sort of pace work. We got to see tastes from 3 different workouts.

The first group was Gangloff’s mid stroke group, which was a good bulk of the team. They das some pace work with speed and underwater mixed in. Workout as follows:

Next, Associate Head Jack Brown was running his IM group through all 4 strokes, stretching them out first and then working their way up to pace. Their main work was 12×50, 3 each stroke, 1 drill/build, 1 @ pace +1, 1 Pace.

Finally, assistant coach Michael Baric was working with a small sprint group, where they were doing some interesting resistive work followed by 100 pace 25s:

what an attractive looking team

Going to be fun watching UNC come back into power! Between UNC, UVA, NC State and Duke the VA/NC ACC battle will be huge.

Wish VT would join the mix and then things would be epic!

Coleman, can you elaborate on the purpose of the drill where the athletes are swimming with a paddle on one hand and a Drag Sox on the opposite (around the 3:57 mark)? Was it performed entirely as 1/2 stroke underwater with the paddle and full stroke with the Sox or was there a progression/different patterns?Thanks,